His most recent work Gay in the Military is a compilation of photographs along with interviews he personally conducted during three years on a road trip across the United States.  Cianni went on asking what made the LGBT community want to serve an institution that neglected to accept them.  The veterans and service men and women range from WW2 veteran to those who had recently served.

“I was moved to explore how many lives have been affected as a result of homophobia in the military.”

Gay in the Military portrays the stories of gay and lesbian men and women who served the country in silence.  The shadows and exposures of photography make it the ideal medium to give visibility and humanity to the sacrifices of gays and lesbians in uniform. In his collection he begins by photographing the veterans as soldiers in uniform ready to give there life for their country and as the photographs continue he begin to show the soldiers as not only soldiers ready for battle but also as homosexuals who are ready to fight for your freedom making it evident that it does not matter your sexual orientation what matters is your intention to fight for your country and for your freedom. “I went into the military to get away and just be who I was. I was dating a girl at the time and I knew I was gay. I wasn’t really out and experimental until I got out and when I got home. Back then they asked if you were gay. You were not allowed to be gay in the military at that time. I remember during basic, someone hit on someone and within a couple days they had him out of there. Now they don’t care if you are in but just don’t tell them. But if you tell them, then you’re out. It really isn’t right. When you’re in there doing your job well – there’s a lot of gay people that can do their job really well – they’ll throw you out just because you’re gay and get someone else who can’t do the job as good. “

“In 1968, everybody was in the closet, inside the military or outside the military. If you were found out, shipmates would throw you overboard just on general principle. If you lived, you were dishonorably discharged. You were ruined because in those days you couldn’t ever get a job doing anything with that kind of discharge.” 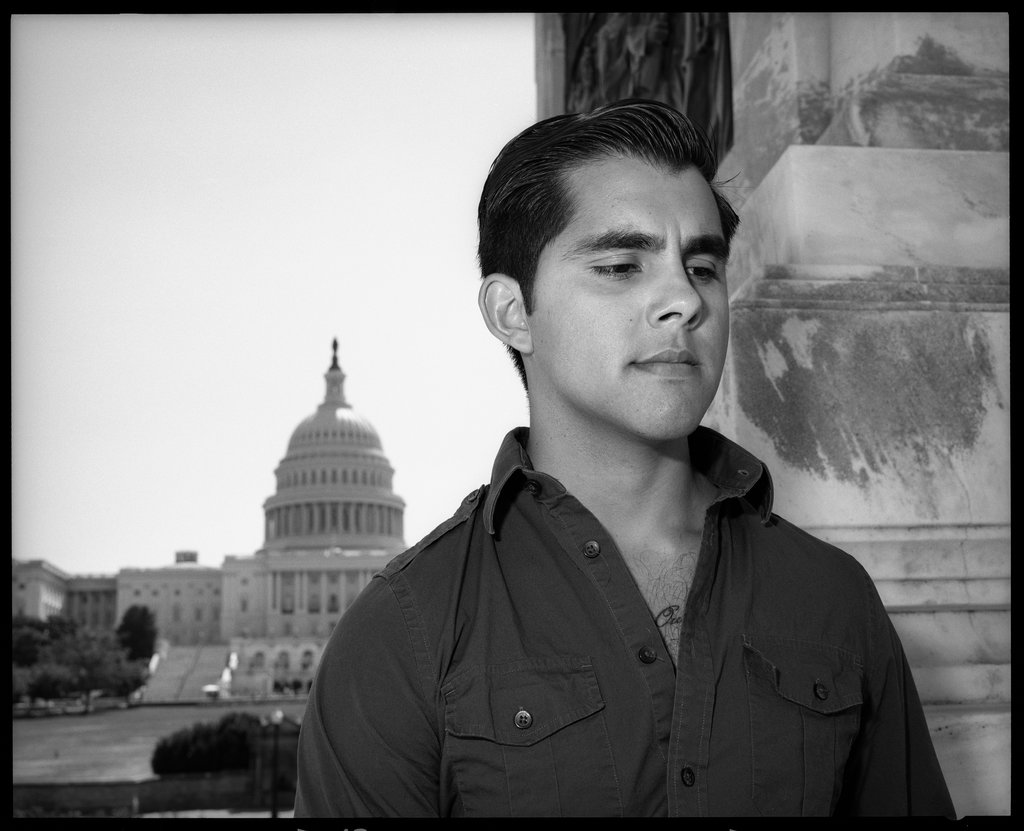 Honorable discharge after coming out to his commanding officer; suffers PTSD from years of abuse, hazing, and humiliation.  “The Naval Academy sent word that if I put in writing that I wasn’t gay that I could stay, which equated to the only way I could stay was to deny who I am. That wasn’t OK for me anymore. I’m just as ready to lead men and women. I’m just as ready to go to war. I am just as willing to die.”

“When ‘Don’t Ask, Don’t Tell’ went away, it felt like a weight lifted off my shoulders. I used to joke with my family that I’m going to need counseling after I retire because I wouldn’t have to be in the closet. I am beginning to feel all the years of not being me coming to a head. Sometimes the tears fall and I can’t stop them.”

“When I walked off of that base, I cried. I cried not because I was sad; I cried because I finally felt what freedom was like.”

For more than two centuries, homosexual conduct was a punishable offense in the armed forces. Sometimes even just coming out could result in the expulsion of being in your respective military branch. Issues followed along a history of abuse, harassment and discrimination based on sexual preferences.

Today, sexual orientation is no longer a reason for dismissal from the military, and same-sex spouses has been recognize for the purpose of federal benefits.  However this do not mean the end of discrimination for homosexual veterans who serve in the military.  It is still unknown if gay and lesbian servers will receive spousal benefits if they do not reside in a state that recognizes same-sex marriage.

While the Don’t Ask, Don’t Tell policy was repealed almost three years ago allowing open service by gay, lesbian and bisexual service members, transgender people are still prohibited from entering the US Military.

Veterans who were dismissed for being gay or lesbian are still fighting for a discharge upgrade, affecting their ability to gain some kind of health care coverage and find employment.

As we can see these issues are still happening today, discrimination against homosexual military servers still exist and the mission for full equality in the military is still incomplete.

Cianni describes how his work documenting gay in the military broadened his own perspective of understanding and accepting the difference of others.