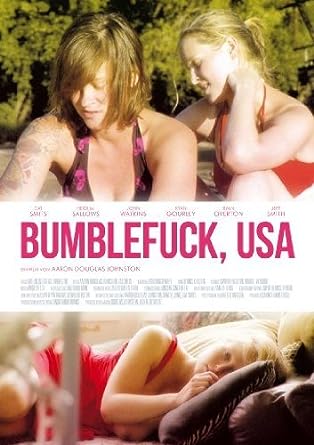 The movie opens with the suicide of Matt, a character that we do not know anything about at first. Alexa, a young Dutch woman from Amsterdam who was a close friend of Matt travels to the US in search of answers regarding Matt’s life. Alexa rents a room in a man’s home in Iowa where Matt grew up. Throughout the movie, Alexa makes a documentary which is comprised of interviews from people in the queer community who have come out. Alexa believes that Matt killed himself because of his sexuality because shortly before committing suicide Matt came out as being gay. The interviews we see throughout the movie discuss things that range from first kisses and dealing with their sexual identities to suicide attempts.

Throughout her interviews and exploration of Matt’s death, Alexa meets Jennifer. Actually, Alexa wakes up in what appears to be Jennifer’s living room after a night at the bar. When Alexa first opens her eyes she sees Jennifer who is working on a piece of art she is putting together from recycled materials. Jennifer offers Alexa a cup of coffee and in her rush to get out of the house, Alexa leaves with her coffee in hand. Then a few days later Alexa returns to Jenifer’s window with a fresh hot cup of coffee in hand and apologizes for running off so quickly. She then invites herself in through the window and insists that she go along with Jennifer to help her look for materials in the junkyard. From there, their friendship grows and soon Alexa realizes that she might be finding out more about herself from this trip than she had intended. Through rough questioning of herself and her sexuality Alexa finally comes to the conclusion that she likes Jennifer. This is commonly experienced by members in the LGBT+ community and it relates very strongly to the overall content of our class.

Though the questioning of her sexuality that Alexa, as well as many of the people she has interviewed are shown to have experienced fall in line with many of the readings as well as discussions we have had in class, this is not what stood out to me the most in the movie. There was one particular line during one of Alexa’s interviews with a lesbian woman that really caught my attention and made me think back to our very first readings. The woman being interviewed said something along the lines of how she thought it was ridiculous that women are only conceived as an idea so long as a man is involved. She then went on to talk about how society sees women only as compared to men and she asks why women can’t just be seen as women, and as stated it made me think all the way back to when we read “One Is Not Born a Woman” by Monique Wittig. Throughout which Wittig talks about how women only exist as a concept of the society which they live in. Wittig also talks about how if we could somehow no longer have the classification of man then we would no longer have to have the classification of woman and maybe things could be equal rather that men being superior simply because of their classification as a man.