Alternative Literacies at the Nexus of African Literary Studies and African Feminisms: A Co-Panel of the ACL(X) and the African Feminist Initiative. Comparative Literature has historically been at the forefront of valuing oral literacies and alternative forms of literacy that have exceeded the scope of  “English” and the conventions of highly disciplined textual study – “exceeded” in terms of re-negotiating both the demand for a written, canonical text and the approaches one might take to texts.  In an allied move, African feminisms affirm epistemologies of embodiment; alternatives to capitalist colonialism; kinds of African, feminist-based, understandings of the continuity and simultaneity of neo-colonialism, democracy and terror; and resilience rather than more simplified resistance. This panel seeks papers that articulate the co-constitutive relation between African feminisms and alternative literacies. Papers could include such topics as the anti-colonialist feminisms of writers as genre-breaking, complex, and various as Mariama Ba, Fatima Mernissi, Yvonne Vera, Ken Bugul, Dambudzo Marechera, Binyavanga Wainaina, and Bessie Head; the flourishing contemporary feminist expression in film, poetry, theatre and performance; the burgeoning of activist African life-writing supported by NGOs; the importance of market literature in feminist self-expression; the range of Muslim feminist self-expression on the continent; African feminist graffiti, graphic narratives, and activism; and African feminist literary theories and interventions in the academy.

Approaching the Arts of the Present:  What procedures do the arts of the present have in common? In what ways do these arts talk to one another or provide a fugal voicing of the contemporary? In what ways might comparativism be extended to study of the contemporary arts across mediums and disciplines?  This roundtable discussion will feature pre-circulated essays that focus on specific techniques, procedures, critical methods, formal approaches, and/or aesthetic assumptions in literary, visual, sound, media, or performance art in a global context. The roundtable is sponsored by ASAP/Journal, the scholarly journal of the Association for the Study of the Arts of the Present.

Collaborative Pairings: In this panel, we will overhear pairs of scholars in different disciplines engage in dialogue with each other. How did they get together, work together, what was their joint project, what did they achieve or fail to achieve, where and how did they publish, teach, or otherwise communicate or implement the outcome? Above all, what is the third, “extra” discipline that emerges from their speaking to each other across the disciplinary divide? Anna Santucci and Patricia Sobral will focus on the role of educators and explore the classroom as the site of extra-disciplinarity. Amy Patterson and Melissa Yang will discuss their mutual enthusiasm for researching collaboration at The Ohio State University’s Digital Media and Composition Institute (DMAC), where they met and promptly embarked on a collaboration of their own which continues today.  Keiko Shimojo and Shingo Saito will. These three pairs of collaborators will addressed their remarks and queries to each other, at least on the surface, while we as audience eavesdrop.

Democracy as Cultural Practice: This panels taps into the extra-disciplinary area of democracy as political institution and as a framework for studies of literary and culture. Recent broadly defined “democracy movements” in the non-West, such as the Arab Spring, Sunflower Movement, or Umbrella Movement, bring forth various cultural and political practices that may have exceeded canonical understandings of democracy. This panel invites short papers (no longer than fifteen minutes) that tap into the conjuncture between discourses of democracy and literary and cultural studies. The following questions can be addressed: how to read democracy as cultural practice from the lens of urban studies, everyday life, human rights, biopolitics, digital humanities, globalization, etc., and how studies of cultural practice, with attention to language, history, and form, can enhance and revise canonical understandings of democracy.

Flash-Forward: For the ultimate session of the conference, we will turn first to conference participants not otherwise on the program for their brief, spontaneous (“flash”) impressions of this ACL(x), especially in the contexts of: their future work within and outside of the “discipline” of comparative literature; and also of the institutional structures that sustain and inhibit comparative scholarship.

Globe, Planet, World: Comparison and the Problem of Disciplinary Scale: This panel takes as its starting point the proposition that “globe,” “planet,” and “world” are extra-disciplinary formations — large-scale comparative frameworks whose aim to bridge the distance between disciplines as much as continents. (Hence the idea of “disciplinary scale”). Accepting this proposition, the question then becomes: what are the disciplinary languages necessary for talking about “globe,” “planet,” and “world,” respectively? What is the history of each of these terms? What is the relationship between these terms (why is their status relative to each other)? Finally, which–if any–of these terms offers the most promising way forward for Comparative Literature in the 21st century?  Our thinking on this topic refers both to Spivak’s argument for “planetarity” (contra the “globe” of “globalization”) in the last section of ‘Death of a Discipline’ (2003) and the continuing appeal of the term “globe” as in Ngugi’s notion of “globalectics” (2012).

Probing the Borders of Literariness:  What is it that makes a literary text, when, and why? This panel invites contributors to probe the limits of literariness, to question the thresholds of in/exclusion that demarcate the field of literary studies. How do developments such as transculturation, technological innovation, cross-media fertilization, and the ever-widening horizons of world literary space reshape our understanding of the literary? Panelists will examine textual practices that challenge and/or cross accepted borders of literariness, including but by no means limited to, translations as literary texts in their own right, the porous border between fictional and non-fictional texts, the dynamic interplay and/or fusion of visual and verbal texts, and new textual cultures in everyday networked media, among others.

Reading black liquidity: This panel will present the notion of “liquid blackness” as an extra-disciplinary reading strategy focused on form, matter, space and movement, which is so because it follows the liquid modulation of blackness in the contemporary cultural spectrum, from popular culture to high art. An object-oriented and immanent approach formed in response to observation, rather than top-down theorizations, “liquid blackness” deploys a metaphorical language that describes the aesthetic dimension and sensuousness of blackness to address materialities that harbor fundamental ambiguities. A deliberate pressure point, liquid blackness applies weight, density, and mass to the overdetermined realm of black visuality while coming in contact with a number of current conversations in critical theory. Its conception of blackness as a type of affective sensorium augments the understanding of the relationship between aesthetics and politics; its commitment to the materiality of blackness puts it in unavoidable dialog with object-oriented and (new) materialist philosophies; its identification of the eroticism of the everyday racial encounter powerfully engages the affective turn; its attention to the cultural work of form aligns it with the paradigm of post-blackness; and its ontological concerns interact with conversations in Afropessimism and post-humanism. The panel will outline the stakes of “reading for” black liquidity within the above-mentioned conversations (Alessandra Raengo) and perform actual “liquid blackness” readings in a series of case studies that strategically couple popular culture with high art objects: Beyoncé’s “Formation” and William Pope.L’s art installation “Claim” (Lauren Cramer); HeLa cells and the collage work of Wangechi Mutu (Michele Beverly); the “color” of noise in jazz (Miles, Coltrane) and hip-hop (Public Enemy, Killer Mike) (Charles Linscott). 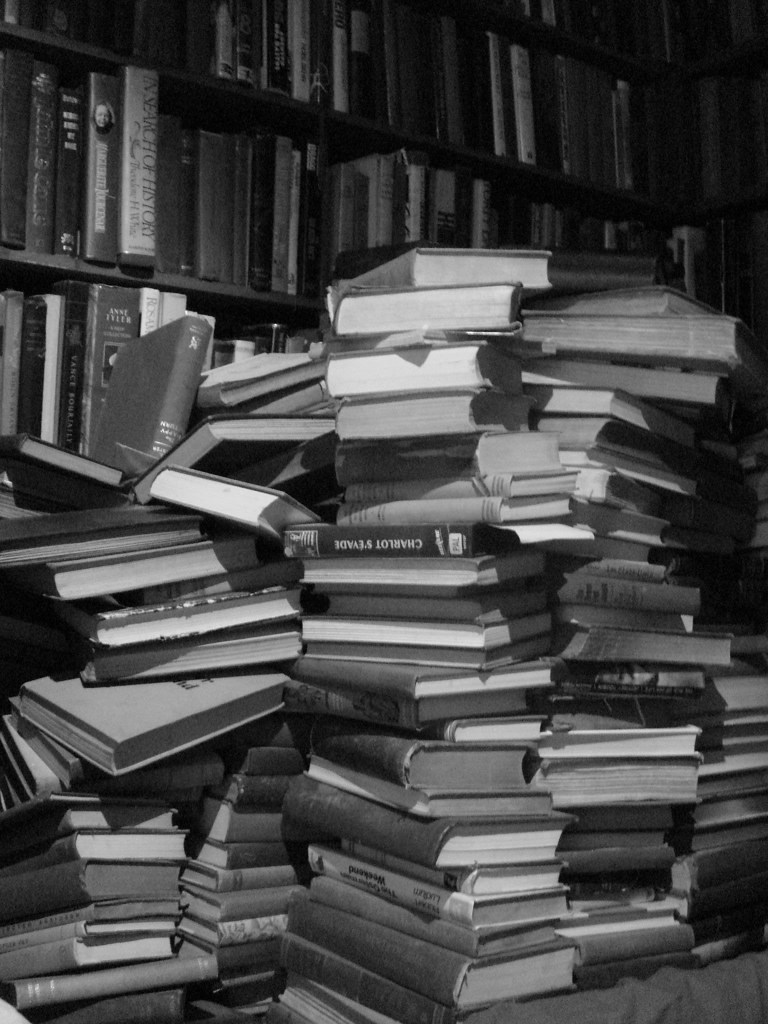 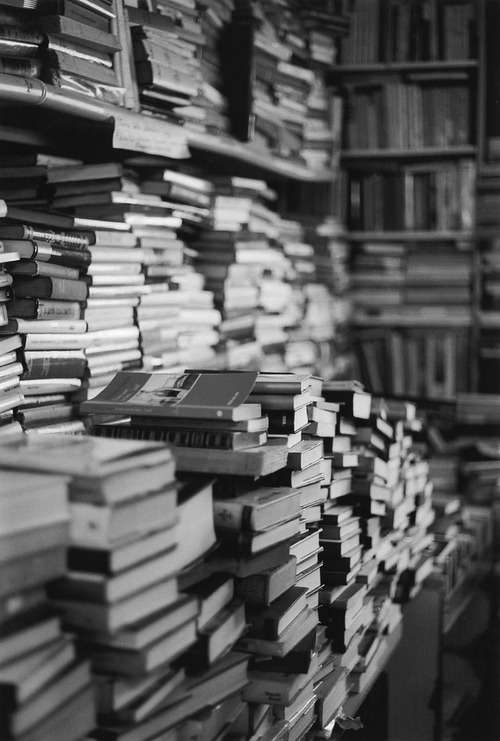