Read this RIGHT NOW. Or are you waiting till later?

“I get everything done at the exact moment I say I’m going to do it”. Said no one ever. Who are we kidding? Many of us have procrastinated in something within our lives. The textbook defines procrastination as “delaying the completion of a task or intended course of action” (Gruman, Schneider, Coutts, 2016). Have you ever caught yourself or someone you know saying: “Ehh, I’ll just do it tomorrow”? I’m right there with you. I know for a fact that I’ve been guilty of this countless times. For example, I might wake up one day and tell myself that I’m going to clean the house or my room that day. After a long day of work or a long day of doing schoolwork, I’ve found myself so exhausted that I tell myself that I’ll clean tomorrow and that it’s not a big deal.

I have always had a fear of failure and that’s exactly why I’d stay up all night or procrastinate. I’ve had the mentality often where I don’t think I’m intelligent enough to accomplish an assignment/project or that I won’t pass an exam because I’m not capable of retaining information in my brain and I’ll probably fail anyway. This mindset has made me push off doing things in an attempt to avoid that feeling of failure. From what I’ve learned through my studying in psychology, I’ve learned about exposure therapy and how I should slowly expose myself to my fears in order to hopefully one day overcome them, rather than avoid what scares me for the rest of my life. It obviously won’t change in an instant or overnight, but the little steps you take are so very important. I think I’ve come a long way from my middle/high school days in term of school work but there’s a lot more work to do (no pun intended). However, progress is key.

Another reasoning for procrastination has been described by researchers as being an issue of motivation (Gruman, Schneider, Coutts, 2016). Trying to find the motivation can be tough as well. I know for me, with the other aspects of depression and anxiety that I face every day, finding motivation can sometimes seem like the biggest task in the world. With this, and that fear of failure, some days it can be so difficult to convince the mind to engage into things. Studies have shown that students that are motivated, have the ability to focus their attention on the tasks/goals at hand, and organize themselves and their time and effort so that they finish what they need to get done (Gruman, Schneider, Coutts, 2016). It’s even harder when you don’t want to procrastinate, and you have the desire to so badly to do everything beforehand instead of the last minute, but those things that I mentioned above, hinder you from doing so.

In present day though, as mentioned before, exposing myself to that fear of failure very slowly is showing me a little bit that my idea of being “incapable” or “not smart enough” is my brain playing tricks on me. Some days I believe it 100% but now there are some days where I feel like I am capable instead and I’d call that progress. Exposing yourself to that fear (or any), can help to rewire your brain into thinking that you are capable. Besides, if I’ve ever learned anything, it was from one of my favorite Disney movies, Meet the Robinson’s, where the main message is to “KEEP MOVING FORWARD”, no matter how many times you think you’re failing. I hope that I get to a place one day where no anxiety, no depression, no lack of motivation, etc. will stop me from completing my tasks without hinderance/procrastination. Sharing this “fault” of procrastination that I see in myself is hard but necessary. What about you? Do you have situations/experiences of procrastinations that you’ve had in your own life? If so, why do you think you procrastinate? Is it different now than it was back in grade school? 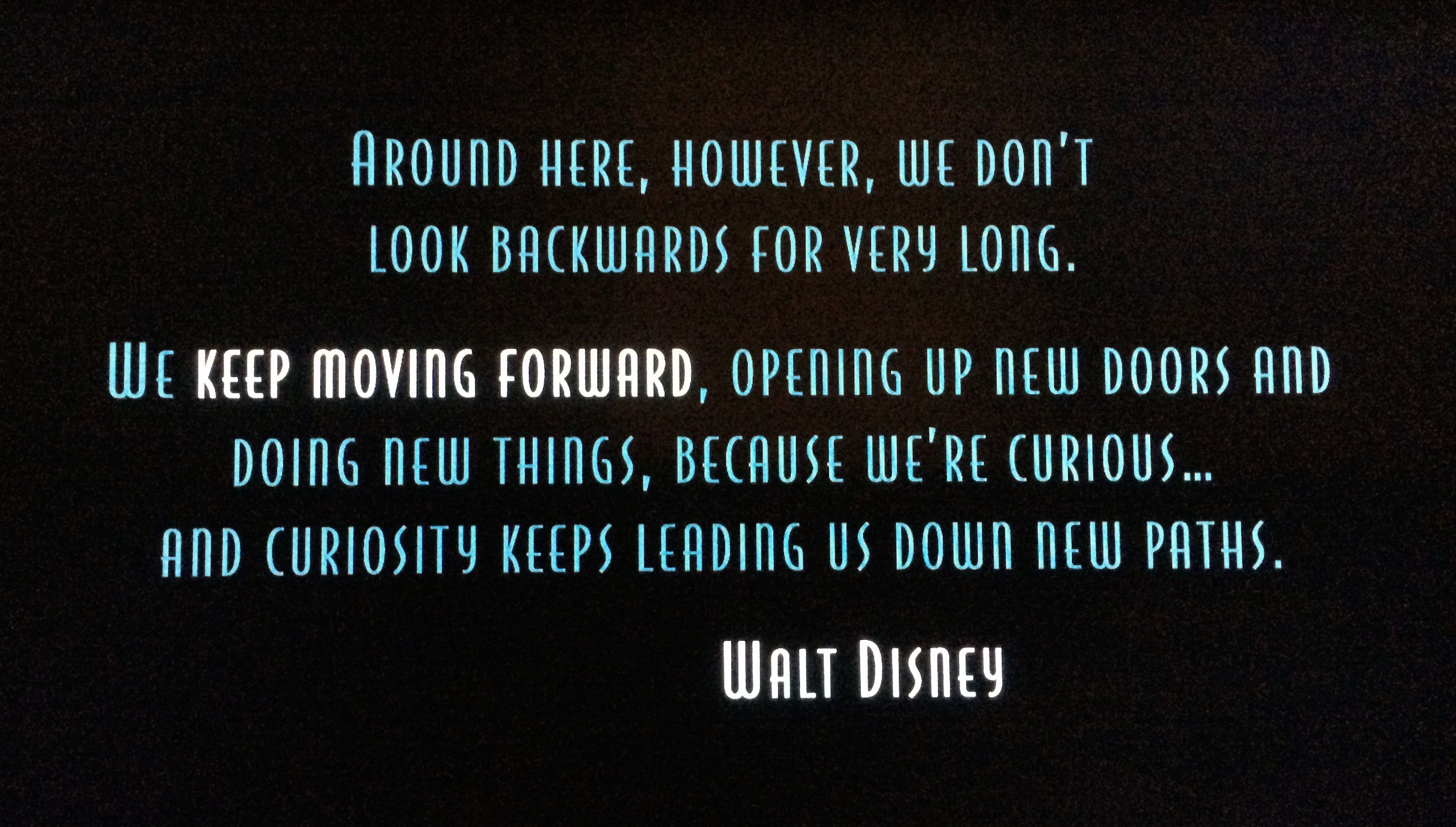 This entry was posted on Friday, March 27th, 2020 at 1:36 pm and is filed under Uncategorized. You can follow any comments to this entry through the RSS 2.0 feed. You can leave a comment, or trackback from your own site.