In order for us to better understand Tiberius and the legacy he left behind, it is necessary to review his life from all facets and angles. This includes Tiberius at a young age, and as he was growing up. Tiberius Claudius Nero was born on 16 November 42 B.C. to Tiberius Claudius Nero and Livia Drusilla. The exact date that he was born can be attributed to the writing of the historian Suetonius. Due to such massive connections of his parents to wealthy and integrated Roman houses, from birth Tiberius was set on a political life. However when Tiberius was only two years old in the year of 39BC after the old republic system of Rome using the Senate and Magistrates was toppled by the ambitious Octavian (Augustus), and an autocratic rule was established. This led to his mother Livia divorcing his paternal father Tiberius Claudius Nero and marrying Augustus. This made Tiberius the stepson of the future ruler of Rome and the most powerful man around.

After this bit of action, Tiberius’ childhood was relatively uneventful until the death of his paternal father in 32BC. At this point he made his first public appearance at the funeral of his father and read his eulogy for all to hear. After this is when Tiberius really started stepping into the limelight. In 31BC after the battle of Actium, Augustus had shown himself to be the ruler of the Roman Empire. This made Tiberius the son to the head of state. Therefore in 29BC he took part in Augustus’ triumph for the Actium campaign and sat next to Augustus in his triumphal chariot. Two years after this Tiberius was considered a man and Augustus led him into the forum as he donned the gown of manhood. Three years after that, at the age of 17, he became a quaestor and was given the option of standing for a praetorship or consulship five years before legally allowed by the law. Now that he was in the political game, he was sent by Augustus east to the Parthians in 20BC. These were the same Parthians who had captured several of the Roman eagles, and Tiberius oversaw their journey back to Rome. Upon arriving in Rome from the East, he was granted praetorian rank and in 13 BC he was named consul. It was around this time also that we was happily married to Vipsania Agrippina the daughter of Augustus’s right-hand man, Vipsanius Agrippa. With Vipsania, Tiberius produced a son named Drusus.

In 12BC Augustus’s right hand man Agrippa died and Augustus forced an unwilling Tiberius to marry his widow Julia, and divorce his

current wife Vipsania. This marriage was not a happy one, for Tiberius’ heart belonged to Vipsania and he was completely banned from seeing her. Never the less, Tiberius’ life kept marching forward and so did his duties and place in the state. He became an important general for the state and was elected consul again in 7BC and was granted tribunician power in 6BC. In principle he was the new heir to the Augustian throne after Agrippa died. However without warning in 6BC he announced a complete withdrawal from public life and decided to self exile himself to Rhodes.

This came as a huge shock to Augustus and he did a complete about face against Tiberius. He no longer considered him the heir and instead turned to others below him. Eventually Tiberius realized the folly of this journey to Rhodes and requested passage back to Rome. Augustus denied this passage every time. When Tiberius’ powers ran out in 1 BC they were not renewed. However in AD 2 a ship came to Rhodes with news for Tiberius. The next successor Lucius Caesar had passed away by an illness. Thus Tiberius returned to Rome as a back up option in the list of heirs. 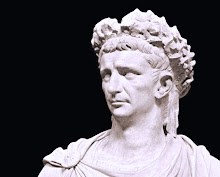 Following this however the next heir in line Gaius Caesar died of a wound sustained at a siege. Augustus was devastated, as his perfectly laid out plan of succession was ruined. Henceforth he called Tiberius out of private life and adopted him fully as his son, with the stipulation that he adopt Germanicus, his nephew, as his son. This was another attempt by Augustus to have a new line of heirs in case of disaster, and one that would have his own blood flowing through them. Now with Tiberius as the clear successor, he also received grants of proconsular power and tribunician power, and in AD 13 his proconsular power was made co-extensive with Augustus. This made them in effect co-rulers so that when Augustus finally died on 19 August A.D. 14, no one could question Tiberius’ ascension to sole ruler.