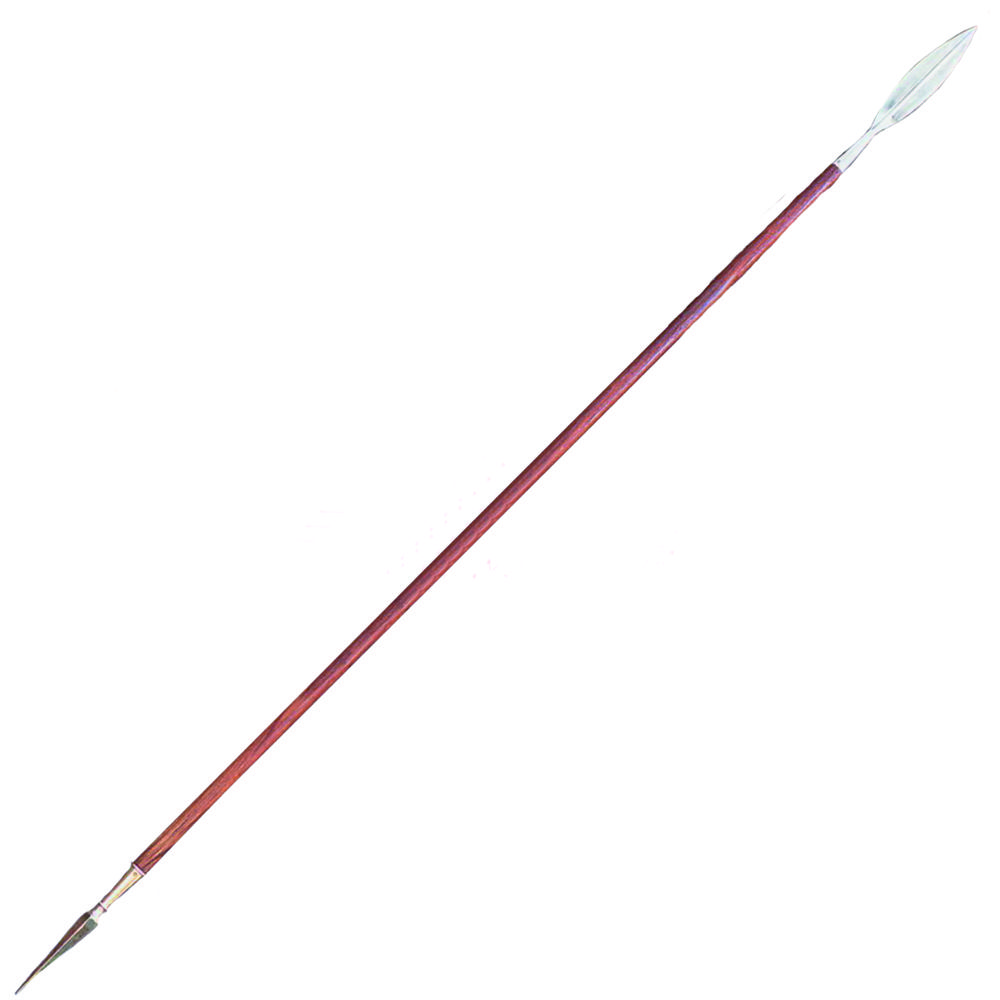 [16] A hoplite spear. Notice the leaf-shaped blade and the butt-spike on the reverse end.

The spear was the most important offensive weapon of the hoplite solider.  It was  typically eight feet in length and had a leaf-shaped blade on the stabbing end and had bronze butt-spike on the other.  The butt-spike was called a sauroter. This translates to “lizard killer”, a name given because it was often stabbed into the ground to hold the spear upright.  The butt-spike could be used to fight if the normal spear tip shattered, which could happen on impact with an enemy’s hoplin.  The butt spike had an armor piercing profile, leading some to believe that the butt spike was used to finish off fallen enemy soldiers as the phalanx marched over them.

The length of the spear is particularly important to phalanx warfare.  One result of its significant length was the extended reach of the spear.  The eight foot length allowed not only the front line to engage the enemy, but also the next two or three lines as well. The spear could also be used to get around the guard of enemy hoplites by underhand or overhand thrusts. Underhand strikes gave the hoplite more control but less power and overhand strikes. These thrusts would get allow them to get past the hoplon and strike at either the neck/face or the groin/thighs, depending on which method of attack was used.