The Archaic Age started around 750 BC and lasted until approximately 480 BC. The main societal change that occurred in this era was the development of the polis. A polis is Greek city-state, each polis had its own laws and form of government. At the height of ancient Greece, there were over 1000 poleis. The majority were run under a system of democracy, so war could only be waged with a majority of the population in favor for it (Sage, 71). The warriors of each polis weren’t typically professionals, with the exceptions of the Spartans.

The other main change seen in the Archaic Age was the development of the famous hoplite warrior. What made the hoplite unique was the large hoplon shield that they was carried. The shield was interesting in the fact that it was convex, and the warrior could effectively take cover in its convex shape. The other adaptation that made the hoplite shield more effective was its double-strap design, allowing it to be held through a central arm loop a grip near the edge. 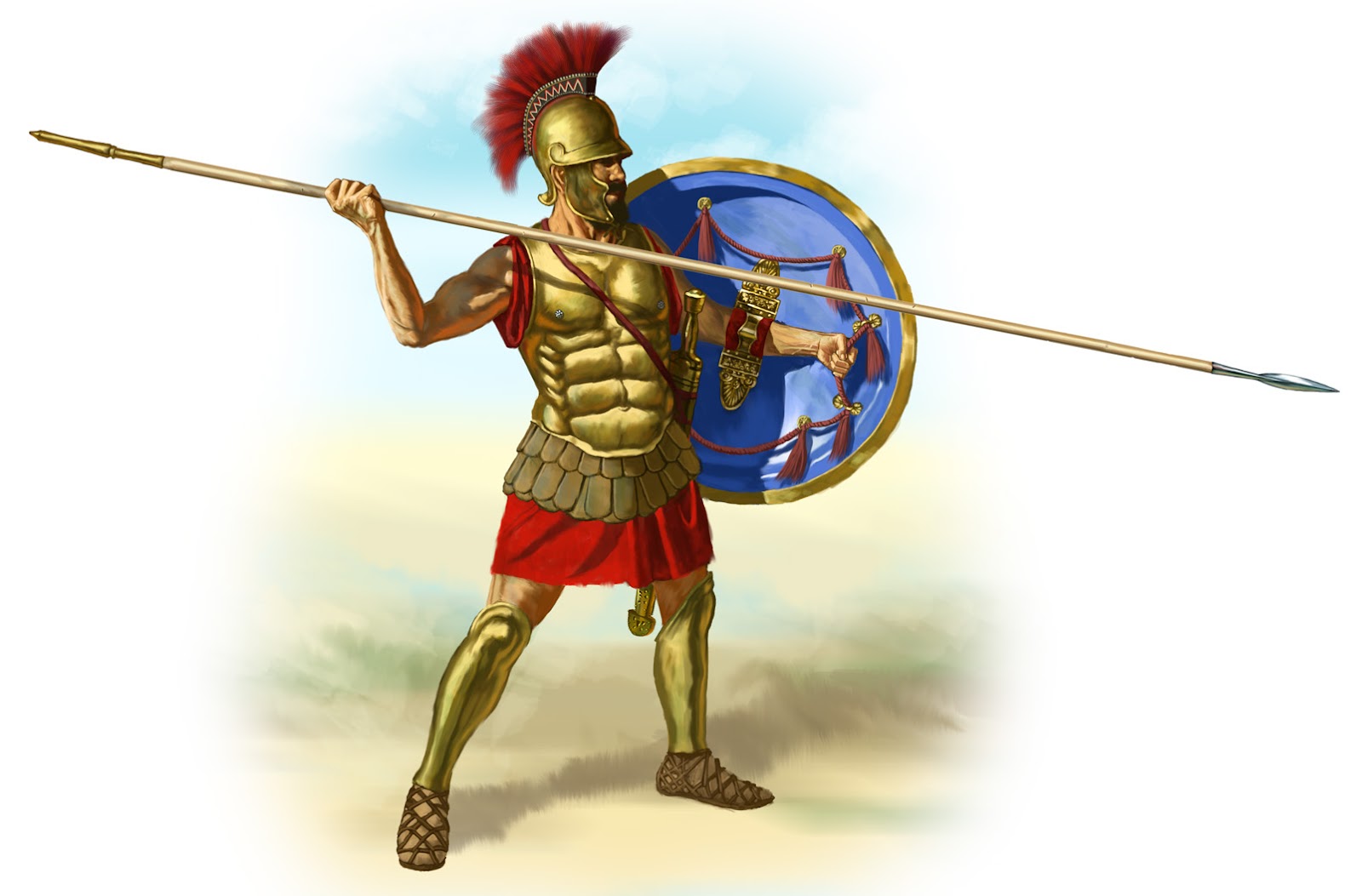 [12] The hoplite: equipped with hoplon, spear, greaves, breastplate, and helmet.

These hoplites fought in a new, dominating tactical formation called the phalanx. The hoplites were the first troops in ancient Greece to utilize bronze greaves. Hoplites also carried eight foot long stabbing spears with a butt-spike on the end. The hoplite helmets continued to change over time, gradually opening up the face and the ears. More information about hoplite equipment and tactics can be found in other sections of this webpage.