Today I’d like to discuss a word that many people grimace at when heard. Other people think that it’s something that has developed so much at this point that it’s ridiculous to avoid it. Some people call it dangerous. Some say that our future would be lost without it. It’s been buried, but some people say that its toxins will seep out and harm everyone around us. Today, the word I would like to discuss is “nuclear.”

All of these images are propaganda against nuclear energy created out of unreasonable fear. People fear nuclear energy as the monster under their beds. When one doesn’t know that the danger doesn’t actually exist, it feels very real. Once it is explained though, one can gain comfort.

Now, when people hear meltdown, they instantly think of an immense disaster, though this was not the case. People think that radioactive reactors are in complete exposure to their surrounding environment, though this is completely false. “The containment building worked as designed. Despite melting of about one-third of the fuel core, the reactor vessel itself maintained its integrity and contained the damaged fuel.” There was only a minuscule amount of radiation that escaped the plant. All experiments done to measure this amount of radiation proved it to be no more than background radiation levels, “This was confirmed by thousands of environmental and other samples and measurements taken during the accident.” (Three Mile Island Accident.) The largest contributor to the surrounding panic of the incident was communication problems that led to conflicting information being delivered to the public. It would do well to note that no one was killed nor injured by this incident, and there were no lingering effects due to it. 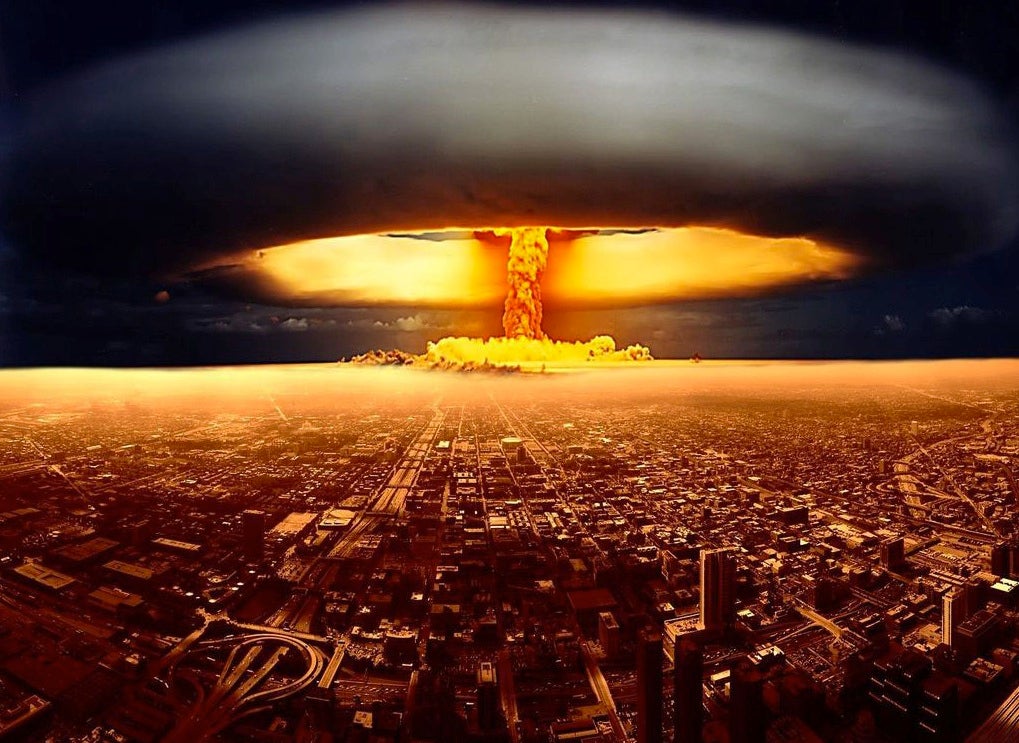 The fear surrounding nuclear energy due to the immense devastation inflicted on Hiroshima and Nagasaki during the August 1945 bombing near the end of the Second World War is understandable. I have been to ground zero at both sites in Japan. The result of the bombings was the formation of two immense lakes- some of the largest ever formed by mankind. I took a ferry from one side to the other and it was not a short ride. Though this does demonstrate the destructive power behind nuclear bombs, it clouds the public’s judgement into thinking that all nuclear power is destructive. The way I ask you to view this is the same way that you would view fire. Fire has the ability to warm your house in the hearth of your fireplace, but it also has the ability to turn your entire house to charcoal. The difference between the two is control. Chernobyl is the absolute nightmare of nuclear energy. The Chernobyl incident occurred in 1986 in the former USSR due to a reactor that was flawed in design and operated by inadequately trained personnel. Chernobyl was the equivalent of 1 million Three Mile Island meltdowns. The meltdown released more radiation than the intentional bombing of Hiroshima. Chernobyl was the only nuclear related accident in the world where people died as a result. Two people died as a result of the explosions the night of and another 28 died within a few weeks due to acute radiation poisoning. The incident occurred because the operators wanted to test how long the turbines would spin and continue to supply power to the main circulating pumps following a (simulated) loss of main electrical power supply. The issue with this is that, in order to test this, the Chernobyl operators intentionally turned off all automatic shutdown mechanisms- a recipe for disaster. What followed was explosions, a meltdown, and 5% of the radioactive material being released into the environment. An incident like this should never have happened. It would never have happened under educated, intelligent supervision, but it did. Let it be a lesson. (Chernobyl Accident 1986.) If there’s anyone out there who likes numbers, the following should be comforting.

Now that we’re done addressing those fears, let’s talk about why we should be using nuclear energy.

Nuclear energy is reliable, safe, and efficient. Nuclear energy is produced and monitored by highly trained scientists and engineers at all times, which is not something that can always be said for fossil fuel plants. “The safe operation of each nuclear energy facility is overseen by experts from the U.S. Nuclear Regulatory Commission (NRC.) American nuclear energy facilities are among the most highly-regulated in the world, with NRC inspectors onsite at facilities 24 hours a day, seven days a week, 365 days a year.” (Conserve Energy Future.) Nuclear energy is produced at an 91% operational efficiency. To make a quick comparison, the operation efficiency of other fuel types are as follows: Wind, 32%;  Natural Gas, 50%,  Coal, 59%. (Nuclear Energy Institute.)

One major concern of people with nuclear energy is radiation seeping into their surrounding environment. One thing I would love to tell you: I grew up within 20 miles of a nuclear power plant, and I didn’t even know until my senior year of high school. Living near a nuclear power plant is less dangerous to your health than having granite counter tops in your kitchen. Regard this illustration presented by the World Nuclear Organization on the radiation exposure throughout the life on an average American:

Nuclear energy is not dangerous; it is the future. In 2013, the United States received approximately 19% of its electricity from nuclear energy. (Nuclear Energy Institute.)

Though this figure is impressive, we have a tremendous amount of untapped potential.

“In 2012, France derived 77 percent of its electricity from nuclear power.” (Institute for Energy Research.)

Not only is nuclear the future, it’s lucrative- and who doesn’t like money?