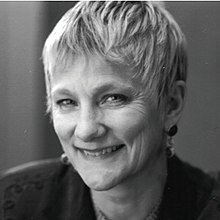 As someone who grew up moving around a lot (from Missouri to Illinois to Virginia to West Virginia) I feel a connection to the great technologist Dr. Anita Borg (1949-2003), who “grew up in Palatine, Illinois; Kaneohe, Hawaii; and Mukilteo, Washington” (“About Anita Borg, Co-Founder of GHC”). Not only was Borg an extremely intelligent computer scientist, she also was a forerunner in encouraging other women to pursue the field as well.

As a young wife, Borg worked at a small insurance company while her husband went through school. She taught herself to program and went back to school to get her ph.D. in computer science from New York University. For many years, Borg worked as a researcher in different organizations such as Digital Equipment Corporation and Xerox. One of her greatest technical accomplishments was “a performance analysis method for high-speed computing systems” (“Anita Borg , Researcher, Xerox Park; Founder, IWT”).

The hallmark of Anita Borg’s career, however, was her efforts towards encouraging women to pursue technology in the 1980s and 1990s, way before it was “trendy” to do so. After attending a male-dominated tech conference, in 1987 Borg was inspired to begin Systers, “an electronic mailing list on technical subjects exclusively for women who are engineers” (Hafner). Systers allowed women to “discuss issues they experienced at work and share resources with each other” (“Anita Borg”).

In 1994, Borg founded the Institute for Women In Technology (IWT). Today known as the Anita Borg Institute for Women and Technology, this institute “seeks to increase the impact of women on all aspects of technology, and increase the positive impact of technology on the world’s women” (“Anita Borg Institute for Women and Technology”). In the same year, Borg co-founded the Grace Hopper Celebration to celebrate the life of Grace Hopper (a cool tech lady we discussed last week) and allow women in tech to network and expand their skillset. In 1999, former president Bill Clinton appointed Borg to the Commission on the Advancement of Women in Minorities in Science, Engineering, and Technology.

Borg received a plethora of awards throughout her career, including an honorary doctorate from Carnegie Mellon, the Juliet Gordon Low Award from the Girl Scouts of America, and the Heinz Award for Technology, the Economy, and Employment.

In 2003, Borg pasted away from brain cancer at the age of 54. Although she is no longer alive, her impact is still felt to this day. One of my favorite Anita Borg quotes comes from an interview I found from “Girl Geeks,” an extremely dated website from 1999.

“Being in technology is hard, but in the bigger picture, anything that is really worth doing in our lives — stick with it. See if you can find ways to combine your vocation and your avocation, your intellect and your passion!”

What a wise tech lady.

Image Courtesy of Technology for You