At this point, my readers should not be surprised to hear the inventor of the term “software engineering” was a woman. Margaret Hamilton, an American mathematician and innovator in computer science, picked this term because she wanted to “legitimize” software among other types of engineering, while making it distinct from hardware. Hamilton was working with software when it still was a “wilderness,” and knowledge was largely passed down from person to person. This new field was vital to NASA’s Apollo missions, and Hamilton’s efforts largely enabled the United States to put the first man on the moon (Creighton). 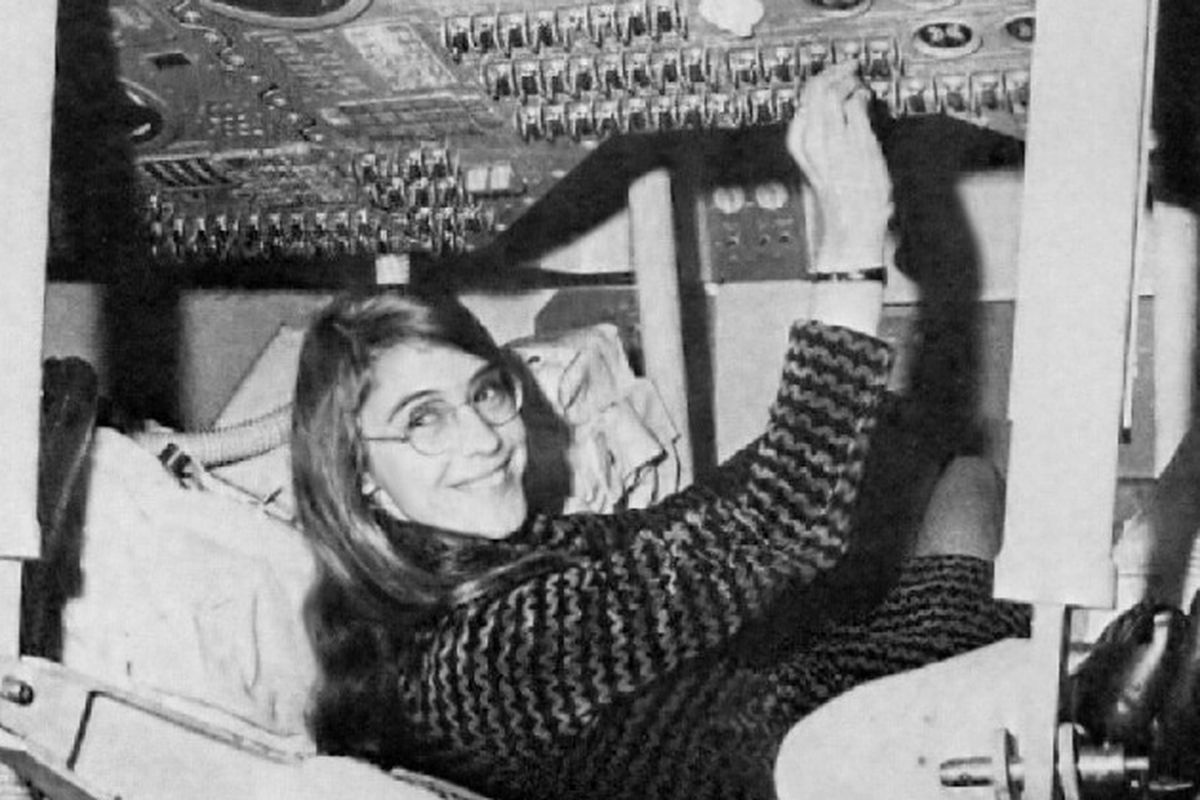 But who was Margaret Hamilton, before she became one of the first voices of the tech industry? She studied at the University of Michigan and Earlham University, earning her bachelor’s in mathematics from Earlham in 1958. She married James Hamilton and worked on weather-predicting software at MIT to support him as he pursued his law degree at Harvard. Hamilton acknowledges she was always was a minority in her field, but she was encouraged by her female math professor Florence Long to pursue mathematics. Hamilton was also inspired by her father, who was a philosopher and poet, and her grandfather, who was a Quaker minister, to minor in philosophy. Hamilton claims “All of these influences from those related to the fields of mathematics and philosophy helped to decide and integrate what was important for the path that I would take in the fields of computer science” (Creighton).

In 1959, Hamilton started working in the Lincoln Labs on the Semi-Automatic Ground Environment (SAGE) project to create a program to identify “unfriendly” (enemy) aircraft. Hamilton says during this period she became interested in software reliability because “when the computer crashed during the execution of your program, there was no hiding. Lights would be flashing, bells would be ringing and everyone, the developers and computer operators, would come running to find out whose program was doing something bad to the system” (Creighton).

In 1963, Hamilton began working for NASA at MIT to create the onboard software the astronauts used during the Apollo missions. The stakes were high, as lives were on the line, but in the words of Hamilton herself “the greater the challenge, the more fun we had” (Creighton). Hamilton’s team successfully created software that displayed warnings to the astronauts, which turned out to be vital in ensuring their safe return to Earth.

Here, you can see Hamilton standing next to the hundreds of thousands of lines of code her team wrote for the Apollo missions, which has recently been uploaded to the code-sharing website Github (Collins).

After working for NASA, Hamilton started her own company, Hamilton Technologies, INC.  In addition to being a cool tech lady, Hamilton is also a mother, and brought her daughter to work with her during the evenings and on weekends to spend more time with her. In 2003, Hamilton received the Exceptional Space Act Award and in 2016 she received the Presidential Medal of Freedom from Barack Obama in recognition of her pioneering work in software (“Margaret Hamilton”).

Creighton, Jolene. “Margaret Hamilton: The Untold Story of the Woman Who Took Us to the Moon.” Futurism, Futurism, 19 Nov. 2016, futurism.com/margaret-hamilton-the-untold-story-of-the-woman-who-took-us-to-the-moon/.

“Margaret Hamilton.” What Was The First PC?, www.computerhistory.org/fellowawards/hall/margaret-hamilton/.