JonBenet’s beaten and strangled body was discovered in 1996 at her parents’ home in Boulder, Colorado. It was a day after Christmas, a day after she got a bike as a gift.That same day, her parents had called police to report her kidnapping. They said they found a note demanding a ransom of $118,000 for her return. She was found dead in the basement of their home. Around that time, the Grand Jury voted to indict the parents with charges of child abuse resulting in death and being accessories to a crime.

Although her parents  have always maintained that an intruder killed the little beauty queen, previously sealed court documents released Friday show that a Colorado grand jury voted in 1999 to indict  the parents of murdered 6-year-old JonBenet Ramsey with charges of child abuse resulting in death and being accessories to a crime.

So even till this da, the questions still remain. . Her parents lived under a cloud of suspicion. Were they involved? Was there an intruder in the house that night?

1) Lock Up Your Stuff

You can start by locking your door every time you leave out your room, even if your just stepping away for a couple of minutes. When you leave for the holidays or a long weekend, lock up your valuables or take them with you.

If you have expensive items, engrave them if you can. This way, if someone steals it, you will be able to identify it immediately.

You should make sure that all you electronic (your phone, computer, iPod) have a password protection. This will protect your information if it’s stolen.

You should always be cautious, especially with your valuable things. I’m not saying that you shouldn’t trust people, I’m just suggesting that you be careful.

Recently, two men forged court documents helped two murders escape prison. They are now on the run. Authorities now say prison officials were duped by the court documents, which included a fake motion from a prosecutor and a judge’s forged signature.

Because of this incident, the courts had to make sure no one else had been released mistakenly. A judge in that case said that there were several red flags that should have attracted the attention of the court clerk’s office or the Corrections Department. It wasn’t clear exactly who dummied up the paperwork or if the two cases were connected. The authority is doing all that they can to find these two murderers. This just goes to show that even the government makes brutal mistakes. 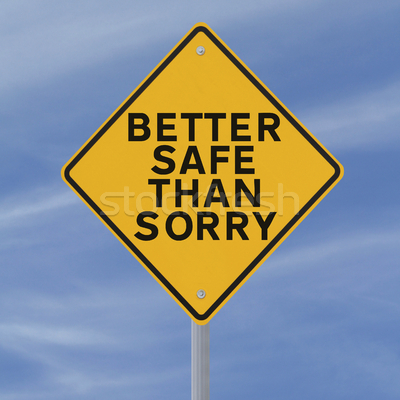 Well since we have been on the topic of safety, let’s talk about safety in the residential area. Penn State is known to be a like a “safe haven”. I have been here for about three months and I would strongly agree. BUT… you should never let your guard down.

Although you may consider Penn State “the safest place ever”, I would recommend a few things just to be sure that you as far from danger as possible. You should around campus with at least a friend or two during the nights. Another thing is that you should know your safety resources just in case anything happens. I have Penn State’s police number in my phone. I don’t have it because I want something bad to happen, but I’d rather be safe then sorry. Always remember that there are other people on this campus that doesn’t attend this university.

I noticed that many people walk around with headphone in their ear at night. By doing that, you have lost your hearing sense. Your eyesight is limited at night, so if you do use earphones, I would recommend only putting one in your ear. I know Penn State is a really safe place, but you should never  let your guard down completely because you never really know what people are thinking.

Hazing… Don’t Put Yourself In Danger

Pledging for sororities and fraternities has always been a part of the college life. Many people find that it offers many different opportunities,  creates a life-long brother/sisterhood, and that it’s fun. I must admit, it can offer all of those things, but it could also include hazing during the pledging stage. Which can be very painful, unsafe, and illegal.

Hazing comes in many different forms. It may include binge drinking, paddling, beating, etc. This post isn’t made to convince college students not to pledge. This is simply to encourage you to be safe while doing whatever you decide to do in college, and I know that many students will decide to pledge for a sorority/fraternity.

With that being said, make sure you are smart about it. If someone is making you do something you don’t want to do , make sure you know your limits. You should always try to get out of dangerous situations before it’s too late. I understand that you may have always had the dream of being a part of a specific sorority/fraternity, but if you feel that you are in danger, then it may not be worth it.

As we all know, well as we all should know, the government shutdown not too long ago. I have never really been interested in the government, but when I found out that it shut down, I started doing a little research. I was more interested in the effects that it would cause, so I have been keeping up with Fox and CNN news for updates.

I knew that some of impacts of the government shutting down would be that offices would close, funding would be disrupted, and federal workers would be unproductive. After tracking CNN and Fox about the government shutdown, I realized that there are less obvious and effects.

The shutdown has effected many people. Those people include joggers, crabbers, and homeowners. I read a couple of stories this week that will probably shock you. Park rangers stopped a runner in Valley Forge National Historical Park. They gave him a $100 dollar ticket for running in the park. As far as the crabbers go, without federal employees to set rules and quotas for the fishing season, crab fleets in Alaska are in a standstill. Crabbers cannot fish without federal permits. I also mentioned that homeowners were effected. A couple was kicked out of their home in Nevada. They had 24 hours to clear out and was told not to return until the government reopens.

The shutdown had been the talk of the town. Many agencies, companies, and people have closed because the government cannot come to a decision. The shutdown led to many side effects, many include things that are outrageous and less obvious. I included some of the things that I have read about, but there are many more. If you are interested, just visit the Fox News or CNN news website.

This post is not to encourage you to drink, but let’s be realistic here. Many college students drink. So  if you are a student who drinks, please drink responsibly.

Recently, a college student died during Temple University’s Spring Fling Event. There were 30-40 students on a roof just having fun, drinking, and blasting music. Unfortunately, she fell about 40 feet and was pronounced dead about an hour later.I did not share this story to scare anyone. It’s just that this hits close to home and I see that people don’t really take drinking responsibly seriously.

Although you shouldn’t drink unless your of legal age, if  you do decide to drink, it is important that you know your alcohol tolerance level. If you don’t then you can put yourself and/or others in great danger. Know your limits and listen to your body. You should also drink with people that you know. If you drink with stranger and have no one looking out for you, there may be a load of danger just waiting to happen. One last thing, KNOW WHAT YOU ARE DRINKING. Sometimes it’s good trying something for the first time, just beware of what the alcohol content is. I won’t get into any detail about the amount of alcohol you should drink an hour because I’m pretty sure that Penn State covered that during the S.A.F.E surveys.

There’s nothing wrong with having fun, just be safe. Don’t let alcohol take control of you. Drink Responsibly.

CNN is a source that contains both U.S and international news coverage. While visiting the website, the first thing I noticed was that there were different tabs at the top of the page. These tabs included politics, international, entertainment, health, and many more. I decided to click on the international tab and I was informed about the top stories in many countries.

The homepage immediately starts you off with a developing story. Today’s story was about a car chase that led to the death of a woman in D.C. The best thing about this website is that it gives you a visual. Most of the stories have a live clip from CNN. Although the homepage puts an emphasis on the developing story, it doesn’t overshadow the other information on the site. The homepage also includes other top stories, the weather, and different video clips.

The visual of the website is pretty impressive. Although the majority of it is red, black, and white, it works. The titles of the different stories are colorful, which makes them stand out.  CNN’s website is very informative and has great use of multimedia. All in all, it is a great online source for new.