Rome in the Second Century

The second century was a time where the poor kept getting poorer and the rich were getting richer. During the start of second century BC in Rome many of the elections were heavily influenced by bribery. Roman politicians began to see a commercial value attached to the votes that the poorer Roman citizens had (Lutz). 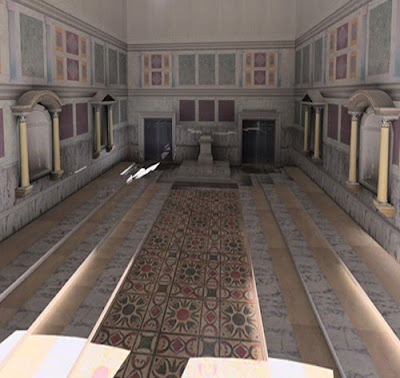 The first half of the second century was a time period that saw many wars fought by the Romans, such as, the Second, Third, and Fourth Macedonian Wars as well as the Second and Third Punic Wars. These wars allowed for Rome to gain massive amounts of wealth and allow the richer of the Roman elite to become even richer.

During this time of warring, a new class appears, called the Equites. This elite class was a part of a rising trend in non-Senatorial wealthy in the empire. Many of these newly wealthy families gained their fortunes through Publicani tax farming, the exploitation of taxes in newly acquired lands, or through buying up small farms on the ager publicus.

These large farms will also be worked by the increasing amount of slaves in Rome, also due in part by their continual foreign wars. This increase in slaves, in tandem with a large consolidation of wealth in new elite classes all add to the tension felt in Rome leading up to the Gracchan “revolution”.

During the later half of the second century there was even more bribery as well something even more sinister, violence. The use of violence in politics to get their laws through voting. Tiberius Gracchus put forth many laws that were designed to help a lot of the poorer Roman citizens and because of this he gained a lot of support from the masses. Because of this the Senate felt the Tiberius Gracchus was becoming too powerful and that he would eventually become so well liked that no one would be able to oppose him (Lutz). Ultimately the violence began when Tiberius Sempronius Gracchus put through a law without consulting the senate first and was eventually killed by a mob of senators (Plutarch). A few years later Gaius Gracchus, brother of Tiberius Gracchus, was also was also well liked by the Roman people and was then killed by his political opponents. After this politicians realized that they could either murder their opponents or hire thugs to force people to vote a certain way (Lutz).

The use of violence starting with the murder of Tiberius Gracchus was an event that would change Rome forever. Violence used in politics would be the tool used by many Roman politicians to come. It was used by Sulla to eventually take control of Rome and put into action his set of laws and kill his political opponents. Eventually Caesar used armies to seize control of Rome and was then murdered by conspirators to get rid of Caesar.