Even though federal regulations (e.g., the Shelby Amendment) and agencies (e.g., NSF) require sharing data with peer researchers and the public, the cost of acquiring data or publications can be a barrier that in practice denies access to those who cannot afford it. This situation tests one’s stance on some important ethical questions. For example, does everyone have an equal right to knowledge regardless of their economic status? Should we consider research findings a public good free for all? Furthermore, is it fair for researchers to profit from their discoveries, if such discoveries are based on previous findings that are freely available to everyone? Different people will answers these questions differently, but some researchers have taken actions to their discoveries freely available through open access publishing.

Open access (OA) is becoming an increasingly important model for disseminating research. Open access lets readers access published work for free, and in many cases, it permits the usage, reproduction, and distribution of published research free of charge. Open access publishing is supported by scholars who are committed to unrestrained intellectual exchange and broadened public access to research. The flourishing of digital technologies is a great enabler for open access: the Internet significantly reduces the cost for publishing and circulating academic work, which makes free access to research publications economically feasible.

In 2002, a group of scholars signed the Budapest Open Access Initiative (BOAI), a statement that articulates the feasibility, practices, and reasons for “world-wide electronic distribution of the peer-reviewed journal literature and completely free and unrestricted access to it.” As the BOAI points out, traditionally the research community is willing to publish findings without payment, and this community considers free circulation of research findings “a public good.” Following the signing of BOAI, more researchers have joined the movement to advance open access scholarship. In 2003, participants of two conferences respectively signed the Bethesda Statement on Open Access Publishing and the Berlin Declaration on Open Access to Knowledge in the Sciences and Humanities. Over the past decade, a variety of scholars, academic and funding institutions, publishers, as well as libraries have become involved with the Open Access Movement.

An ethical argument for open access is the release of economic burden for readers to learn about latest research findings. The elimination of this burden, the argument suggests, will ultimately benefit the research community by enabling wider circulation of knowledge and promoting intellectual exchange. In particular, open access benefits less affluent researchers and research institutions, thus it broadens participation to the research community and facilitates equal access to research findings, which are considered a public good by many open access advocates.

The Open Access Movement, which focuses on academic publishing, has a predecessor in the software community: the Open Source Movement. Advocates of the Open Source Movement believe in sharing the benefits of technological development. They also argue that open source enhances the quality of software by making them available for examination and improvement. For example, after the recent Volkswagen (VW) emission scandal, commentators argue that VW’s deceptive behaviors might be reduced if the source code for the software that control the VW vehicles were open for public scrutiny (Finley, 2015). To make one’s work open source, authors of software or other creative work can apply for a creative commons license. The creative commons license helps the authors “retain copyright while allowing others to copy, distribute, and make some uses of their work.” 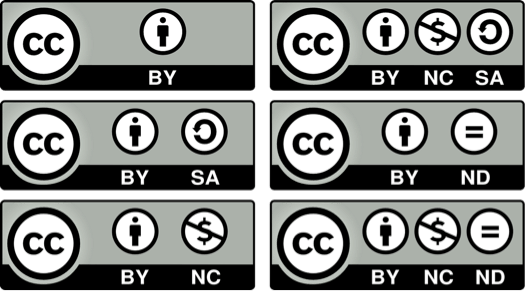 Both the Open Access and Open Source movements currently leave unexamined another important domain where restricted access to data raises important ethical questions. Many data companies generate large volume of data by monitoring ordinary people and collecting information about their actions, speeches, and statuses. For example, numerous applications on our mobile devices constantly collect user data such as locations and search history; these apps then transmit the information to databases owned by the application developers. In these cases, the ordinary users are arguably the “authors” of the data that is collected, analyzed, and traded by data companies. However, once ordinary people’s information is collected as “data” (with or without their consent), it becomes the data companies’ property, and access to such data is controlled by the companies. Not only do the ordinary people, who have contributed contents to the databases at the first place, get no share in the profit made by data companies, they have to pay if they want to access data about themselves. To consider the justice of this situation, one ought to ask, should we as a society recognize everyone’s inherent right to information about herself?

The limited access to industry-sponsored research data also raises justice issues. Thanks to federal policies, data that is generated from publicly funded research is usually available to the public and to industry at minimum cost. In contrast, researchers may not be able to access data owned by private companies without paying a high cost. This asymmetry in data sharing might slow down progress in important realms of research like public health. As the development of data technologies has significantly reduced the cost of sharing data and analysis, perhaps researchers in data science should focus less on improving existing technological infrastructure and more on creating systems that support the use of data and analytics for  public good. For example, the Civic Data Design Lab uses data analytics and visualization techniques to inform policy-making with the aim of serving the needs of “citizens traditionally on the margins.”