Gauntlet is one of the longest-running dungeon crawlers in the video game industry. In Gauntlet, the player takes control of a class/hero (with specific abilities or attributes) who hacks and slashes his or her way through hordes of enemies throughout various dungeon-style environments. Ideally, the player is one member of a group of heroes who can work together to overcome the challenges of the dungeons, with a simple story giving the characters a goal, and some bosses along the way. Here, we will compare Gauntlet Dark Legacy for the PS2 and Gauntlet: Slayer Edition for the PS4. 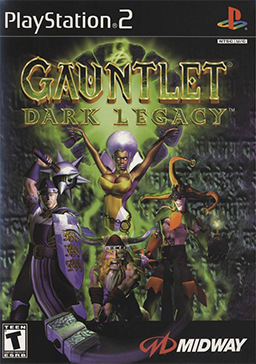 The graphics in Dark Legacy are about as good as you would expect for a game of its time, with noticeably low texture resolutions and animations that appear to stutter, but this helps contribute to the novelty of the game. Slayer Edition is by no means breathtaking, however the graphics have certainly improved to modern-day standards. The game runs smoothly at 60 frames per second and the art style has come a long way towards making players, items, objects, etc., stand out from the landscape and background.

There is also a large difference in the camera between the games. The camera in Dark Legacy follows the players (sometimes far too closely) with a predetermined position in an almost third-person perspective, which can sometimes make it difficult to see what lies ahead, but is also used to sneak views of certain things into the camera at intended locations. In contrast, the Slayer edition camera follows the players in an overhead view, and locks into a zoomed-out position when the players walk into a “battle” room (this will be explained in Gameplay).

The audio is one aspect of these games that is quickly recognizable as Gauntlet-flavored. Although the sounds have changed dramatically, there is still a distinct style or theme to the audio effects, particularly voice and item sounds. The sound quality/fidelity also improved significantly, as expected. 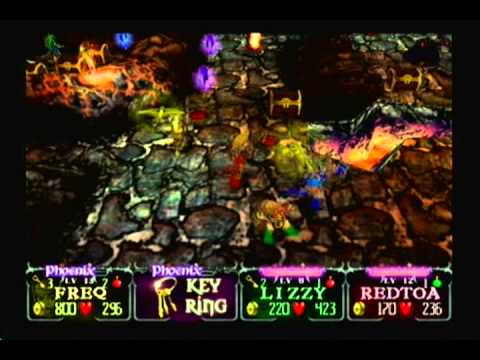 There’s not much to say about the controls of any dungeon crawler, and Gauntlet is no different. The left stick moves the character, attacks are performed by a couple buttons or triggers, items are used with another button, etc. Between Dark Legacy and Slayer Edition, the developers assigned different actions to different buttons depending on what best suited the game, but ultimately the controls are designed to be intuitive and easy to pick up quickly.

In both games, the plot is rather simplistic. Dark Legacy explains that, in ancient times, a wizard summoned a demon using Runestones. The wizard intended to control the demon, but failed, and the demon then conquered the world with his minions and scattered the Runestones across the realms. Throughout the game, the adventurers reclaim the Runestones and ultimately defeat the demon. 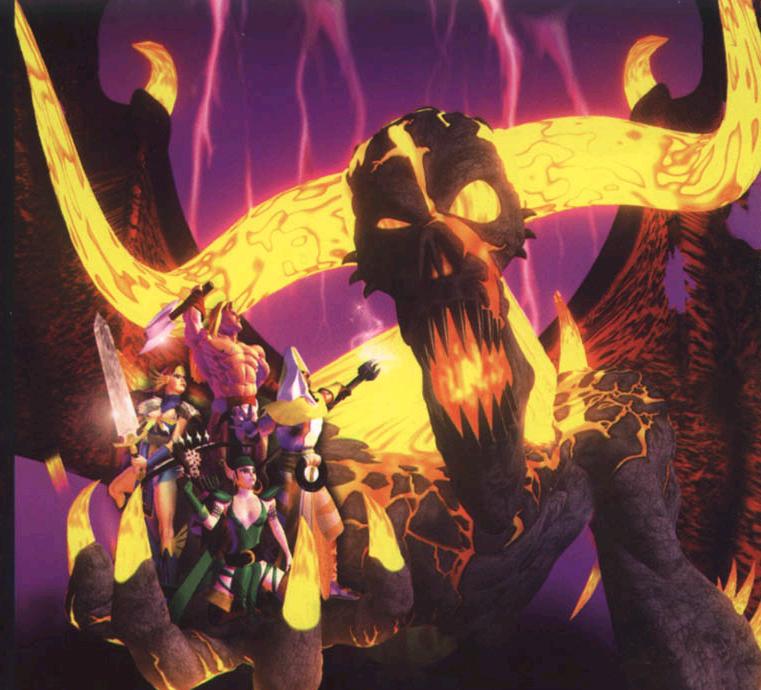 If that wasn’t simple enough, Slayer Edition is nothing more than adventurers fighting through the Gauntlet – a series of dungeons conjured up by a corrupt wizard – in order to claim riches. There are subtleties, like the heroes’ backstories and reasons for embarking on such a suicidal mission, but it’s not really important to the game or even the genre. Dungeon crawlers are about simple fun, and that’s part of what makes the Gauntlet series so good at doing it.

In Dark Legacy, the combat is mostly button-mashing, with most tasks being relegated to a strong/slow attack and a weak/fast attack, along with an “ultimate” ability that causes mass destruction if fully charged, and relatively less destruction if halfway charged. Potions also get their own button, which cause a powerful area explosion that kills almost anything on screen, even Death. So yes, it does help to know which button/ability to use in any given scenario, to minimize the damage you and your teammates take while maximizing damage output. The newer Gauntlet makes combat slightly more tactical, although a lot of time is still spent spamming minor abilities in order to kill many minor enemies.

One notable difference is the role of items in these games. Gold and items are of the utmost importance in Dark Legacy. A shop screen is available between levels, which players can use to stock up on items, restore health, buy stat bonuses, or purchase power-up items which last for some duration into the next level. Some items, like keys (used to unlock chests, which contain more items) and potions, exist in both games, although their functionality or implementation changes slightly. In Slayer Edition, items are almost non-existent except for potions, keys, and a single weapon and item slot that is specific to each character. These slots have few different choices that change how the character is played, but some of these are upgrades which take a significant amount of gold to unlock.

Dark Legacy contains a hub with portals to every level in the game, while Slayer Edition uses a Mario-styled level selector tree. The levels within Dark Legacy are large and non-linear, with platforming aspects as well as hidden secrets. This varies greatly from Slayer Edition, where the levels are linear tunnels and corridors with “battle” rooms in between. In the battle rooms, the doors lock and waves of monsters spawn until either all of the monsters are killed or the players die. In both games, the levels take approximately the same amount of time to complete, 30-90 minutes, depending on the level.

Overall, Dark Legacy is a much more epic game – something to spend countless hours grinding through with a group of dedicated friends – while Slayer Edition is designed to be more bite-sized, where a few random online players can group up and tackle a level or two without much time commitment. They are both great games with some similarities, but the Gauntlet series has changed so much over time that they can hardly be recognized as the same series any more.