I hope everyone had a restful spring break. It was really short but somehow it felt longer than one week break. Anyways, I was wondering where I should visit this week and I decided to go to Jeju Island. Jeju Island is one of the nine provinces of South Korea and when I was eleven, I visited Jeju for my first time and last time until now. In my memory, Jeju Island had the most beautiful beach, peaceful fields, delicious foods, and so many attractions. Certainly, travelers cannot keep away from Jeju Island.

Many people call Jeju Island “the Hawaii of Korea.” There are so many reasons why it is called like that, but I will reduce it to 10 reasons.

It is the highest mountain in South Korea, and is designated a UNESCO Biosphere Reserve in 2002 and a World Heritage Site in 2007. I remember that I rode a horse around the trail when I visited back in the days. Its view is amazing and it feels like all the stress is getting relieved. Many hiking clubs come to Hallasan to take the slopes containing Crater Lake, alpine plants, woodpeckers, chipmunks, butterflies, and beetles. Some people call it Mountain Yeongjusan, which means “mountain high enough to pull the galaxy.” 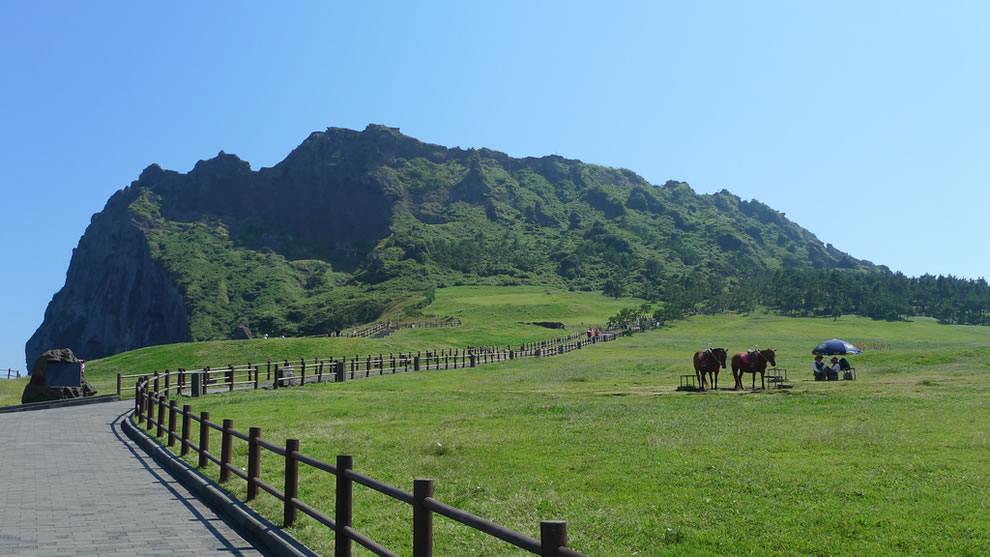 It is another UNESCO Geopark; the Manjang cave is more than 8 km long. This is one of the longest lava tube and many people choose to visit because it definitely offers a great unique experience.

Jeju is a volcanic island so due to an outpouring of lava, Jeju has plenty rocks. Grandfather stones, referred to dolharubang in Korean, are statues that are considered to be gods who offer protection and fertility to Jeju. Around 1750, people carved rocks to scare invaders off. Only 45 still exist and they remain a symbol of a distinct ancient culture.

Since Jeju is an island surrounded by ocean, it was hard for rice to grow on wild, windy island. So sew-women called haenyo learned to dive 10-20 meters without breathing for various sea foods. You can easily witness them across the island working and they are usually 65 to 80 years old. Isn’t fascinating? One of my favorite reasons why I want to go Jeju again is the beaches. It is crystal clear and the soft sand just enthralls me. You can see everything under water because it is so clean!

For many Koreans and other foreigners, Jeju is selected for one of the wannabe honeymoon location. It is an outdoor sculpture park and the theme is sex. The visitors need to be at least 18 years old and it has become a sort of crash course in sex education for honeymooners. Does it sound interesting?

The most ordinary picture I could find

If you are women traveler and is looking for unique therapy, Jeju has it. You can float in the pool with pretty lights out and comfortable music playing. Also, you can lie back in an oxygen room and rest with delicious food on your hand. It is another paradise inside you can experience.

Jeju has so many local specialties such as whole grilled mackerel in sea salt and barbequed pork from Jeju’s black pigs, raw seafood, seaweed and sea urchin soup, and so many delicious foods that you will never have tasted before and won’t forget. 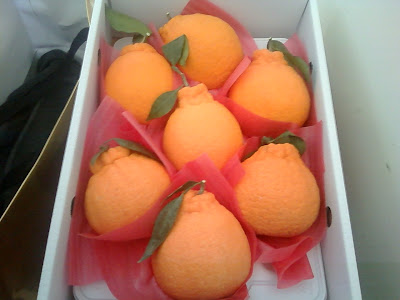 Families with young children must visit Teddy Bear Museum in Jeju. You can see various teddy bears from different countries and it also has the smallest teddy bear in the world. Also, the restaurant in the museum has view of the beach so many people enjoy visiting the museum. 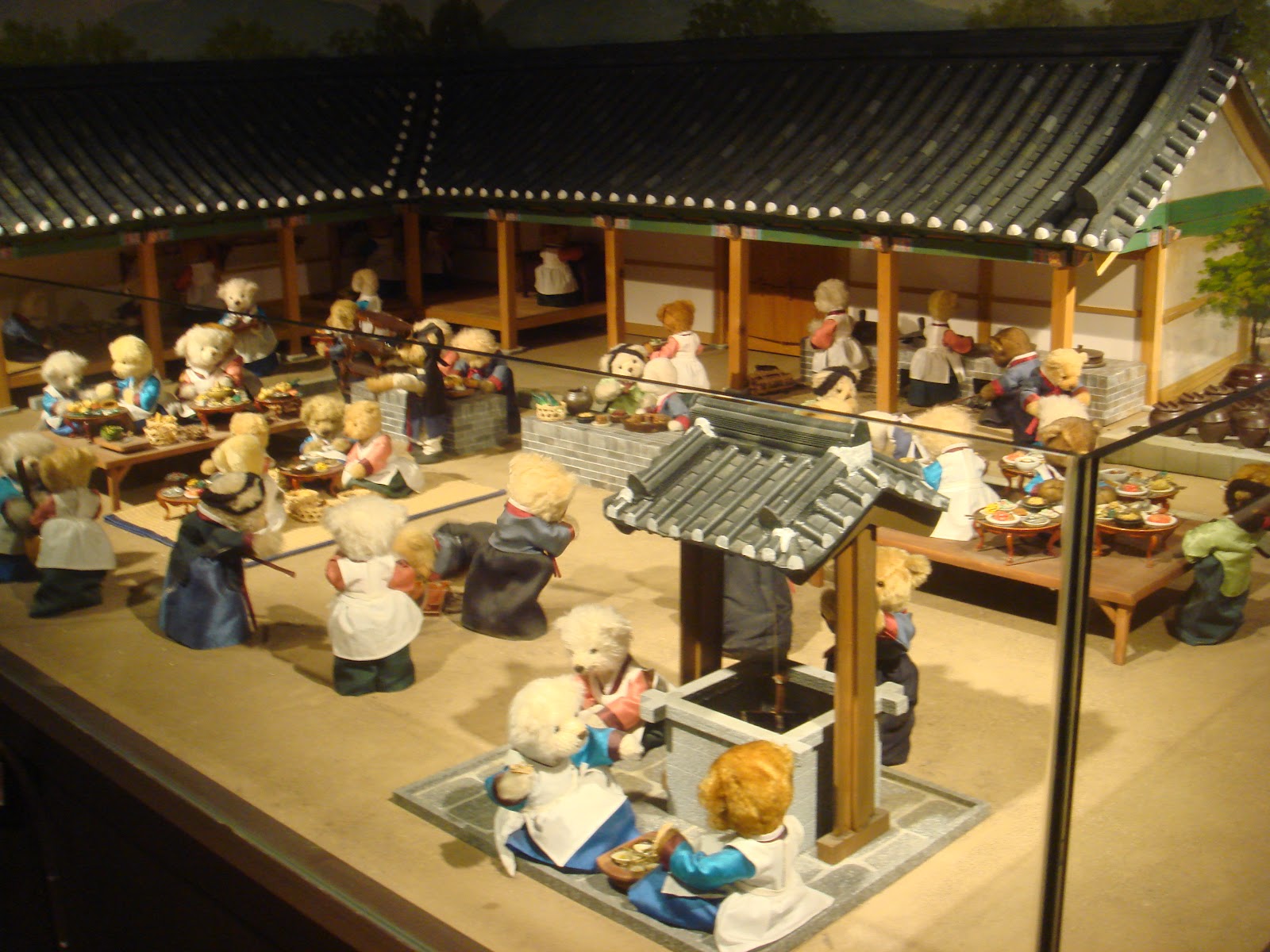 Olle means narrow path between the street and one’s doorstep. The olle walking paths starts at the east point of the island and ends at the southwest point. When you walk, you can capture the beautiful Blue Ocean, green forests, and charming villages all at once. 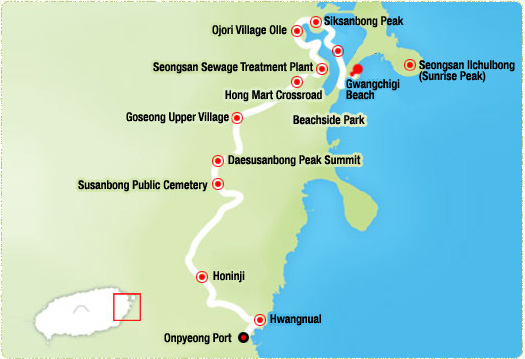