Alexandra Bell, Senior Policy Director at the Center for Arms Control and Non-Proliferation 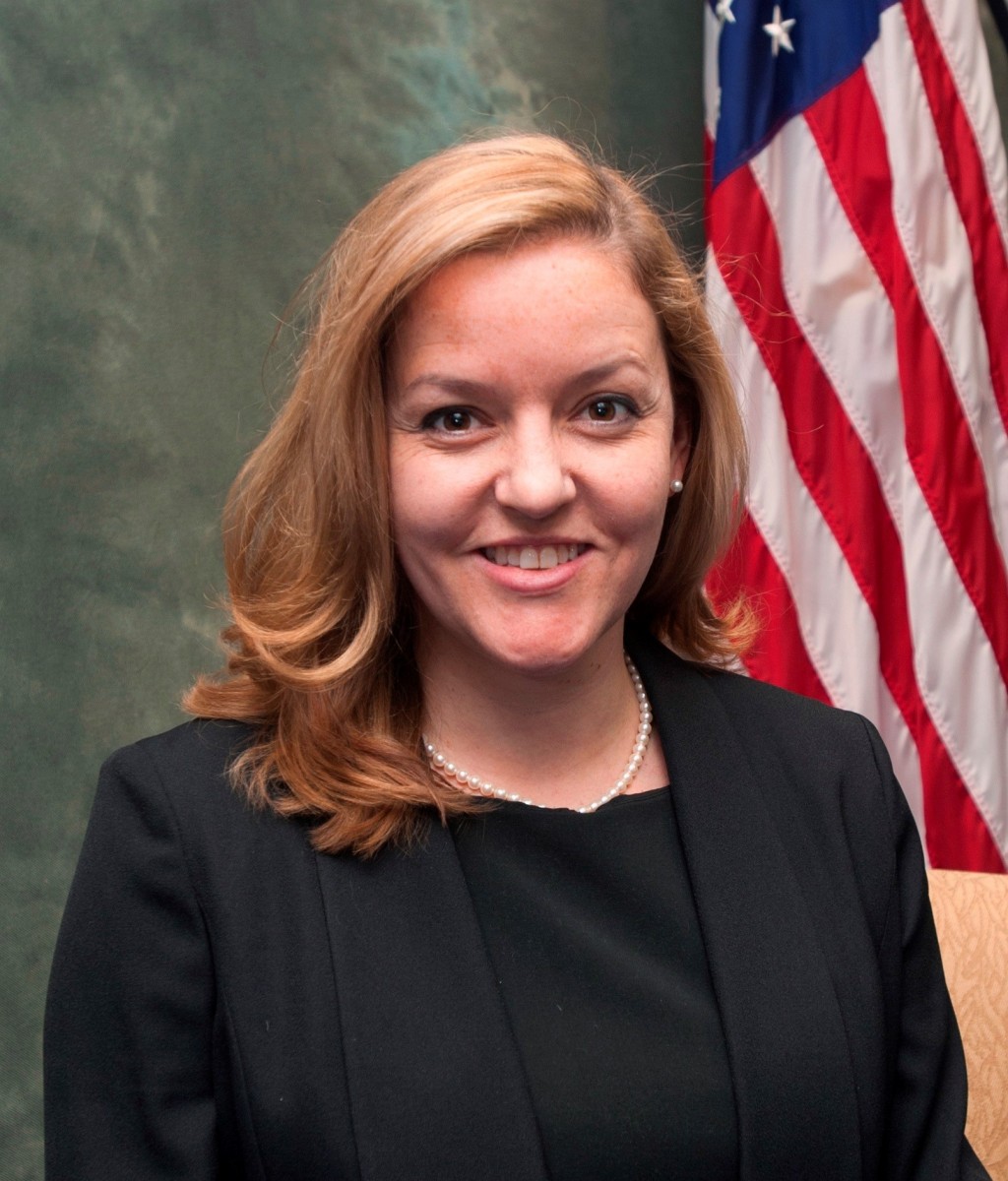 Alexandra Bell is the Senior Policy Director at the Center for Arms Control & Non-Proliferation. Previously, Bell served as the Director for Strategic Outreach in the Office of the Under Secretary of State for Arms Control and International Security. Before joining the Department of State in 2010, she was the Project Manager at the Ploughshares Fund and a Research Assistant for Nuclear Policy at the Center for American Progress. Bell received a Master’s degree in International Affairs from the New School and a Bachelor’s degree in Peace, War and Defense from the University of North Carolina at Chapel Hill. From 2001-2003, she was a Peace Corps Volunteer in southwest Jamaica. Bell is a Truman National Security Fellow, a 2012-2017 Council on Foreign Relations Term Member, a 2017 Munich Security Conference Young Leader, and a member of the Project on Nuclear Issues Mid-Career Cadre and the Younger Generation Leaders Network on Euro-Atlantic Security. 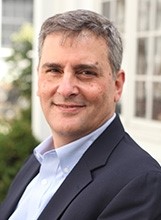 Professor Joseph DeThomas is a faculty member at the Penn State School of International Affairs.  DeThomas is a former American ambassador and spent 29 years as a member of the U.S. Foreign Service and 32 years in the U.S. State Department.  His service abroad included tours in Austria, Ethiopia, Germany, Iran, and Mexico.  He was the U.S. Ambassador to Estonia from 2001 to 2004.  He also held numerous positions in Washington over the course of three decades.  This included two years of service as deputy assistant secretary of state for non-proliferation from 1999 to 2001 as well as a number of other positions that dealt primarily with proliferation sensitive countries including India, Iran, Iraq, North Korea, and Pakistan.

DeThomas served on the faculty of the National War College from 2004 to 2006. He received Meritorious and Superior Honor Awards for non-proliferation innovations, humanitarian contributions, and management as well as a group award for valor for service in Tehran, Iran.

After retiring from government service in 2006, he directed international science engagement programs in more than 20 countries at CRDF Global.

He returned to service in the U.S. Department of State from 2010 until February 2013 as an adviser.  There, he worked primarily on Iran and North Korea, implementing sanctions and attempting to impede the weapons of mass destruction efforts of those two countries.

He is also a distinguished graduate of the National War College.

Thomas Countryman, Chairman of the Board of Directors of the Arms Control Association 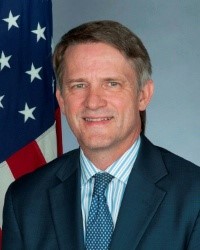 Thomas Countryman was chosen in October 2017 to serve as Chairman of the Board of Directors of the Arms Control Association. The ACA is a nonpartisan NGO, committed to analysis of key national security issues and to advising the executive branch, Congress and the public on choices that promote global security and reduce the risk that weapons of mass destruction will be used.

He retired from the Senior Foreign Service in January 2017 after 35 years of service. At that time, he served simultaneously as acting Undersecretary for Arms Control and International Security, and as Assistant Secretary for International Security and Nonproliferation, a position he held since September 2011. The ISN Bureau leads the US effort to prevent the spread of nuclear, chemical and biological weapons, their related materials, and their delivery systems.

He served at the US Embassy in Belgrade (1983-85), and in Washington as the desk officer for Yugoslavia (1986) and for Bulgaria/Albania (1987-88). After an assignment to Cairo, he was responsible for advising Ambassador Albright on Middle East affairs at the US Mission to the United Nations (1994-97), and served as liaison with the UN Special Commission investigating Iraq’s weapons programs. Mr. Countryman served as Director for Near East affairs on the National Security Council staff (1997-98), with responsibility for the region from Morocco to Syria, and was the White House representative on Ambassador Dennis Ross’ peace process team. He attended the Senior Seminar course in 1998-1999.

He was Director of the Office of South Central European Affairs (1999-2001), and Minister-Counselor for Political Affairs at the US Embassy in Rome (2001-05). He served as Deputy Chief of Mission at the US Embassy in Athens (2005-08), including five months as Charge d’Affaires in 2007. In 2008-2009, he was Foreign Policy Advisor to the Commandant of the US Marine Corps, General James Conway.

He received Superior Honor Awards for his work in EUR, Rome, Athens and New York. In 2007, he received the Presidential Meritorious Service award.

He is a native of Tacoma, Washington. He and his wife Dubravka have two brilliant sons.

Ambassador Laura Kennedy was a Minister-Counselor in the Foreign Service and assumed her duties as Deputy Assistant Secretary of State in June 2004.

Ambassador Kennedy graduated from Vassar College, received an M.A. from American University and also studied at Cornell and Stanford Universities. Her first assignment with the State Department was in the Office of People’s Republic of China Affairs. She then served at the U.S. Embassy in Moscow and was detailed to a U.S. official exchange exhibit that traveled to Kazakhstan, Ukraine, and Tajikistan. After serving as staff assistant to the Assistant Secretary for European Affairs, she returned to Moscow in 1983. Ambassador Kennedy was assigned in 1985 to the U.S. Delegation to the negotiations on conventional armed forces in Vienna, serving with the MBFR (Mutual Balanced Force Reduction) delegation and then helping to negotiate the mandate for the new CFE (Conventional Forces in Europe) talks which were launched in 1989. Ambassador Kennedy began her assignment to the U.S. Embassy in Turkey at the outbreak of the Gulf War. During the subsequent Kurdish refugee crisis, she was detailed to Operation Provide Comfort. She served as Chargé d’Affaires at the newly established U.S. Embassy in Armenia in 1992. She returned to Washington in 1993 as the Deputy Director for Jordan, Syria, Lebanon and Palestinian Affairs. Ambassador Kennedy was Director for Central Eurasia and Caspian energy issues from 1995-1997. She was next assigned as Deputy Chief of Mission at the U.S. Mission to International Organizations in Vienna. She was appointed U.S. Ambassador to Turkmenistan in 2001 where she focused on promoting civil society and enlisting the government in the war against terrorism in neighboring Afghanistan. From 2003-2004, she directed the 46th Class of the Senior Seminar.

Ambassador Kennedy’s languages are Russian and Turkish. She is a graduate of the Senior Seminar and a member of the American Foreign Service Association. She has received the Distinguished Honor Award, as well as a number of Superior and Meritorious Honor awards from the Department of State. Ambassador Kennedy and her husband have two sons. 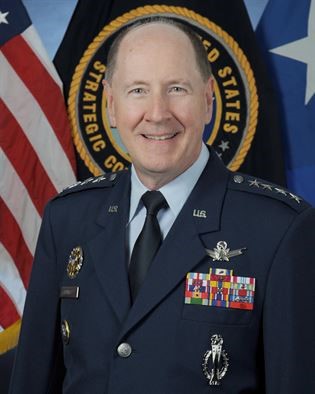 Gen. C. Robert Kehler, USAF, Ret., is a senior fellow for the National Defense University in support of the Pinnacle, Capstone and Keystone programs.

As the Commander of United States Strategic Command, General Kehler was directly responsible to the Secretary of Defense and President for the plans and operations of all U. S. forces conducting global strategic deterrence, nuclear alert, global strike, space, cyberspace and associated operations. While in command, he crafted and implemented critical elements of policies and plans to deter strategic attacks against the United States and its key allies, and led a joint team of over 60,000 military and civilians to 100 percent mission success in multiple, high-stakes global operations. He also integrated Department of Defense activities for global missile defense, combating weapons of mass destruction, and intelligence, surveillance and reconnaissance. His forces directly supported combat operations in Southwest Asia and North Africa.

His staff assignments included tours with the Air Staff, Strategic Air Command, Air Force Space Command and the Joint Staff. He was also assigned to the Secretary of the Air Force’s Office of Legislative Liaison where he was the point man on Capitol Hill for matters regarding the President’s ICBM Modernization Program. As Director of the National Security Space Office, General Kehler integrated the activities of a number of DOD and Intelligence Community organizations on behalf of the Undersecretary of the Air Force and Director, National Reconnaissance Office.

He entered the Air Force in 1975 as a Distinguished Graduate of the Pennsylvania State University ROTC program, has master’s degrees from the University of Oklahoma in Public Administration and the Naval War College in National Security and Strategic Studies, and completed executive level programs at Carnegie-Mellon University, Syracuse University and Harvard University.