Hiraeth is a Welsh word that is somewhat difficult to describe in English, for the reason that there is no single English word that expresses all that it does. Some words often used to try to explain it are homesickness, yearning, and longing.

However, there is more depth to hiraeth than in any of those words on their own. It seems to be a rather multi-layered word, which includes a different variety of homesickness than what is generally referred to. This kind of homesickness is like a combination of the homesickness, longing, nostalgia, and yearning, for a home that you cannot return to, no longer exists, or maybe never was. It can also include grief or sadness for who or what you have lost, losses which make your “home” not the same as the one you remember. 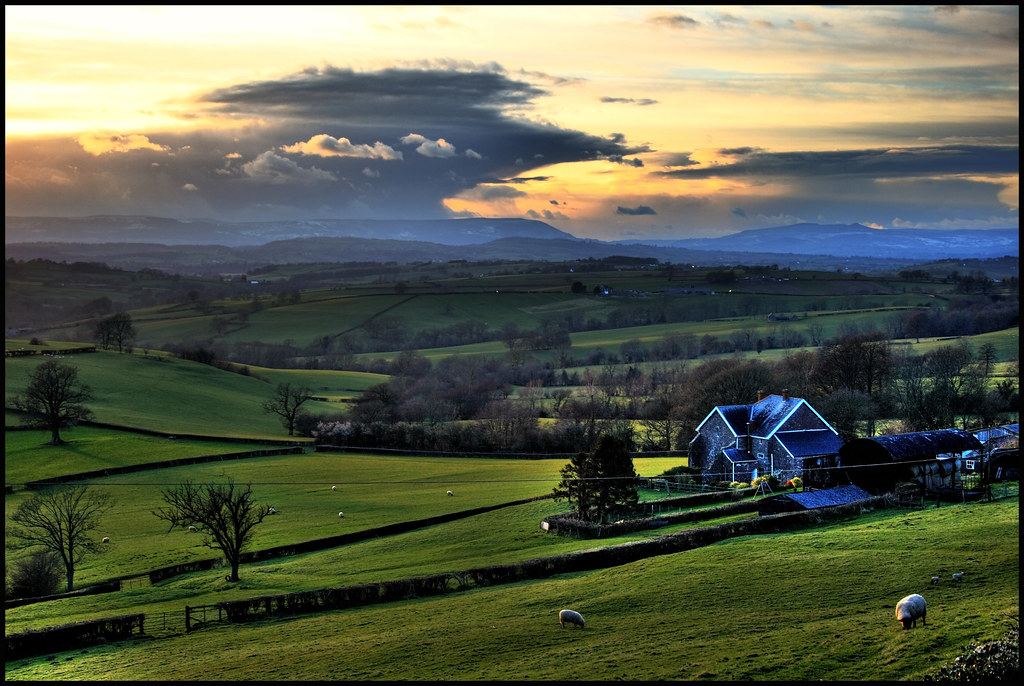 One attempt to describe hiraeth in English says that it is “a longing to be where your spirit lives.” This description makes some sense out of the combination of words that describe this feeling.  The place where your spirit feels most at home may be a physical location that you can return to at any time, or it may be more nostalgic of a home, not attached to a place, but a time from the past that you can only return to by revisiting old memories. Maybe your spirits home could even be neither of the above, one from which you are not only separated by space or time, but instead a place that never was, where you can only go in your imagination.

Sometimes hiraeth is used by Welsh people to describe their admiration for the beauty of the landscape of their country, or their nostalgia for way their country used to be, or at least the way it is depicted in stories of how it once was. Wales itself was named not by the Welsh people, but by the Saxons (who would become the people of England). The Saxons saw who we call the Welsh, the original inhabitants of Briton, as foreigners. Wales means “Place of the Others.” The Welsh people themselves prefer to call themselves Cymry, and to call their country Cymru. There are stories of Cymry heroes who would bring Cymru back to its former glory. The landscape is one aspect of Wales, or Cymru, that can fill some of its people with national pride for their home. I relate strongly to the word hiraeth. My best personal example of this feeling is being homesick during this first year living at Penn State. I don’t get homesick very often, but at moments when I have, I realized that the home I was yearning for, longing to return to, was the home from my childhood, which has considerable differences from the home I actually go back to on breaks. I live in the same house, and my parents and my brother are still there, but we no longer have the carefree summer breaks I remember fondly from my childhood. I will be greeted not by the cat I had as a kid, but by the dog my family got three years ago.

Home to me includes the places I would go to as a kid–places like my grandparents’ houses, and the elderly couple’s house across the street from mine. I remember my maternal grandmother elaborately decorating her house for Christmas and Easter, having meals there for each of those big holidays. I remember her, when my family and I visited her house, and my paternal grandfather, when we visited his house, offering everyone cookies even when we were so stuffed we could hardly eat another bite. I remember the neighbors visiting us for the family parties that were held at my house, and my brother and I occasionally visiting them in their house to share a snack and hear some of their stories about the past. The most significant difference between the home I remember and the home I can return to, is that some of the people I remember as a part of home are no longer living.

Because of this, I understand how it is possible to be homesick for a place that you cannot go back to. My dad could probably understand it too, as I’m sure he misses the way home was when his father was still alive. This kind of homesickness does not leave you even when you return the place you call home, and that’s what makes it hiraeth. However, to my dad, as to some Welsh people, hiraeth is a call to go to the place that brings him as emotionally close as possible to the place his spirit lives. And my dad, like those people, finds this place in the landscape, in nature, in the mountains.  He has told me that sometimes when he’s on a hike, he feels close to my grandfather. His spirit is close to the spirit of his father, and that is where he feels most at home.