English has many words and phrases that were originally borrowed from a variety other languages, some which were even borrowed into English unchanged from the spellings, meanings, and pronunciations that they had in the language they come from.  The following are a few examples:

The German word doppelganger has become a common phrase in American popular culture, as well as uber, which is now even used as the name of the famous, multinational transportation network company.  In German, uber means above, so you can see how it would come to refer to an outstanding example of something, or above the rest, not to mention how it would be seen as a great idea for the name of a company.

Karaoke is originally a Japanese word, which means“empty orchestra.” That’s what karaoke is, when you think about it–it takes music that focuses on the singer, but removes the vocals so that the music is empty, and so that anyone can sing along in place of the original singer.

The word “slogan” is from Scottish Gaelic, and it originally referred to a battle cry.

From French, we use the phrase deja vu in English to describe when a situation feels so eerily familiar that you wonder if maybe you have experienced it before. Its literal meaning is “already seen.” 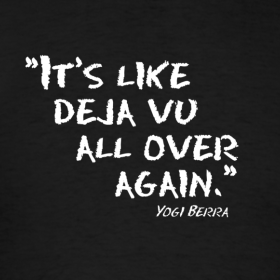 As it turns out, there are other French words that could be useful in English as well. For example…

Have you ever gotten that feeling, right after you finish talking to someone, where suddenly you remember all the things you really wanted to say, now that the conversation has ended? Well, the French language has a simple way to describe that. This phrase is l’esprit de l’escalier, or l’esprit d’escalier, which means “staircase wit.” Since this is the last passion post, I thought it would be the perfect word for this week. Since blogging is a form of conversation in a way, and I’m sure there will be things, when I’m done, that I’ll realize would have fit well with what I wrote, and that I’ll wish I had shared in these posts.

According to Wikipedia, some English speakers say escalator wit, staircase wit, or afterwit, to describe the situation. I don’t know about you, but I’ve never heard someone say either of those. I do personally experience esprit d’escalier quite often, though, and I think the phrase staircase wit kind of makes sense, especially if you imagine a spiral staircase. In the midst of a conversation, the ideas you want to express can seem to spiral up and out of your consciousness like a spiral staircase, until you leave the conversation, at which point they come back around from your subconscious, returning to your conscious mind.