Spoiler alert: this bird is a complete myth!!! Regardless, it is still super cool!

Recently, I was studying Greek mythology for an assignment when I came across a legend that reminded me of my childhood. The excerpt was about the Phoenix. In Ancient Greece, the mythological Phoenix was associated with the sun. Also called the “firebird” by many cultures, legend has it that the creature bursts into flames when it dies. A new bird then rises from the ashes.

Sources dispute the appearance of the Phoenix. In Ancient Greece, the bird was linked to the Phoenician Civilization. The Phoenicians were famous for their rich purple dye. This purple was believed to be the color of the mythological birds’ feathers. Later sources argue that the creature has jewel-toned feathers or appeared to be red.

Historically, the Phoenix has been used to represent renewal. Its connection to the sun makes it an enduring figure. As long as the sun shines, the Phoenix will roam the skies. The legend of the Phoenix has been adapted to fit many cultures. Ancient Egyptians link the bird to immortality. The Phoenix, also called the Bennu in Egyptian mythology, was represented by a heron in many artifacts. Legends state that the Bennu was essential in the creation of the world. 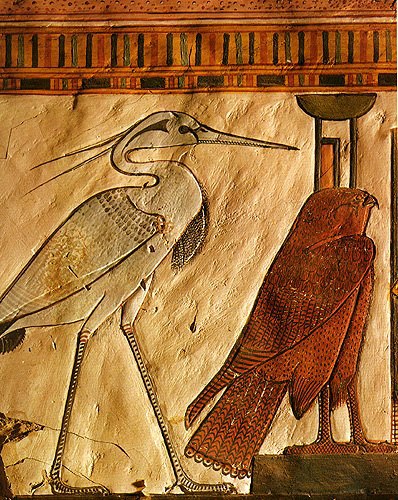 The Chinese believed the creature was a symbol of grace and power. The usage of a dragon and a phoenix in Chinese artwork represents the Emperor and the Empress. In Ancient China, only the Empress was allowed to wear the symbol of the Phoenix.

In Christianity, the Phoenix represented resurrection. During the early times of the religion, many pagan traditions were adapted into Christian symbolism and artwork. The retelling of the myth compares the bird to that of Jesus Christ. In many relics of early Catholic leaders, the Phoenix is pictured on a palm tree, representing the “triumph over death.” 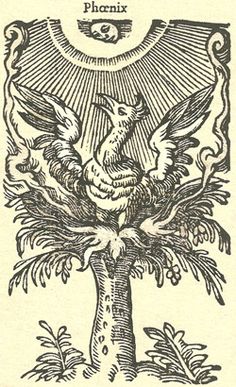 For me, the Phoenix is a symbol of the future. Through these past nine blog posts, I have used birds to connect the experiences of my life. The places I lived; the memories I made all had one central feature: birds. I was taught the skills of looking for the beauty of nature from my grandfather. My father helped me expand this strength. Now, I am passing on the lessons to my little brothers. In a world filled with twitter and texting, it can be hard to pay attention to the important things in life. The beauty of birds represents the magnificence of planet Earth. So, amid all the craziness that life is, remember to look into the sky to catch a glimpse of beautiful wings.

2 thoughts on “The Phoenix”