Now, a lot of you may be wondering: just what the heck is the Inventio Fortunata?

Literally, it’s a Latin phrase, translating to something like “The Fortunate Discovery”, and it is from this alone that I first came to love it: the serendipity and the tone of it, especially in its Latin form, just rolls off the tongue so well, and I find it incredibly appealing.

But, in context, it is the title of a book. More specifically, a lost book (somewhat ironic, considering the title), and as such, what we know about it is actually fairly limited.

But, the picture that we do have is something very strange indeed: an expedition to the North Pole, launched by the legendary King Arthur. An English priest, driven to investigate, and the wonders he found: isles of dwarves, and men with long feet. A brief landing in a country that may have been what we today know as Labrador in Canada. A vast continent at the pole, divided by rivers moving so fast that they do not freeze even in the arctic chill. And at the pole itself, a great, black rock of magnetic stone, 33 miles around, the point towards which all compasses point. After somehow escaping from this land, the Englishman returns to his home to present his king with a report on his adventures, entitled the Inventio Fortunata.

The hints we have as to the exact status of the Inventio are tantalizing, hinting at something greater, something extraordinary. It’s as if someone threw a screen play into a blender, leaving only the most fascinating of details: an adventure to the North Pole? Mystical races of humans? A massive magnetic mountain? A long lost colony of King Arthur? How can you not be fascinated by that?

And yet, even in spite of these fantastical elements, what makes the Inventio so fascinating as compared to other travelogues of the day (Sir John de Mandeville leaps to mind) is the fact that it is commonly believed that this story actually has some basis on truth. Several of the details that have been passed down by the authors of the day are corroborated by Norwegian records, making fabrication unlikely.

It even potentially makes reference to the presence of the Norse in the Americas, via the famous “Vinland” incident in which the Vikings attempted to settled Newfoundland and Labrador.

Even the notion that “King Arthur conquered the North Pole” is not quite as fantastical as it may first seem – indeed, when the Norse first landed on Iceland, they found it inhabited by a British people that they termed the “Pappar”, whom they promptly drove extinct. King Arthur himself was a Celt who fought the invading Anglo-Saxons, so who’s to say he wasn’t the one who sent them to Iceland? 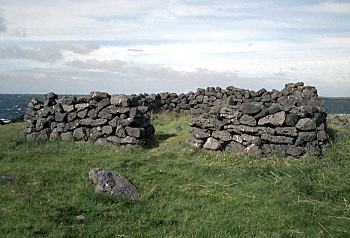 Whatever the truth, the story and the name are a source of endless fascination for me, and do well to represent man’s eternal fascination with the poles of our planet.