My Predictions for March- College Basketball

I am going to use this blog to highlight as much of college basketball as I can in the ten weeks or so that we have to write the posts. Unfortunately, (and I know you are all disappointed), I will not be able to cover every single college basketball team and conference. There are 351 teams in 32 conferences. I may or may not know most of them, but it would take huge blog posts each week if I wanted to cover all of them, and no one wants to read that much.

This blog is going to talk about everything happening in college basketball. I will have reoccurring parts each week, but the main post each week is going to vary. This week, I am going to give some of the predictions I have for the conclusion of the season as conference play is really gearing up and the post season is right around the corner. Instead of trying to predict each conference winner this week, I will wait for conference tournament week to do that. This week, I will talk about who I think will make the Final Four of March Madness and who will win the National Championship this year.

First off, my final four.

The first team that I predict will make the trip to Arlington, Texas to play in Jerry World are the Wildcats from the University of Arizona. 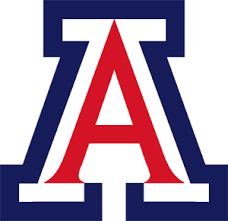 Their record says it all. They have 20 wins and have yet to lose a game. With a weaker than usual Pac-12 conference this year, coach Sean Miller could have the Wildcats finishing the season undefeated. Led by star Nick Johnson, who is leading the team in points, and superstar freshman Aaron Gordan, who is a dominant force under the net. The Wildcats also possess one of the best defenses in the country, allowing only 57 points a game to some of the top ranked teams in the country. The team also has some weaknesses, they rely on their defense, do not have a lights out shooter from three point range, and find it hard to pull away in close games, but it clearly has not affected them that much, as they are the number 1 ranked team in the country.

The second team that I think will make the Final Four in Arlington are the Orange from Syracuse.

The Orange are coached by legend Jim Boeheim and also are undefeated. They have posted big wins against Baylor and Villanova, two of the top teams in the country. They also run Boeheim’s sacred 2-3 zone, which is almost unbeatable. The Orange also tout one of the best backcourt’s in the country with Tyler Ennis and Trevor Cooney. CJ Fair also leads the team in points and is the team’s star player.

However, they just lost center DaJuan Coleman to knee surgery, so they will have to find a replacement for him, and quickly. Another complaint people have of the Orange is their weak schedule. They have not been fully tested, and have played very few road games. They have a huge test this weekend against legendary powerhouse Duke.

The third team I think will be going to Arlington are the Shockers from Wichita State University.

They are a team that made the Final Four last year as a 9 seed in the March Madness tournament and this year, they are even better. The Shockers are also undefeated, and will probably remain undefeated as they close their schedule in the weak Missouri Valley Conference. They have a great backcourt with Fred VanVleet and Ron Baker, and have star player Cleanthony Early.

They are a complete team, and have both a great offense and defense. The biggest blemish on the Shockers is their schedule. They have yet to play a ranked team, and have not played many big name conferences.

The final team I think will make the Final Four are the Spartans from Michigan State. They have a very experienced team, and have one of the best coaches in March in Tom Izzo. They have many injuries now, but when they get healthy they have what I believe to be the best team in the country. Keith Appling is the best leader in the country, and when paired with Gary Harris, they are unstoppable. Adreian Payne is a huge presence underneath, and can be a difference maker for the Spartans.

They have a tough schedule to finish the season, but if they survive with minimal injuries, they can win the Big Ten and make a run in March.

My prediction for National Champion is Michigan State. Tom Izzo is one of the best coaches in March and when they are healthy, I do not think they can be beaten.

I will also pick three games I think are the best games of the week to highlight why college basketball is my “passion”. I highly recommend watching these if you have nothing better to do.

Game 1: #17 Duke at #2 Syracuse. Saturday, February 2 @ 6:30 on ESPN. It’s a battle between two of the most successful coaches in college basketball history. Students at Syracuse already started camping out. What more can I say?

Game 3: #24 Ohio State @ #15 Iowa. Tuesday, February 4 @ 7 PM on ESPN. Ohio State was once considered the number 1 team in the country. They are now ranked 24 and lost four straight. Can they pick themselves back up?

This entry was posted in Miscellaneous. Bookmark the permalink.

2 Responses to My Predictions for March- College Basketball