Children with hearing impairments face problems in early language development. Their inability to hear language hinders their process of understanding and articulating. We tried to understand the challenges these children face in this learning process through their years of speech therapy. Our research revealed that while the children are learning constantly, therapy happens infrequently and at a cost. The project uses the technique of lip-reading often used by speech therapists as a learning tool to create a fun linguistic game. The game can be used by therapists, parents, or the children themselves to accelerate the process of learning language.

Mary Joe Osberger stated that “the devastating effect of a profound congenital hearing loss on the development of language and communication skills has been of concern to parents, physicians, educators, and clinicians for decades.1” And this “concern” still persists today.

Today’s numbers show that a better solution is very much needed. The chances of being born deaf is relatively high as “about 2 to 3 out of every 1,000 children in the United States are born with a detectable level of hearing loss in one or both ears.2” This disorder is one that is difficult to predict as “more than 90 percent of deaf children are born to hearing parents.3” So parents with deaf children easily find themselves at a loss as to how to help their kids develop various abilities, especially linguistic skills. “One of the main impacts of hearing loss is on the individual’s ability to communicate with others. Spoken language development is often delayed in children with deafness.4”

Unfortunately, the problem is worse in developing countries as access to clinicians and speech therapists is difficult, and “children with hearing loss and deafness rarely receive any schooling.4”

In addition to secondary research, we also spoke with and observed our target users, including teachers and therapists. Through our interactions we found:

The biggest opportunity we saw was to create a therapy product, which the patient could use at home with their family and friends. The product would accelerate the process of grasping language, in the younger years when the learning of language is most crucial.

We set the following elements as the criteria to judge our ideas against. We thought the solution should be:

After prototyping different shapes, sizes, and words we decided to go ahead with a rhombus shape and an ergonomic size.

We designed the game with the goal of collecting as many rhombus pieces as possible.

The following were the instruction regarding how to play the game: 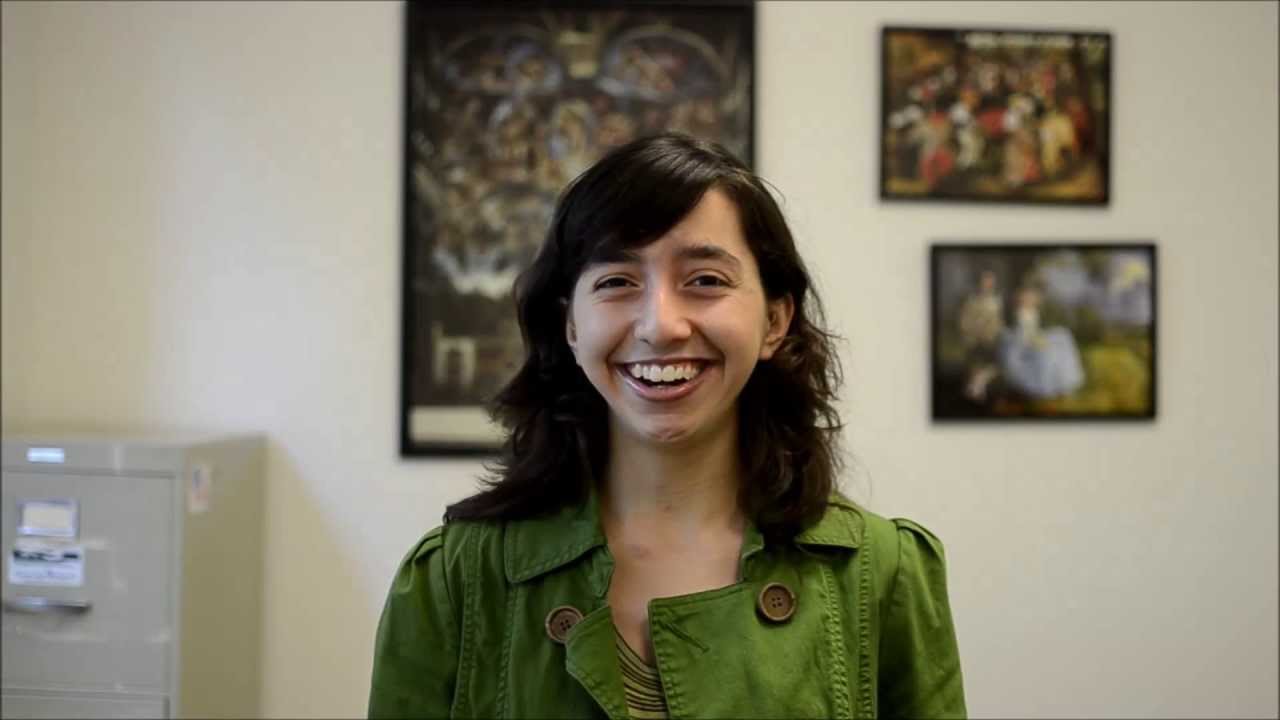 We spoke to Stanford student Zina Jawadi. She discovered she had hearing impairment at the age of 3 and underwent speech therapy until she was 10 years of age. She did 10 hours of therapy every week and recalled it as a torturous time. She also told us how lip-reading is different from speech-reading (reading the entire face) and that everyone lip-reads, even people without hearing impairment.

She was delighted with our game and give us the following feedback: 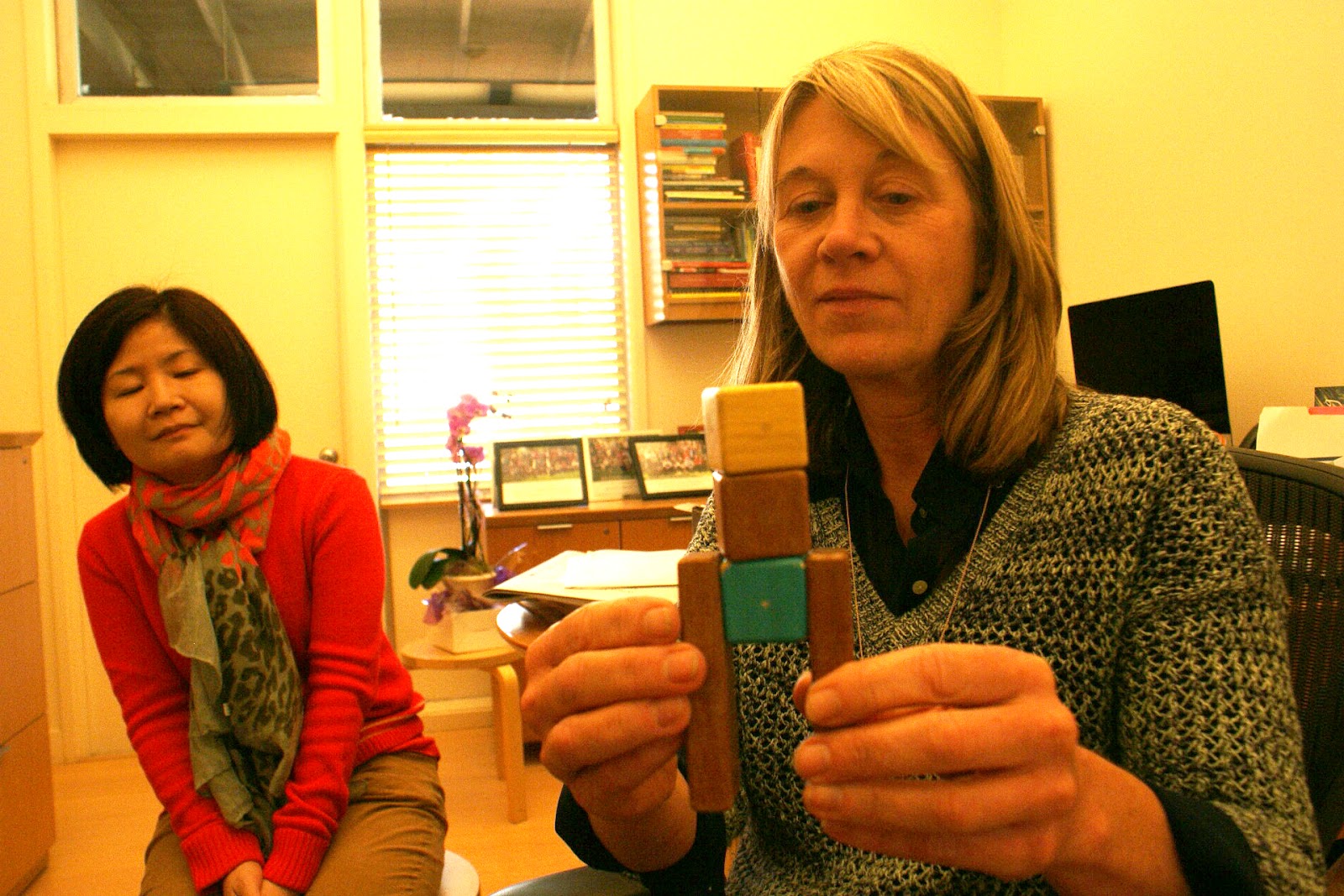 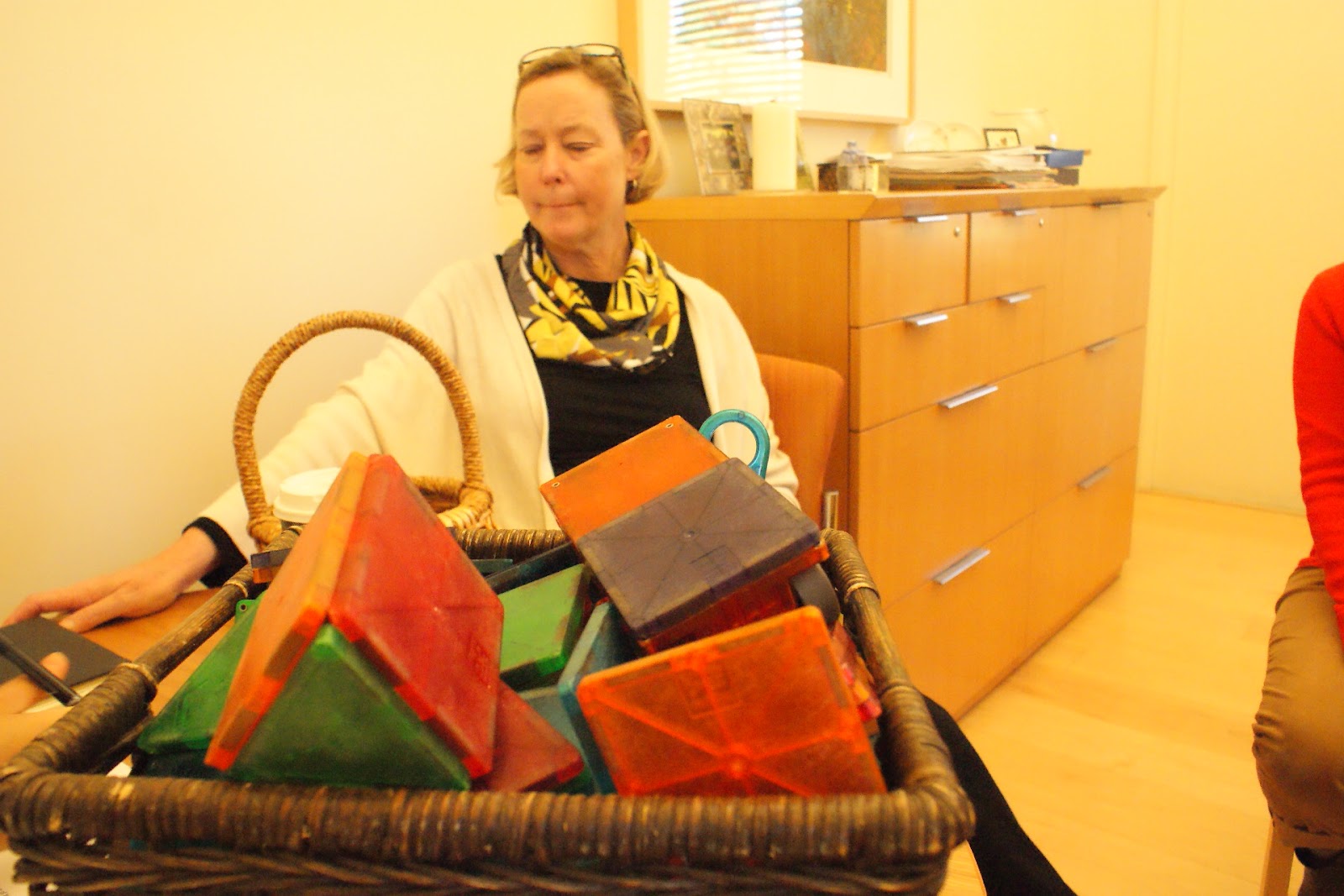 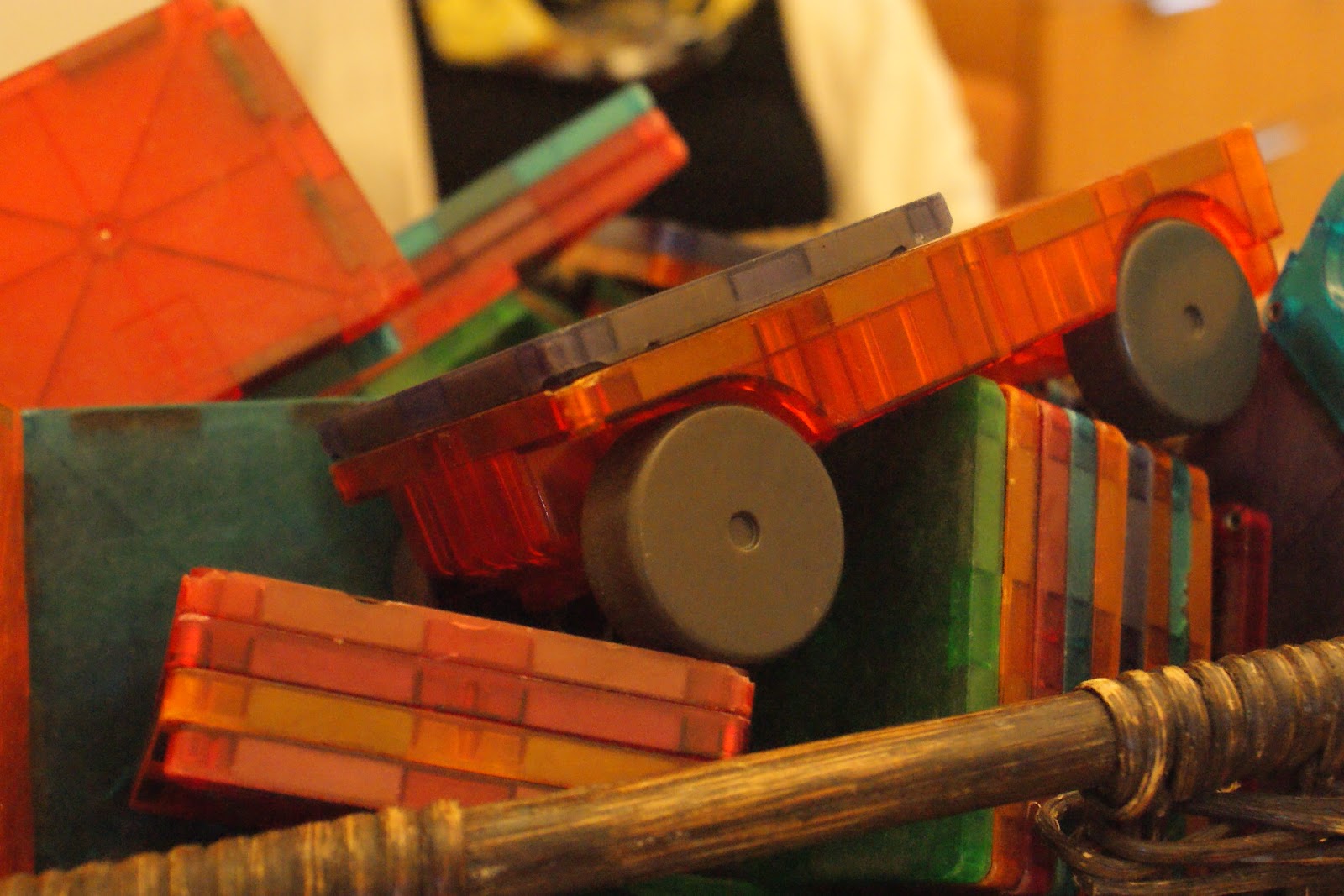 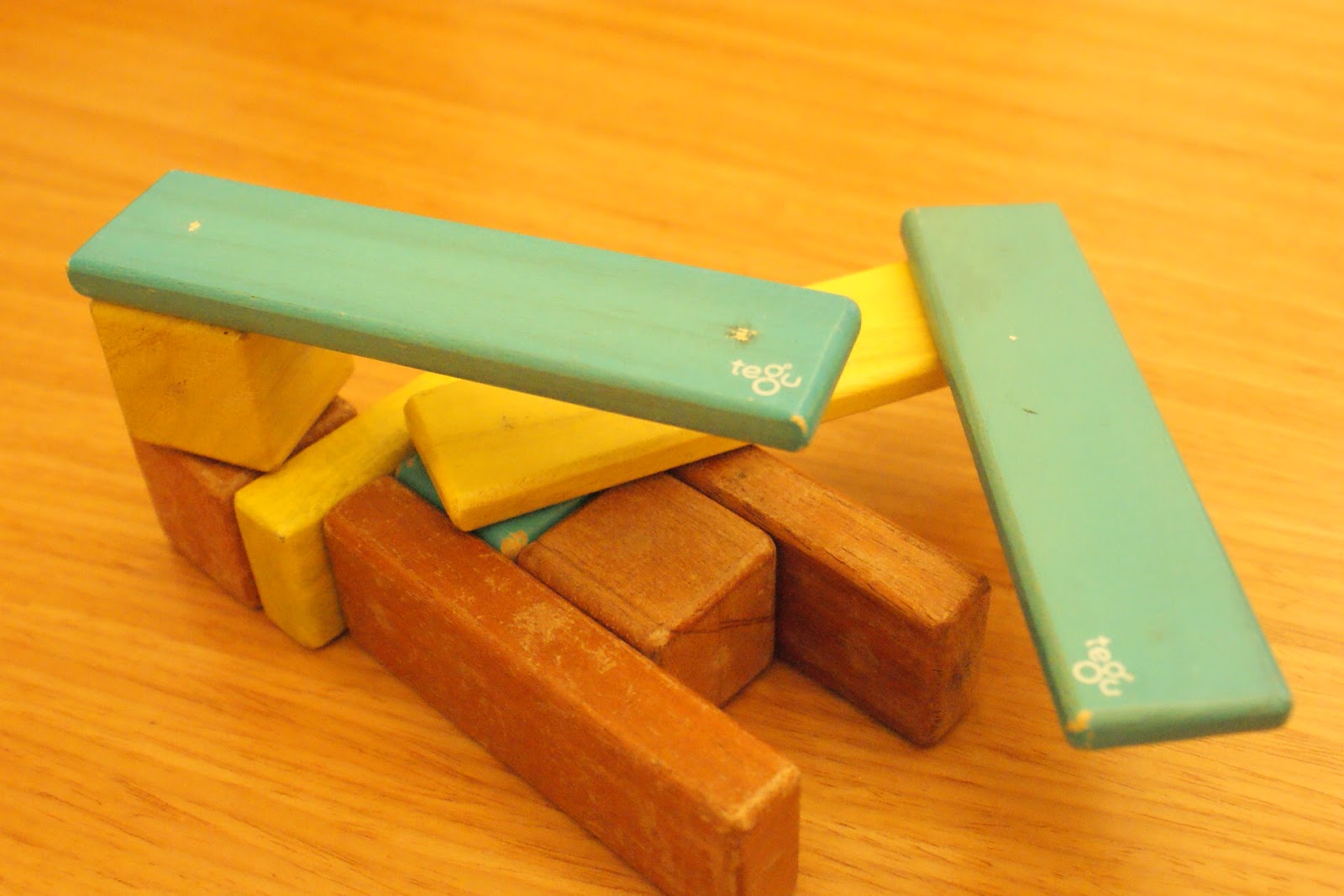 The teachers told us how the children like to build and showed us examples of existing toys.

Their feedback on the game was as follows:

Based on the feedback we got on our first prototype we redesigned the game and also made a deck of cards. 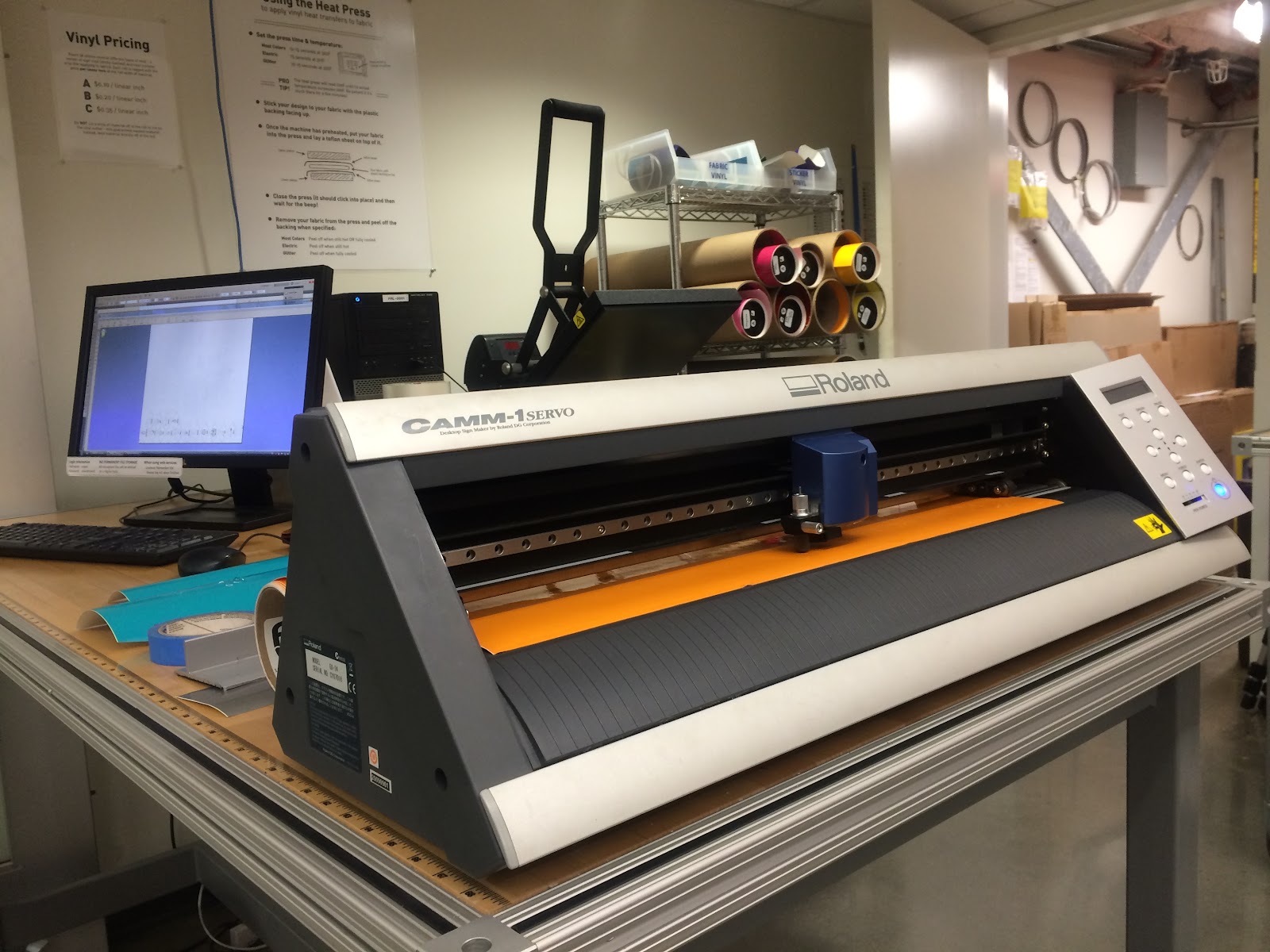 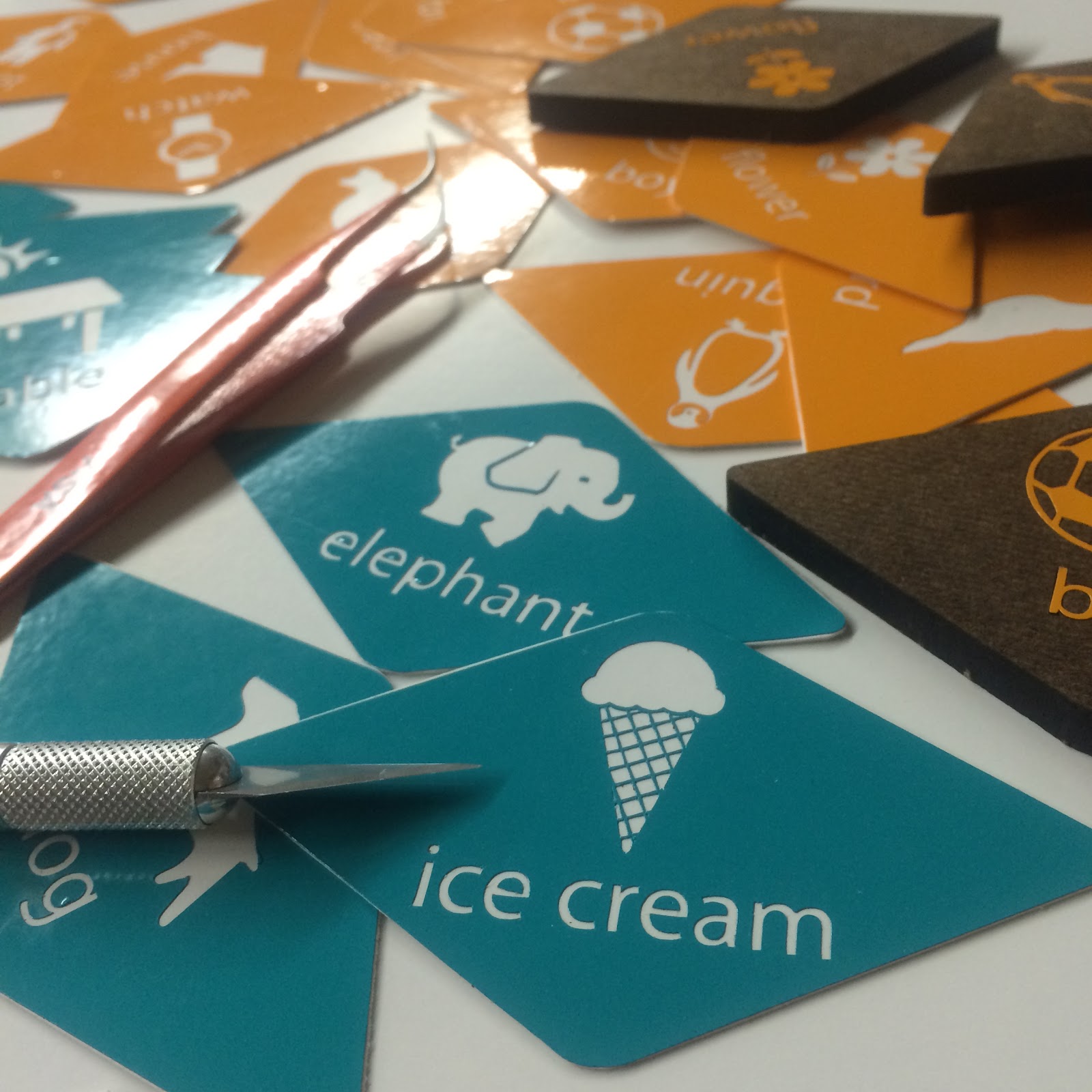 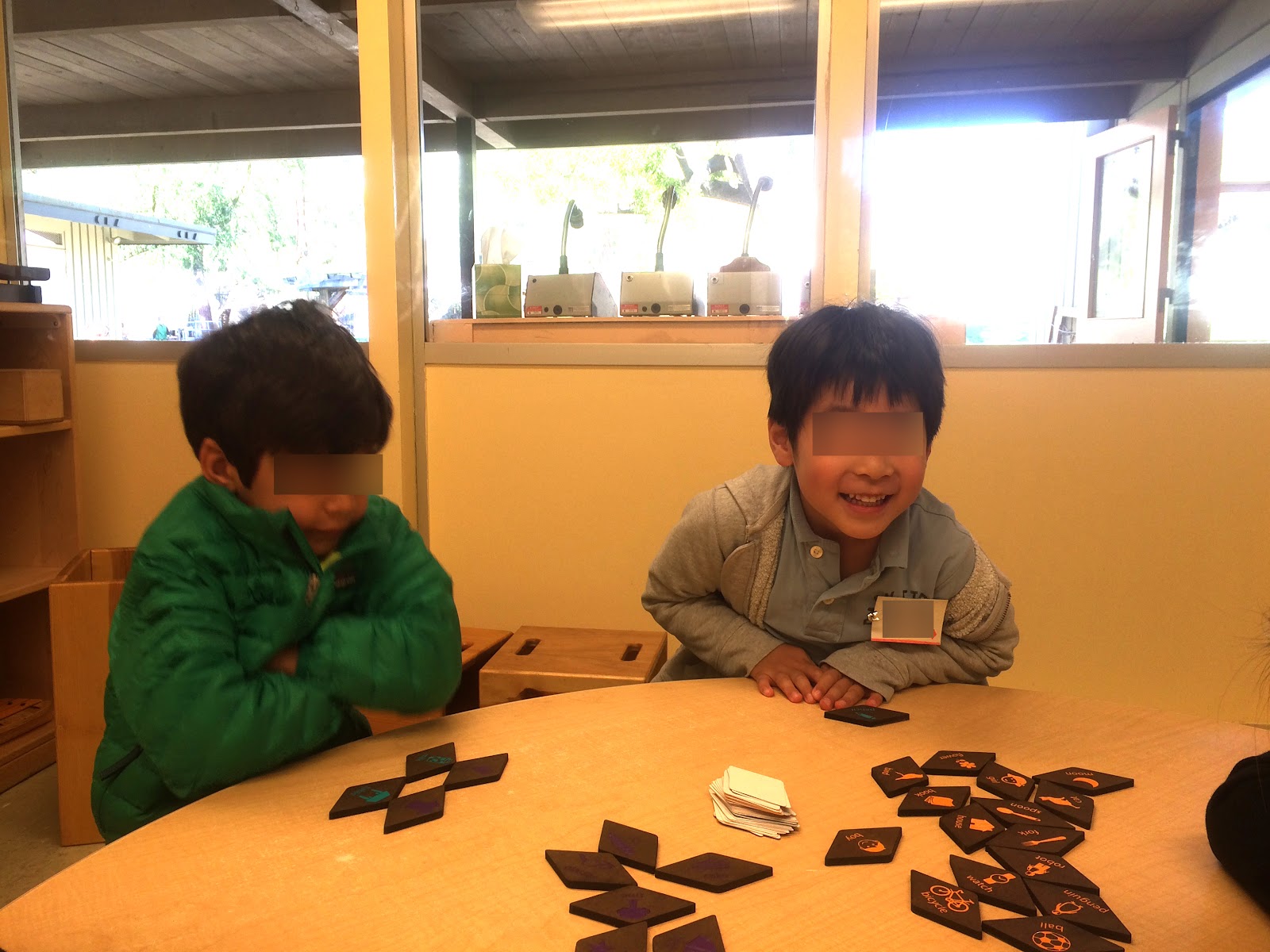 From the prototyping session at the Bing Nursery School, we were able to observe how the children interacted with our game.

Firstly, some children were confused as to what the images represented. Since the children were between two and five years old, they couldn’t read words yet, and a word we had labeled as “doll” was mistaken for “teddy bear.” From this we realized that we should be more selective when choosing images for the nouns.

Secondly, there was a preference toward yellow pieces. We used various colors to represent different places of articulation of the word in the mouth, reflective of levels of difficulty in the guessing the words. However, the children naturally gravitated towards the yellow cards. To remove the bias towards one color, we need to think about what colors we use to indicate the difficulty levels. 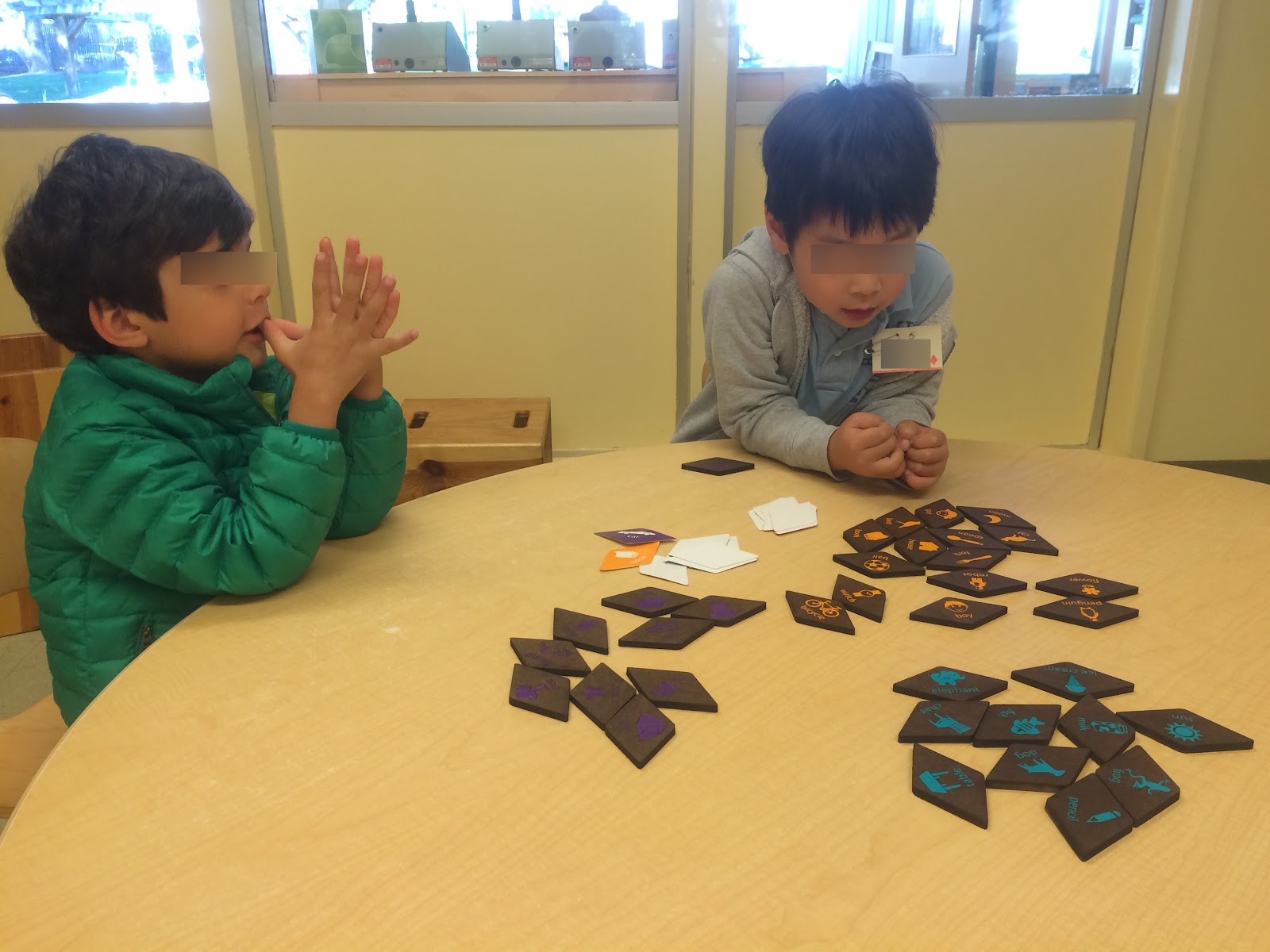 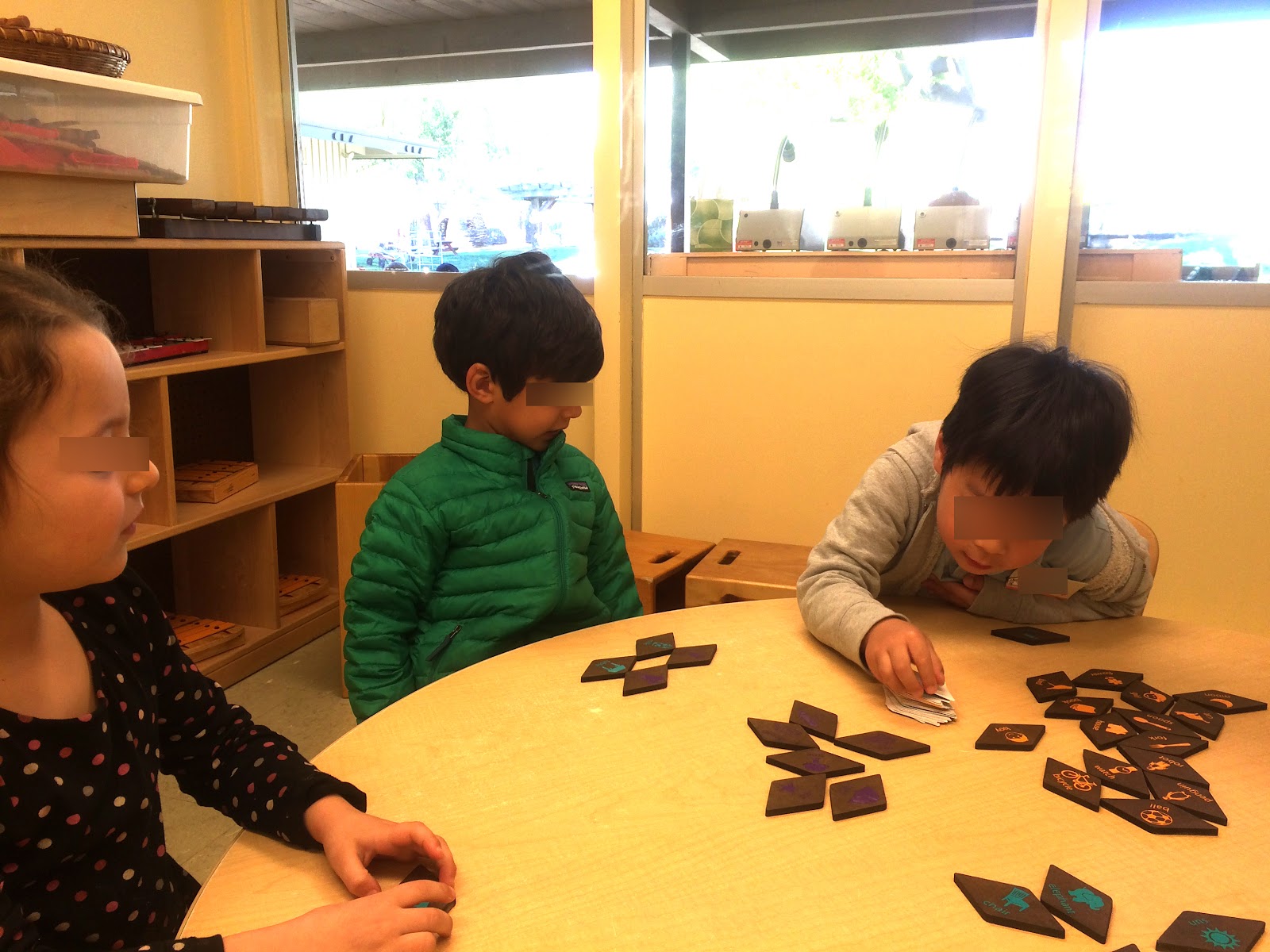 We observed that the kids liked to twist the cards in their hands in an attempt to hide it from the guessers. With the current thickness, the cards easily got mangled and weren’t durable in the long run.

It also wasn’t clear as to what to do with the cards after someone guessed the word right, so already-played cards went back into the pile and they were replayed. In order to address this, we would need to keep already-drawn cards separate from the words that haven’t been drawn.

Lastly, some kids just guessed every word possible in one pile, in effect defying the main purpose of the game, which was to practice lip-reading. Seeing this, we realized we would need to limit the number of guesses.

Our game particularly excited one of the shyest, quietest kid in class and we realized that this was a game that helped anyone join in. It is the inclusive game that we were envisioning, and we hope that it will also help children with hearing disabilities to play with other friends easily.

We will make the following changes to the current prototype that we have:

Provided that only one of the entire set of Rhombus Rumbles is manufactured, we would expect the total to come to an approximate $300 as per the breakdown below.

We would like thank Jennifer Winter, the director of Bing Nursery for welcoming us to try our prototype with the children. We would also like to thank Beth, Chia-wa, and Pecky at Bing for giving us great feedback on our prototypes.

We would like to thank the children for their real responses. We enjoyed seeing them playing with our game! Their excitement gave us conviction that we were going in the right direction and provided greater momentum in producing our prototypes.

We would also like to thank Zina for sharing her story and providing feedback on our prototypes.

Last but not least, we would like to thank our professor Dave Jaffe. His class was the perfect opportunity to start this project, and we’re excited to see what it will become!