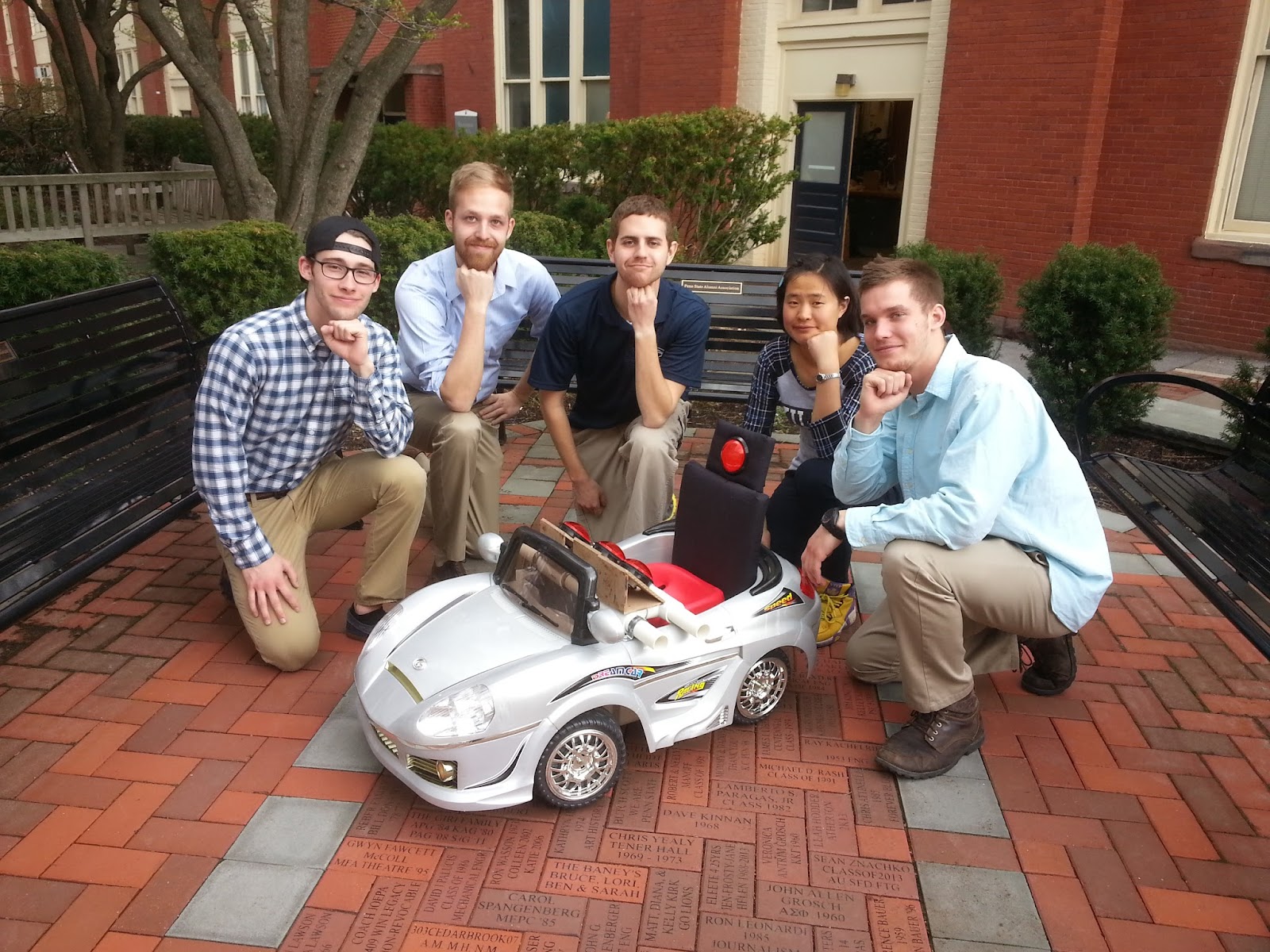 The team has been tasked with modifying a child’s toy race car so that children having difficulty interacting with their peers can drive it using a variety of simple switches and communicate with their friends. The switches must be adaptable for a variety of disabilities so that the car can be driven with the hands or head. The car must provide postural support that can be modified as needed for each child. Additional features such as sensors to prevent collisions and a remote kill switch that could be pressed by a guardian are more advanced features that would allow the child even more freedom.

While other parties have undertaken projects similar to this in the past, our team will differentiate themselves from other similar projects by applying solid engineering and control systems principles to deliver the best product to the child and sponsor.

Physical disabilities, especially those such as cerebral palsy and spina bifida, make it very difficult for children to walk and play with their peers. This leaves them out of basic social interactions like playing on a playground or learning a new game. This is a significant issue regarding their social and mental development which will only cause additional hardship later in life. Play and interaction between children is an essential part of their development.

Our sponsor has asked that we achieve the goals of the Rehabilitation Engineering Research Center on Augmentative and Alternative Communication (RERC on AAC) by modifying a child’s ride-on car.  This project requires that the team modify the car so that it can be used by children with disabilities to better interact with their peers.  The modifications must enhance the child’s overall experience as well as provide the necessary support and safety.

The team is tasked with modifying a child’s ride-on toy car to allow a child with cerebral palsy, spina bifida, or a similar disability to better interact with his or her peers in a play setting.  This would include changing the methods that control the car and providing modular seating so that the car can be used by different children with a range of disabilities.  The team will also design key features to keep the children safe.  The sponsor, RERC on AAC at Penn State, focuses on research to provide more effective augmentative and alternative communication, and this car would further their research interests by providing children with disabilities a safe and fun way to interact with their peers.

To address the need of supporting the child, several areas of interest were considered. First was the seat of the car which was made of hard plastic. A new cushioned seat was purchased and placed on top of a plastic sheet which covers and protects the battery of the car.

Next was the back support which is the most important support being designed for the car. The support is made out of medium-density fibreboard (MDF) covered by two layers of foam and a final cloth wrap for a clean, comfortable look. This backrest is held on by metal supports which hold the backrest to the back of the hub of the car and against the car seat. The backrest includes a PVC pipe system attached to its back which holds the modular head rest/head controls.

Additional areas of support include the harness of the backrest and the additional trunk support that can be removed on the sides of the car. The additional side support will aid the children in sitting vertically without leaning too far to one side or the other. The harness will keep the child in the seat and prevent any accidental fall in the car from occurring.

Using a series of hand or head buttons, we made the car more accessible while maintaining the responsiveness and enjoyment of the original car.  These allow a range of children to operate the car.  The controls also have a fun aspect due to their appearance.

The team relies on an Arduino micro-controller to control the driving and turning operations.  In addition to receiving input from the hand and head control switches, the micro controller reads an ultrasonic sensor that will stop the car’s operation if a hazard is detected.  The car still retains full use of it’s original remote control.  To enhance the experience of the child, the motor has been programmed to use a “soft-start” technique, meaning that the child will experience little acceleration when starting the car until maximum velocity is achieved.  A similar “soft-stop” occurs when the switch is no longer pressed.  These features will maximize the safety and comfort of the rider.

As of Friday, April 17th, the project is in its final stages of completion.  Upon completion, the project will be evaluated by our sponsors, professor, and peers at a formal design showcase.  However, as a team we are confident that our project has met the design criteria, especially in terms of the safety, performance, and child enjoyment.  Our support subsystem gives the child a comfortable seat and proper trunk support.  We have integrated sensors that detect obstacles and stop the car.  The child has the same level of control with the modified car as they would have with the original model.  The only difference in the performance is the ease of use which makes it more accessible.  All of our design decisions were made with the child in mind.  Our final solution addresses not just the technical specifications, but the overall social experience of the child.

We completed this project with a very user centered approach.  We researched the target audience of the car and learned as much as we could about them.  We used this information to develop design criteria that all additions were based off of:

The teams best designs were chosen using concept selection matrices and the solutions were implemented.  The changes that were made to the car accomplished the goal of the project: modifying a child’s ride-on toy car to operate with head or hand switches to allow a child to better interact with his or her peers in a play setting.

We would also like to direct interested individuals to the information available at the University of Delaware, their work in this area was enormously useful to us in the development of our vehicle 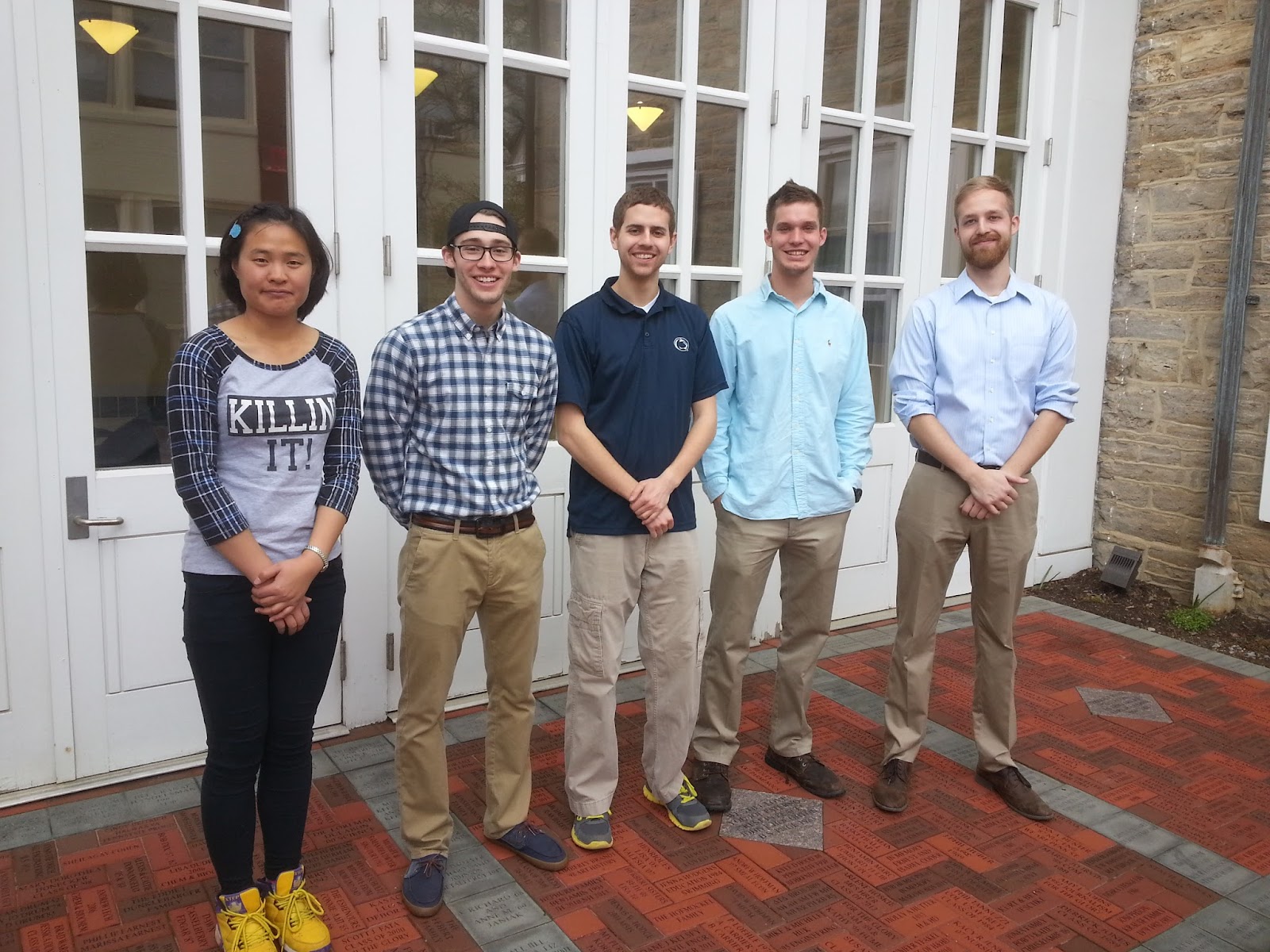