Dinosaurs are pretty cool, right? I mean they’re huge and all different shapes, and do all different things! I have always hoped that dinosaurs were majestically large like whales. What has always been perplexing to me about dinosaurs though, is how they went extinct. There are many different theories regarding the extinction of dinosaurs however, a select few are definitely more prominently believed than others.

Many paleontologists hypothesize that a giant asteroid, that was approximately ten kilometers in diameter, struck the Earth and caused the dinosaur extinction. There is evidence off the Yucatan Peninsula of a crater from an asteroid 65 million years ago. Aside from the crater, there is iridium prominently in the same area. Being as iridium is a rare metal only found deep in the planet or in asteroids, this also leads to the conclusion of a giant asteroid striking the earth. There is also a substance called “impact ejecta” found near the asteroid sight. “Impact ejecta” is “evidence of an explosion hot enough to melt bedrock.”  Furthermore, there are fracture patterns in crystals near the asteroid site; which can only be caused by very large impact. It is thought that greenhouse gases came from the impact and caused the Earth’s climate to drastically change in different regions. The dinosaurs then could not adapt and died off. A large number of course would have died upon impact as well.

Another theory is referred to as “volcanism,” which basically hypothesizes that a lot of volcanoes erupted throughout the course of 500,000 years. In the Deccan region of India there are signs that more than 6,500 feet of land was covered by lava from volcanic eruptions. Scientists suspect that so much ash and debris from the volcanoes got into the air that the sun was covered and caused the climate to change.

A less likely possibility is that dinosaurs had difficulty competing for resources with mammals, which caused them to die off. The final theory is continental drift. The shifting of tectonic plates caused different land masses to collide and separate. Different regions then had different temperatures and some were then cut off from the sea. This is shown by fossils from sea creatures being far above sea level today. However, all these theories do not answer the question of how dinosaurs went extinct!

What most likely occurred was a combination of all these theories to some extent. A small amount of each theory happening over time would explain why the fossils that are found show a slow decrease in population. While we may never know how the dinosaurs went extinct, we can still bask in their magnitude. 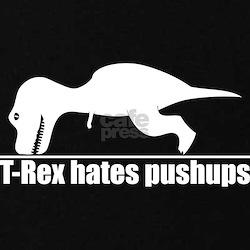