(CC). Carbon does no stay in the body of a living organism but cycles throughout the environment in many processes. However the impacts of too much carbon are being noticed and becoming a great issue. Most people know that carbon exists in a gas form as CO2 and is the main product of respiration. CO2 gas gets recycled out of the atmosphere by mainly plants and algae and turned into sugars for the plants food. Eventually these plants will either get eaten or respire the carbon back into the atmosphere. Carbon that gets eaten will eventually turn into waste and be processed by fungi and bacteria. When the carbon nutrient goes back into the Earth it will either be turned into limestone, a common type of rock found in the State College area, or over a process extreme heat and pressure lasting millions of years be turned into the main sources of the world’s energy; oil, coal and natural gas.

However with increasing use of these carbon resources harmful effects have started to occur in our environments. Globally there has been an increase in temperature but in the artic temperatures have been increasing twice that rate, causing a decrease of ice by nine percent (nrdc).  The dangers from melting ice leads to the loss of habitat for animals that thrive in these polar regions, an increase in sea levels that will change borders and flood islands, and changes in migration patterns of animals.

There are many options that we could follow to change the outcome of global warming, many of which are already being implemented at Penn State. The recycling program, Mӧbius, has so far diverts 65% of its solid waste from lands fills and a reaches 75% through composting (sustainability). With the participation of many students and staff we are reaching these numbers, however every bit counts and more percentages are added each year. Other avenues to follow would be the type of energy that we use. Wind and solar energy is already being put in place in many parts of the country and many researchers are working on ways to optimize our energy collection from those sources. 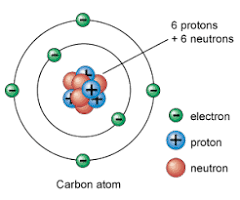