Could one of the most commonly used women’s undergarments cause breast cancer? There has been much talk about the possibility that the simple women’s bra is causing breast cancer. There has been multiple studies conducted upon this idea due to the fact that if this myth is true almost the entire population of women are in danger. 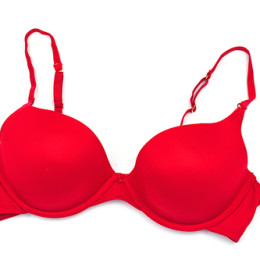 Now do not be worried as the few studies that have been preformed have debunked the myth. One study has taken large group of women in “metropolitan area that compared 454 invasive ductal carcinoma (IDC) cases and 590 invasive lobular carcinoma (ILC) cases diagnosed between 2000 and 2004 with 469 control women between 55 to 74 years of age”( Chen, Malone, Li). This was an observational study and the data was collected by brining the subjects in one by one and interviewing them to get the different data needed. The data was not all numerical it also had to do with what the subjects lifestyle was like due to the idea of possibly a third variable that leads to the growth of the cell.

The study has resulted in once again no correlation between the two. There is nothing in the bra that we know of or habits while in the bra that cause the cancer cell to grow. As of now you can continue to sell and wear bras without any worry. until further study is done the idea cannot be put to rest, yet there is sufficient evidence to help put your mind at ease.

6 thoughts on “Can Wearing a Bra Cause Breast Cancer?”