In today’s culture you hear of many different illegal substances, doing many different crazy and bizarre things to the mind. From the 1960’s hippy culture to now, different psychedelic drugs are experimented with and done recreationally. You see them portrayed in different movies and glorified by old classic rock bands, but what do these drugs do exactly? What are psychedelic drugs and how do they effect the brain to make one ‘trip?’

According to psychedelics.com many different drugs exist on the market today, such as mushrooms, LSD, acid, DMT, and much more. These different drugs each have effects such as, “intense hallucinations” and “distorted sense of reality” (psychedelics.com). Each type of psychedelic will have a different effect on the brain and the different chemicals it can produce or expose. When a person is on one of these drugs, they are considered to be in a “trip” where that distortion of reality is at its peak. This is due to an imbalance in the brain and chemicals that can either be exposed or created.

One example of this would be with the ‘magic mushroom,’ where the magic in it is actually from the chemical psilocybin. Once in the body this chemical will begin to bind with serotonin receptors will have the effects of ‘mixed senses.’ The mixing of these occurring senses will result in the hallucination and distortion of reality (Live Science, 2011). Each of the different drugs that are listed under the psychedelic category will have a similar effect on the brain and body, each releasing a chemical that is specific to it’s specific drug.

Though many of these psychedelic drugs have a very negative connotation attached to them, there have been studies that can show a positive side to the use and reuse of them. In a study conducted by Peter Hendricks, a professor of clinical psychology at the University of Alabama, shows that the use of psychedelics have been linked with reductions in suicide and distress (Psychedelic Frontier, 2015). During this study, it was concluded that the users of psychedelic drugs were 36% less likely to attempt suicide. Another study conducted by a Norwegian team back in 2013 showed that the use of psychedelic drugs had an effect of improved mental health. The article states, “psychedelic users were shown to have a lower incidence of psychosis, anxiety, mood disorders, social phobia, and PTSD” (Psychedelic Frontier, 2015). Even though these psychedelic’s are listed as schedule 1 drugs by the government, there are some positive signs that can be at the hand of them.

Psychedelic drugs are a very interesting topic to me because of how differently they can effect each person. The drugs such as mushrooms, LSD, acid, DMT, and so on each have their own way of making the human brain react. Though these can be extremely dangerous, different research has shown that when placed in the correct hands, I suppose they can do some good. However, with that being said, I don’t recommend giving them a shot because they are in fact, illegal. 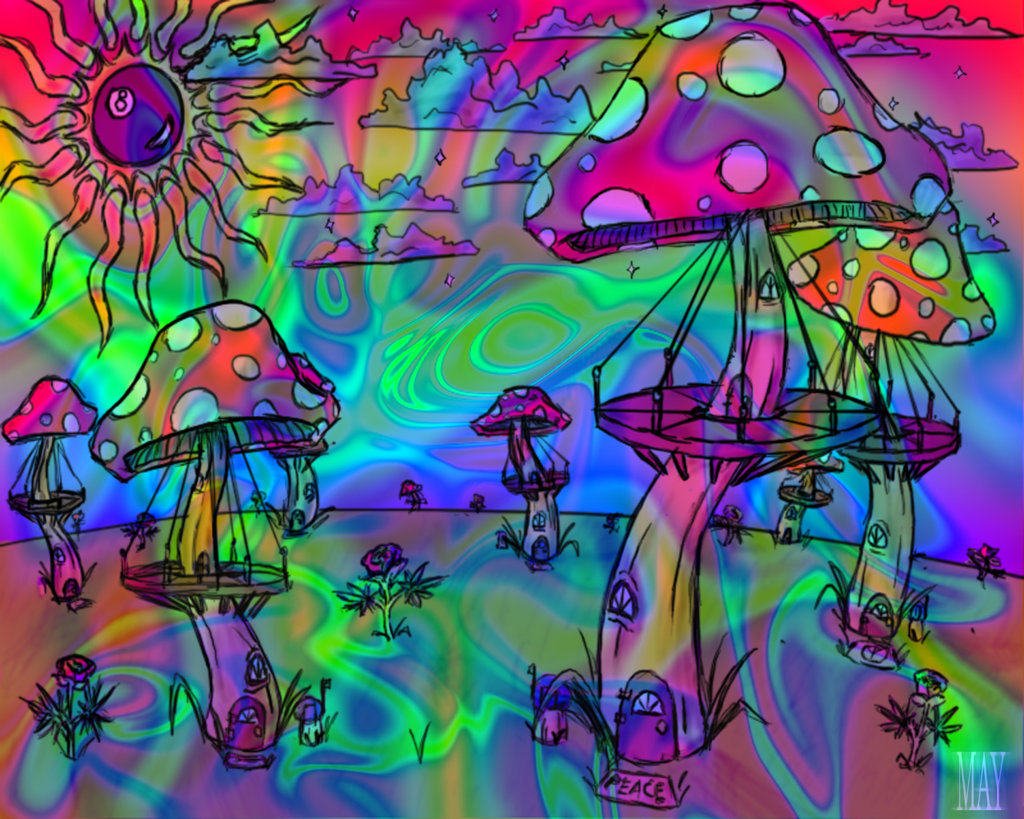