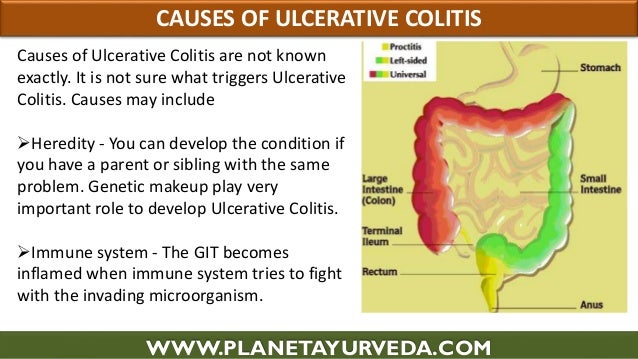 There are my factors that go into Ulcerative Colitis in which people can develop it. Some believe it’s simply by chance, others think environmental factors play role, or it’s genetic. The genetic factor however is a very touchy theory that many believe not to be true. When I was diagnosed over a year ago I went from being fine to a full blown flare experiencing the type of pain you would never think was physically possible. Quickly after I was put on an oral medication and a biologic known as Remicade and have been heading into remission ever since. (Knock on Wood).

While there are several medicines out there for patients to help them reach remission, everyone and their bodies have different ways of responding. What may work for someone may not for another because it is difficult to treat and standard therapy can be ineffective. However, a new study led by researchers from the Farncombe Family Digestive Health Research Institute at McMaster University show that transplanting fecal matter may be a useful solution in the fght against UC. According to the article by McMaster University “Two new studies show that fecal transplantation may help fight against ulcerative colitis” which explains the use of fecal microbiota transplantation (FMT) and the impact it has on patients. Essentially it “involves transplanting gut fecal bacteria from healthy people into patients with UC.”

A study led by Elena Verdu, an associate professor of medicine with the Michael G. DeGroote School of Medicine found that a certain gut bacterial helps control UC. In order to test this theory she conducted an experiment using rats to show that certain bacterias are important to prevent our colon from inflammation and injury. At the same time professor of medicine Paul Moayyedi and his team, “explored the safety and efficacy of FMT by conducting a placebo-controlled, randomized trial.” This helped them discover that much of their findings for similar to Verdu in which FMT induces remission among patients.

The experiment took on the experimental approach by separating two groups of mice. One group was given bacteria was patients with severe UC and the other group was given bacteria from the healthy donor. The first results Verdu noticed was, “The results identified a reduced amount of the bacterial families that are important for gut health in the feces of patients with severe colitis.” This also led to the finding that when mice were exposed to toxins that could potentially cause injury to the gut inflammation was higher in the mice that were given the UC bacteria versus the mice with the donor bacteria.

Moayyedi conducted another experiment, however this time on humans. He conducted an experiment consisting of 75 patients with a UC fare separating them once again into two randomized groups with a placebo control.  One group was given an enema from an anonymous healthy donor once every week for six weeks while the control group received a water enema for the same allotted time. “They found 24 per cent were in remission in the fecal transplant group compared to five per cent in the placebo group,”  according to McMaster University.

While much of these results are promising it leaves me to wonder the ages and sexes of those experimented on? Ulcerative Colitis is a difficult to treat and is nowadays very prevalent with people in their early to late twenties. If only one age group or sex was used it could potentially make for a different experiment and results. Younger patients could respond better to this sort of treatment or vice versus. Not to mention that inducing enemas into patients with UC could potentially increase their chances of a flare or even make it worse causing a confunding variable in this experiment. UC is a tricky disease and while 24 percent were in remission after this experiment there’s not guarantee that patients will remain in remission. I think the experiment would benefit from doing further looks into 6 months to a year and see where these patients are after they receive from the healthy donor to get a better sense of the long term affects.