Throughout the school year, my roommate from San Diego has asked me a wide range of questions; from “what’s there to do in Pennsylvania” to “are fireflies real”. The other day he asked me why he went from enthusiastic to tired the majority of the time, and also asked why he felt somewhat down in the dumps. I responded by telling him about the “winter blues”  and how colder weather sometimes results in depression, and more of an inclination to sleep. Without question, he took my word for it. So does the cold elicit different moods? 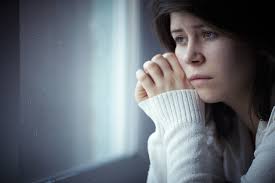 The first information that I came across when researching was that negative changes in behavior/mood were linked to SAD (seasonal affective disorder).

So what exactly are the symptoms of seasonal affective disorder?

A health poll on weather.com asked people if they tended to feel depressed during dark winter days and slightly over 76% answered “yes”. Since the poll was not randomized,it was not representative of the population, and the results could only extend to those who participated in the study. Also, since the poll was done online anybody could have answered the question, even if they never experienced dark winter days which could result in response bias. With this type of study there could be many confounding variables that affected the conclusion, so the validity of it is questionable.

An experiment was done on sixty-two students at the University of Miami, where they had to explain how they’d feel after being told the weather conditions in each scenario. The study concluded that certain weather conditions tend to enhance emotions rather than create them. For example, cloudy, gray-sky days would increase chances of depression while sunny, warm days would enhance one’s confident and optimistic emotional state to ecstatic. Although, I myself am not a scientist, I believe that a meta-analysis should be performed on this study to make sure it was designed well.

For a more in-depth analysis of the experiment, click here

One study exclaimed that a causal factor of  changes in one’s mood could be due to circadian rhythm, which is “physical, mental and behavioral changes that follow a roughly 24-hour cycle, responding primarily to light and darkness in an organism’s environment. They are found in most living things, including animals, plants and many tiny microbes.” Researchers believe that daylight assists in the release of melatonin, which allows the body to know when to sleep (which is apart of circadian rhythm). Scientists have found that high melatonin levels cause feelings of depression, daytime sleepiness, irritability, headaches, and stomach cramps. Melatonin levels are found to increase as light disappears. Therefor, since the days are shorter in the winter and less sunlight is present, melatonin levels are relatively higher, which causes the above side effects. This could be a mechanism for SAD. 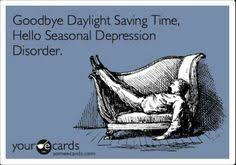 If you are afraid that you’re being affected by SAD, then try light treatment. Exposure to light substantially brighter than indoor light can help mitigate symptoms, since it acts as artificial sunlight which would keep melatonin levels from intensifying thus  lessening the chances of suffering from depression. 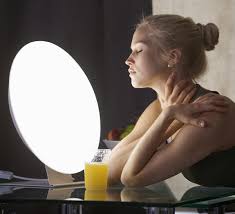 For more information on how to treat SAD, follow this link

Conclusion: Winter seems likely to affect one’s mood.  The reason for this conclusion is that there was difficulty finding studies/research that concluded that the winter did not affect  one’s mood. Either all the scientists who researched this found that the alternative hypothesis was true or it could be that this study suffers substantially from the file drawer problem.