What is a Study Buddy?

It’s finals week, you had an exam at 6 pm and now you find yourself at midnight with two exams the very next day. You hadn’t studied for them at all, what is your best option? Nowadays if you were to ask a typical undergraduate study in the United States, you may commonly find that a “study buddy” is your best option. A “study buddy”  is, “adderall, or prescription ADHD medication that can induce concentration for extended periods of time. Often taken without prescription by students who want to cram” (Urban Dictionary). This type of ADHD medication is one that will keep you alert and awake and will make you want to get things done, including studying (Gladu, hercampus.com).

According to a survey conducted from 2003 taken around individual campuses, as many as 20% of collegiate have used these prescription drugs in order to study; this statistic is one that has tripled between 1992 and 2003, and has even increased today (The Adderall Advantage). With such an increase in the students who use them for studying, I continue to wonder, do these prescription drugs work? Do they make a difference?

While many students will swear by the fact that the prescription drugs do work, maybe the students only think that they do. According to an article by shape.com when adderall is taken after about 20-30 minutes you begin to get that “feel good” energy. The adderall causes different cells to release a chemical that will mimic dopamine and make you happy. Maybe this illusion of happiness is why students seem to think it works. Time Magazine decided to look into it.

A study was done at the University of Pennsylvania with 47, non-diagnosed (with ADHD), test subjects. The group was randomized and then without knowing, given either a placebo pill or an ADHD prescription drug. They were then tested and their results were analyzed. The performance on the test showed no significant difference in scores between the group who had taken adderall and the group who had taken a placebo. However, one thing the study did find was that the subjects that took the adderall reported that they felt more confident in their scores than the placebo group (healthland.time.com).

This test was one that couple have possibly been constructed different. Many variable such as the student’s previous intelligence, time allowed for the drug to activate, number of test subjects, and even if the subjects had other health concerns other than ADHD could have all skewed the test. With this many possible confounding variables, the experiment may not be the most reliable but did have some interesting findings.

Though the test scores of the experiment showed no substantial difference, the fact that students who took the ADHD medication felt that they had done better on the test could give some answers. The illusion of doing well could heighten morale, and allow for better studying and test taking due to the confidence boost. Overall, this new craze of “study buddies” is one that is becoming more and more popular in the colleges and universities of the United States. Though most studies show no substantial difference, students who currently take them are not likely to stop. With all this being said, I do not recommend taking ANY prescription pills that you are not supposed to for it can be very dangerous. 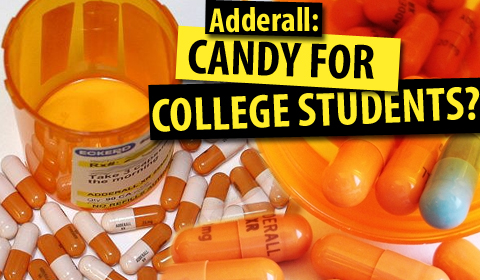