Have you ever noticed how you can smell a piece of freshly baked cake before you enter a kitchen and see it on the table? Don’t you automatically associate that delicious smell with something attractive that might please your taste buds as you enter the kitchen? For most people, that is certainly the case. (assuming they like cake). This very common experience made me think of whether smell has something to do with attractiveness. Can we on a subconscious level be attracted to certain smells emitted by people even before we actually see them? Do those smells affect our perception of how attractive someone is? If so, what are those smells?

Turns out that a study was done on whether females would be attracted to a certain scent in males over all others. 49 women and 48 men were assemble, each possessing diverse types of MHC genes (genes that are associated with the immune system of each individual). These women were given the sweaty T-shirts of men that wore them to sleep for 2 night in a row. He advised the men to wear odor-less cosmetics or no cosmetics at all (deodorants specially), to avoid sex and other interactions that might lead to differentiated odors in the participants. Women found that men with the most different MHC genes had a more appealing odor which they considered extremely attractive. The theor
y behind this is that evolutionary-speaking partners tend to seek those who have genes most different than themselves and a diverse immune system so they will pass on these wide range of genes to their offspring which could protect them from certain pathogens in the future. Of course, the study itself is not conclusive, it is just one of many that could reveal preference in scents over others. It is also important to note that all women tested were on the same time in their menstrual cycle periods and that those on the pill actually preferred men with similar MHC genes. So maybe in different periods of the cycle women may prefer different scents and on that particular one they may prefer scents that are different from their own. 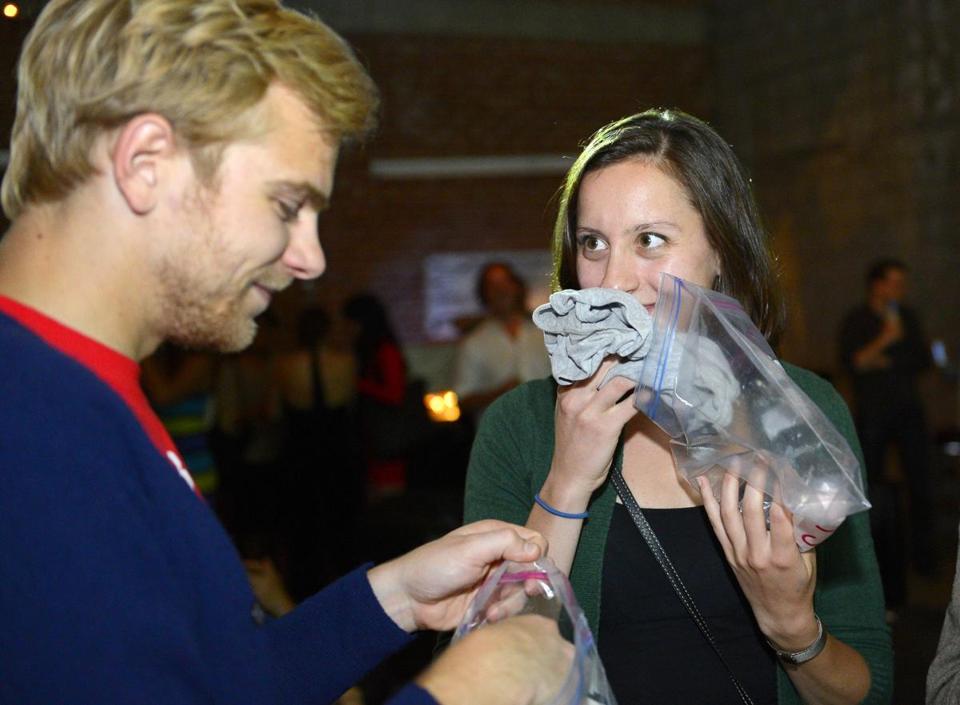 This could mean that we have inherently programmed ideals of what a good mate should smell like and this preference is enabled by evolutionary factors. This could potentially help companies make scents for couples that may not be as attracted to one another as they were in the beginning of the relationship or even help us figure out other evolutionary traits found in humans and their purposes toward the betterment of the human race.

According to NYTimes, a geneticist called Carol Obe from the University of Chicago conducted a similar study where she took 411 couples in a Hutterite clan were tested since they have higher rates of intermarriage between themselves and research showed once again that partners had found those with MHC genes most different than their own in the community more appealing and had married them.

Additionally, in another study women in their ovulating periods seem to find the scents of men whose body bilateral symmetry was greater more attractive than their counterparts. These women smelled 41 T-shirts of different men and it was found that most found men with higher symmetry more attractive during the peak of their ovulating periods (when they were most fertile overall.) This may be a mark of men who would give women the best possible offspring which would also be explained by the programming in of evolution in our bodies.

Of course, there are many other factors that contribute to the overall attractiveness of a person to another. Though controlled, all of these studies could have had third confounding factors present in them , like what the man ate during the days that could’ve affected their overall scent. However, we can assume that partner differentiation and maybe even symmetry have some evolutionary advantages that make people with these traits more desirable scent-wise.