According to JAMA Psychiatry, there seems to be a connection between depressed parents and their children exhibiting poor academic performance in school. Depression is a mental illness that affects 7.6% Americans who twelve years of age and older, and out of that twelve percent, three percent of them severe depressive symptoms according to the CDC. Individuals from a low socio-economic status are more likely to go have depression, and it is more common in women in the forty-fifty nine age bracket. More specifically, forty-three percent of individuals who have mild depressive symptoms, and ninety percent of individuals with severe depression come across with issues in their daily lives, such as social activities, home, and work. Furthermore, depression increases the chances to experience early death, a disability, and illness, and have a toll on loved ones. According to Brian K. Lee, PHD, of the Drexel University of Public Health in Philadelphia, PA, and other researcher’s, there seems to be a link between depressed parents, and their children performing poorly in their academics. Research was conducted on Swedish youth who were born between 1984-1994, and research was focused on those youth who left school at sixteen years of age. Brian K. Lee, PHD, and other researchers looked for connections that showed a linking between diagnoses of parental depression from inpatient and outpatient records with school grades for Swedish children born between 1984-1994. They also scrutinized the Swedish national data, which consisted of over 1.1 million children, 33,906 mothers, and 23,724 fathers who had depression before a child reached the end of compulsory schooling. What the researcher’s found was that 2.1% of fathers, and 3% of mother’s experienced depression before the final years of their child’s compulsory schooling. Therefore, from these findings, researcher’s were able to affirm that there is a link between maternal and paternal depression during anytime before a child finished compulsory education. However, there isn’t a statistically significant difference between postnatal depression and maternal and paternal depression, but girls were more negatively affected than boys when their mother’s were depressed. There also seems to be a biological mechanism as why girls were more depressed than boys when their mother’s were depressed. According to researchers from the University of California-San Francisco (UCSF) led by Dr. Fumiko Hoeft, PHD, an associate professor of psychiatry, they found that gray matter volume found in the corticolimbic systems of mother’s and their daughters to be similar through conducting an MRI (magnetic resonance imaging). This similarity was not seen among mothers and sons, fathers and sons or fathers and daughters. The corticolimibic system is located in the brain, which includes the prefrontal cortex, hippocampus, amygdala, ventromedial, and anterior cingulate cortex. It’s function is to assess danger, and processes and regulates emotions. Mood disorder’s such as depression cause structural changes in the corticolimbic system. However, environmental factors such as socioeconomic status does play a role in children developing depression. Gregory B. Couch, PHD, of psychiatry at Washington’s School of Medicine and his colleagues conducted a study on 105 prechool children aged 3-5. His team used a income-to-needs ratio to assess the socioeconomic status of those preschool children. During the time of the study $24,250 a year for a family of four was considered to be at the poverty level. Children from the ages of 7-12 went through a functional magnetic resonance imaging (FMRI), which allowed the researchers to analyze the hippocampus, and the amygdala. Analyzing those two parts of the brain the researcher’s found that children from lower-income families showed weaker connections between the left hippocampus and the right superior frontal cortex, but also weaker associations between the right amygdada and the right lingual gyrus compared to preschoolers from higher-income families. These weaker connections in the brain of children coming from lower-income families is unfortunately linked to those children developing clinical depression between ages 9 or 10. This reminds me of the topic discussed in class about the wormy kids, because the kids who were infected with worms were the ones who came from a low socioeconomic status, and coming from poverty not only put them at risk to be infected with worms, but caused them to perform badly in their academics. Personally, I can speak for myself in that I grew up in a family with very little money to spare, and from my experience I have seen that coming from a low socioeconomic status that it did have a toll on me in being able to academic perform well, and it still does today. Whoever said that money does that bring happiness, just didn’t have of it. Having money can and does make all the difference in life.
Sources
Associations of parental depression with child school performance at age 16 years in Sweden, Hanyang Shen et al., JAMA Psychiatry, doi:10.1001/jamapsychiatry.2015.2917, published online February 3, 2016.
CDC, Depression in the US household population, 2009–2012, accessed 2 February 2016.
Female-specific intergenerational transmission pattern of the human corticolimbic circuitry, Bun Yamagata et al., Journal of Neuroscience, doi: 10.1523/JNEUROSCI.4974-14.2016, published 26 January 2016, abstract.
Washington University School of Medicine in St. Louis news release, accessed 19 January 2016. 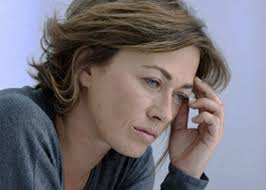