I was speaking to my friend from Sri Lanka this weekend and I asked him how often he had been to India. He said that he has been several times, and I asked about the living conditions there. I had heard that indoor plumbing was a problem in India, and as a result many people urinated or defecated outdoors. After doing some internet research, I was blown away at the magnitude of this issue. According to an article by Public Radio International, approximately 60 percent of the country’s population, or 720 million people, still defecates outdoors! (Chatterjee). In 2016, the thought that the majority of one of the most populous countries in the world was still didn’t use indoor plumbing boggled my mind. Obviously, this kind of an issue has major impacts to the overall health of the Indian population. However, my curiosity led towards the direction of the environment. I wondered as to how 720 million people relieving themselves without indoor plumbing has affected the ecology of India. I was expecting the news to be bad, to my surprise it turns out as more efforts have been made to increase plumbing there have been many positive results for the environment. 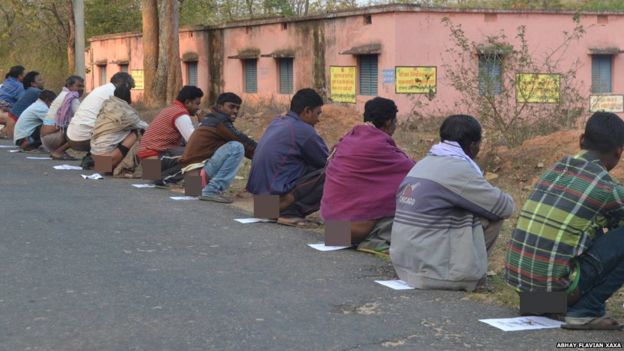 The problem comes from a general lack of infrastructure in India. While it has made its way up in terms of economic expansion and moving towards the first world and has been successful in becoming #4 in the world for manufacturing competitiveness (Prentice), India is still very much a developing country and as such it still has many motions to go in terms of getting to the infrastructure of a first world country. Unfortunately for the Indian people, they are very far behind in terms of getting to the first world’s level of plumbing due to there not being central disposal systems in place. It’s not a problem of widespread repairs that are necessary in each town/village’s waste disposal system, the problem is that there is no waste disposal system. Putting in waste disposal systems is no easy task, as they require large amounts of water that poor countries typically lack. So for now, the concept of India getting any waste treatment systems is too far into the future to do anything about now.

However, it seems that the introduction of ecologically-friendly toilets have started to make the living situation as well as the environment in India much better. Banka BioLoo, an Indian business enterprise that partners with a variety of different firms to further developmental well-being, has been introducing and installing “bioloos” into the Indian population. Bioloos are waterless toilets that go far beyond what the traditional porta-potty can do. They can be installed in any area, even onto moving trains, meaning that they can now access every corner in India’s borders, from densely populated urban areas to isolated villages (The Guardian). 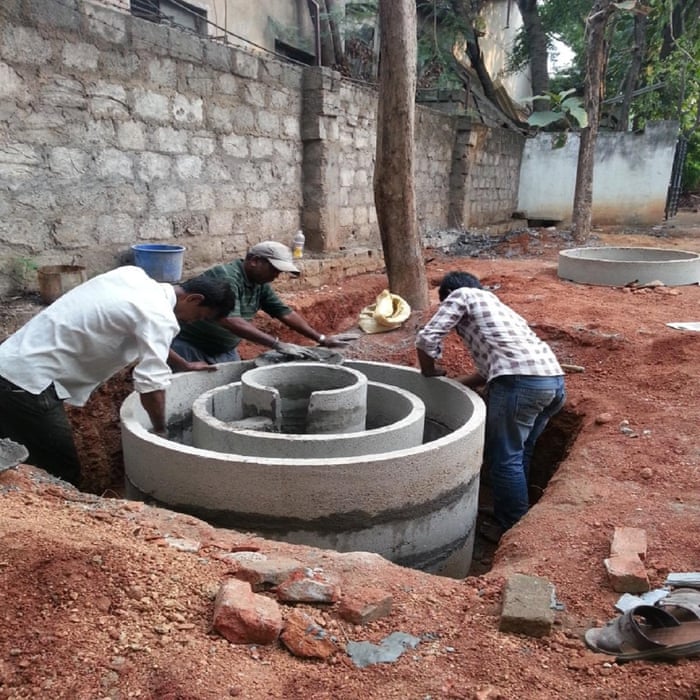 The environmental benefit that comes from the introduction of the bioloos is the use of the human waste product for productive purposes. Now rather than a portion of fecal matter going into water sources, bioloos help properly gather feces to be used for manure and composting material. This can further the progress in agriculture and getting proper nutrition to the people of India. Bioloos leave behind clean, pathogen-free water that can also be used for agriculture, as well as clean drinking water for the population that would have otherwise been thrown away. In addition to that, methane can also be collected in order to be used as an alternative fuel source that burns much less carbon than traditional gasoline engines (The Guardian).

India’s lack of indoor plumbing is without a doubt a very bad health issue that has lead to negative effects in the well-being of the Indian population. However, using bioloos as opposed to traditional indoor has been providing positive effects on the environment in India, reducing the carbon footprint while simultaneously providing more ways to improve agriculture and potable water. In implementing the use of bioloos, India may have found a way to effectively tackle their human waste problem as well as improve the environment and economy. Maybe it won’t be so soon before their lives aren’t so crappy.

1 thought on “What is India’s Plumbing Problem Doing to the Environment?”