My boyfriend’s father is a British national who lives in America because of his marriage. Every time he speaks, I find myself at full attention, hanging onto every word. For some reason his accent just exudes a sense of intelligence that I can’t get over. Because of this course, I’ve begun to wonder about my reaction to his accent. Is a British accent a subconscious societal indicator of intelligence? Is it just because he sounds different than I do? Or is there something more sinister at play, ie: an aftereffect of colonialism that leads me to believe that the British are superior to me? I consulted these articles in my research.

A study was performed that found that, although the results were not statistical significant, British-accented people ranked higher on intelligence and attractiveness levels than Americans, Latin Americans, and Middle Eastern people. The theory behind this study was that people with accents from historically strong nations (ie: England) would be ranked much higher than any of the other people. Because the results were not statistically significant, this claim is not actually supported. So, if science can’t help me… what next?

My next article, published by “The Conversation”, named a study done by the Social Mobility and Child Poverty Commission which did find evidence that job recruiters did discriminate between different British accents. The “Queen’s English”, aka the most widely known iteration of the British accent despite only being spoken by 3% of the English population, was equated with a higher IQ and those people were offered jobs more frequently. On the opposite end of the spectrum are people with accents like Ozzie Osbourne, called the “Brummie accent”. The people who spoke with the dialect were ranked lower than “silence” in the study. So British people are considered to have a higher intelligence, but only if you’re from a certain group of British people. I suppose that makes sense, though, as different regional accents throughout the US have different connotations, for positive and/or negative. 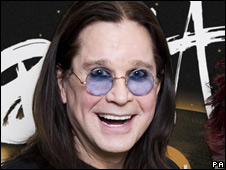 My final article was also about the study done on different British accents, so I was left with no real conclusive answer to my question. The consensus from the Internet seemed to be that although there is not factual, statisical evidence that supports my claim, that perhaps just the worldwide perception of British accents leads us to believe we find them intelligent. Truly confounding. We might never know what leads us to percieve the subconscious things that we do. Until then, I will be continuing my search for an answer to this pressing question.

3 thoughts on “Why does a British (or New Zealand) accent sound more intelligent?”