Most would agree that there are two types of people in life: those who enjoy early mornings, and those who do not.  Since I’ve started at Penn State, I’ve discovered this to be especially true in the college setting.  For example, I’ve learned that there are two main waves of risers on weekends.  The first wave consists of the people who want to get a head start on their Saturday (the people who didn’t stay out for the entirety of the night before).  The second wave of risers typically don’t emerge for another four hours or so. 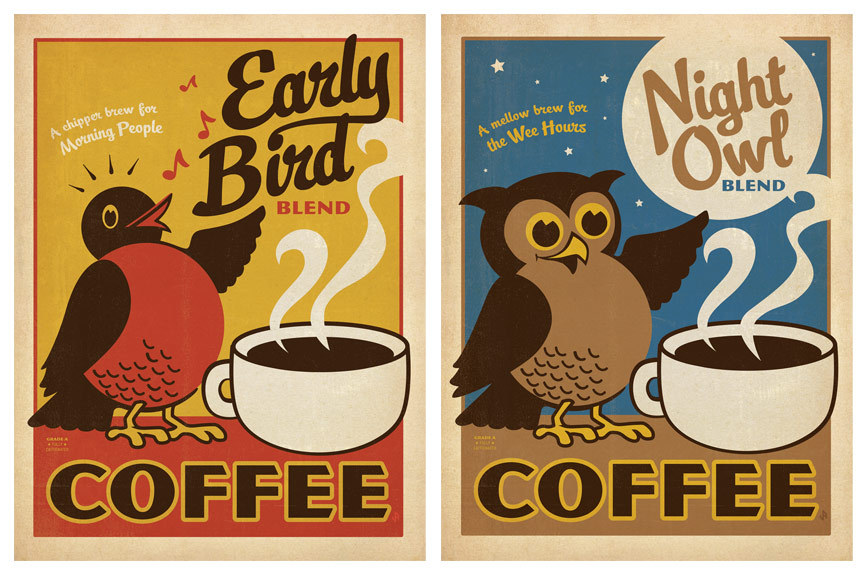 I was intrigued to learn that individuals don’t actually decide for themselves whether they are, in fact, an early bird or a night owl.  In an article I found on LifeScience.com, I learned that this is predetermined by your genetics from day one.  This is what is called one’s chronotype, or a tendency for an individual to sleep at a given time over the course of a twenty-four hour period.  In other words, each of us contains an internal clock of sorts.  In fact, this clock can be found in almost all life forms.

If you’re anything like me, you don’t feel as though you fall into one category over the other.  According Penn State professor of psychology, Frederick Brown, nearly half of the population falls into this middle ground.  The good news about this third group, however, is that they are able to rise several hours earlier than usual or fall asleep a few hours later than the average night–meaning we’re an adaptable bunch.  This third group is the most common of the three, with evening people following, and, understandably, early risers being the most rare of the three groups.

The most interesting fact that I found about the two extreme chronotypes is that there is no permanent switching of chronotype.  Our environment and behaviors can temporarily shift our natural inclination of sleep scheduling, which means that during these college years it is possible to shift more to the night owl chronotype.  It has actually been found that because of increased socialization and changes in hormones, high school students and college students will make up for a substantial cluster of night owls.  According to Brown, however, an individual will always return to their natural chronotype.  Unfortunately this means that true night owls may never know what a productive early start looks like, and vice versa.  For the early birds out there who have temporarily shifted to the night owl chronotype, this is good news for you in a couple of years.  And for you middle-grounders, congratulations– you will be able to adapt to whatever life throws your way.

Here is a quiz that I found that will determine whether you are in fact an early bird or a night owl, if you don’t already know.  If you’re like me, you tend to be a bit of both–depending on the day.  I’d be interested to learn how many of you are genuinely one type or the other, or if you’re stuck somewhere in the middle–able to do early mornings and late nights.

7 thoughts on “Early Bird or Night Owl…or Somewhere in the Middle?”