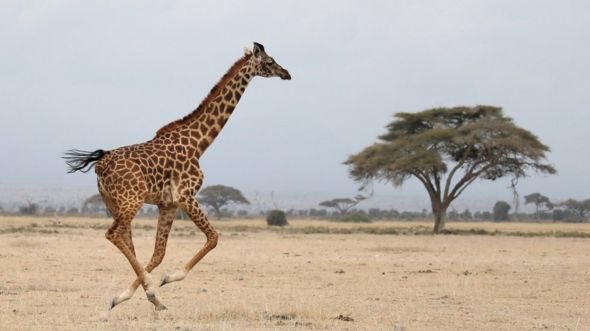 What was to be a simple study conducted by a team of geneticists at a biodiversity research center in Germany turned into one of the largest discoveries of the decade: there are four different species of giraffes.

The study published September 8, 2016 by Current Biology explains how there are really four giraffe species, instead of one, like was thought all along. After analyzing different giraffes from different parts of Africa in order to figure out how giraffe populations differ in different parts of the continent, they found that there are actually four separate species of giraffes: the Masai giraffe, the reticulated giraffe, the southern giraffe and the northern giraffe. According to Janke, a scientist at a biodiversity research center, the different species of giraffes can be looked at like the different species of bears, such as polar bears or brown bears. So yes, while all giraffes might look they same, they are, in fact, very different.

It could be that the different genes they discovered weren’t a correlation to the subspecies, like was thought previously, but instead they caused the discovery of the different species.

What is shocking about this discovery is the fact that, according to Victoria Gill, none of these four species of giraffes have not crossed genetics for millions of years, and each have adapted to their different environments.

Although this is an exciting discovery, the discovery leads to very bad news: because there are now different species of giraffes, these species are now even more endangered than the previously known one giraffe species was. According to the GCF, the population of giraffes has dropped more than 50,000 in the past thirty years. The numbers look even worse as we zoom in on each individual species of giraffes. There are less than 4,750 northern giraffes and less than 8,700 reticulated giraffes.

Although this sounds like, and is, terrible news, it actually might be helpful in helping protect giraffes. Because each of the different giraffe species counts as a completely different species from each other, they are even more endangered than they were as a whole, which will help them to receive even more funds and support, according to Dr. Julian Fennessy of GCF. This is especially important because giraffes as a whole are not considered endangered by the International Union for Conservation of Nature.