I have grown up in California my entire life, and the constant threat of an earthquake really affected my life. I have experienced probably about four or five earthquakes in my life that I can remember, and they are very frightening. My hometown of Lafayette, California is located about 20 minutes from the San Fransisco, which located basically atop of the infamous San Andreas Fault line. Because I lived in such a venerable area I learned a lot about the mechanisms of earthquakes as well as the dangers and how to prepare for “the big one”. For people who are unaware, earthquakes are caused by two tectonic plates moving against one another, and in the case of the San Andreas fault these plates are the Pacific Plate and the North American Plate. Where the two plates meet is called a fault, but there are a few different kinds of faults. The fault I live so dangerously close to is a “strike slip fault”, which means the plates move against each other rather than one submerging beneath the other.

For the past few years, everyone in the San Fransisco Bay Area has been talking about how we are overdue for another large earthquake. The last large one was the 1989 Loma Prieta Earthquake which was quite deadly and caused the Bay Bridge to partially collapse. Although this Earthquake was quite devastating, it was not the earthquake we are overdue for. This quake is expected to be much stronger and there is really no telling when it could occur. with this in mind recently I found this article that really intrigued me because of my knowledge of what a large earthquake could in damage to the area it affects.

What the article explains is that the San Andreas fault may have triggered a quake about 200 years ago that was simultaneous with a quake triggered by the San Jacinto Fault which runs close to the San Andreas. The result of this was a very powerful earthquake with a massive diameter in which it shook, and now scientists are saying it could happen again. Lozos explains that they are capable of triggering together because they are both under a lot of stress and contain a lot of potential energy, so that if one of them moves it could easily cause the other fault to move too. However even with this new information, there isn’t much they can do with it. Ludwig talks about how there is still no mechanism for predicting specifically when an earthquake occurs. Scientists can only hypothesize and time span of years of when a massive earthquake will hit, and California is past that time span making the threat of a catastrophic  earthquake closer than ever. 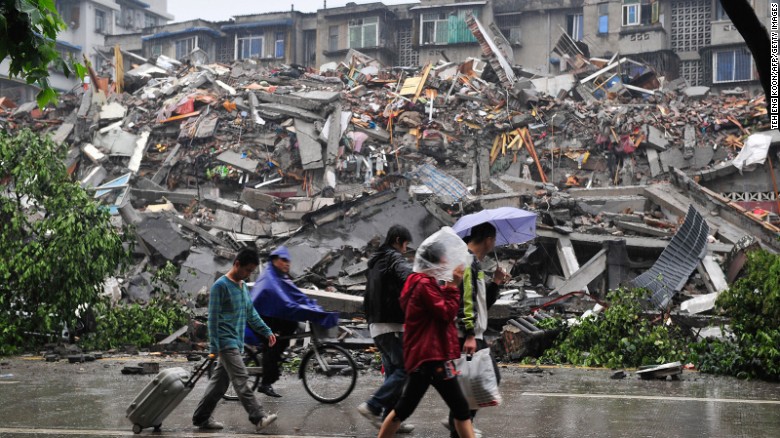 3 thoughts on “California is Overdue for a Massive Earthquake”