(This post includes spoiler. However, the movie came out forever ago so it’s your fault at this point.)

Aside from badass suspense music and a plot complex enough to make you question the question your are questioning, Inception has raised some actual questions regarding dream access and memory hacking. Is it possible to see a person’s dream? How does time function in a dream? Leonardo Di Caprio may have been on to something. 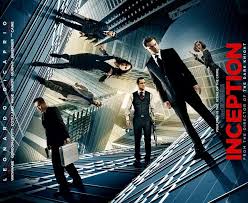 Even though the Movie has complex devices that send you into various dream worlds, levels, or whatever, that kind of thing doesn’t exsist. However, as mentioned by Rowan Hooper of New Scientist, modern MRI brain scanners can reveal the brain activity of a dreaming person and attempt to recreate that image through advanced software.

In the movie “Inception”, they determine that each level they go into a dream, the slower time is (Hooper states that 5mins=1hr in the first level, 5mins (on the second dream level)= one week). This concept allowed inception to have an insane climax that was a confusing as a Matthew McConaughey speech. The scene only makes sense if you understand the time concept. The idea brings up some cool ideas on the topic, but has little evidence to support it. While it may seem like only a little actual time elapsed while you are having a dream, it is most likely happening in real time rather than the slowed time that Inception suggests. I believe the illusion is due to the rapid change in setting that occurs in a dream, making it seem like a lot has happened therefore a lot of time has elapsed.

Having control of your dream is referred to as lucid dreaming. Hooper states that avid video gamers are good at lucid dreaming because they spend time living an alternate projected life often.

Overall, Inception made the audience question why we dream, how we dream, if its possible to enter a dream, or if we can control a dream. Even though those questions have limited data. For example, Scientific America published a story stating that new data showed why we dream and why we remember those dreams, the data was essentially tied to the use of MRI brain scanners and the meaning of the findings is ultimately speculation.

All I know for sure: the top keeps spinning.

5 thoughts on “Inception: More Than a Movie?”