Anyone who knows anything about botany knows that plants absorb carbon dioxide from the air during photosynthesis. Photosynthesis is one of the most important things a plant can do; without it, the plant would not be able to survive and grow. In a study conducted by a journal called Weather, botanists found that the consumption of carbon in plants located in the Northern Hemisphere peaked in 2006, and has been steadily declining in each subsequent year since. The results of this study have come as a shock to many people in the world of botany; according to Cosmos Magazine, this peak was projected to take place at some point after 2030. Not only is the amount of carbon consumed by plants decreasing, it’s decreasing quickly. The decrease in carbon consumption from 2013 to 2014 was equal to the amount of carbon omitted by humans in China for a whole year.

Diagram that illustrates some of the many negative impacts of climate change on the Earth (epa.gov)

Not only are these findings shocking, they are also alarming and signal a big problem within our world. If plants aren’t absorbing as much carbon dioxide during photosynthesis, that means more and more CO2 will stay in the atmosphere. As a result, the process of climate change, which is a hot-button issue in society today, happens at a quicker rate of speed. These findings bring up several questions: why are plants absorbing less CO2, and how can we help stop this alarming trend?

Graph showing the increase, peak and subsequent decrease of carbon dioxide consumption of plants – a shocking & alarming finding that could cause big problems for the planet (Weather)

According to the study conducted by Weather, plants are consuming less and less carbon dioxide because to put it simply, more CO2 is being produced by humans every year. The findings of the study show that 30% more CO2 is produced by humans every year. According to the United States Environmental Protection Agency, this means a CO2 producer the size of China is added to the Earth every single year. Since these extremely high numbers demonstrate that the Earth’s plants simply cannot absorb CO2 as much as it could at one point, more measures need to be taken to cut carbon omissions in the atmosphere. This is an issue that has garnered mainstream media attention, with celebrities like Leonardo DiCaprio urging people to take care of our planet and help slow the process of climate change. This study is another convincing piece of data to show the world that climate change is truly one of the biggest issues facing our planet today. 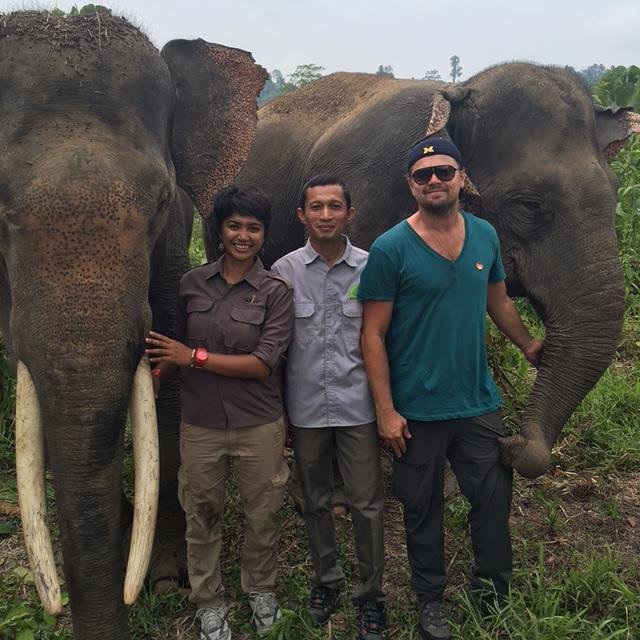 Leonardo DiCaprio (right), pictured here with two elephants and two other environmentalists, is one of the most famous people in the world to actively help maintain the Earth’s environment (Twitter/@LeoDiCaprio)

1 thought on “Have plants reached their “peak” carbon consumption?”