Just by the title I am sure a lot of you are thinking that I must be crazy for writing about this topic in school. However, I think it is a legitimate question to consider, especially at a college level where sexual intercourse is a natural human thing to do. I am not promoting pre marital sex in any way, but the question that something immoral to do before marriage could actually be good for a human intrigues me.

I read a scientific article that talked about reasons that sex could promote happiness. One of those reasons that stood out to me the most was that sex helps cure the common cold. With the amount of coughing and sneezing going on in the classrooms lately it was something that I wanted to take a look at for myself. I came across an observational study done by Dr. Charles Charnetski of Wilkes University that said he observed 111 undergraduate students whom ranged from age 16-23. In this study he asked these students how often they were engaging in sexual activity. He also had the levels of immunoglobulin, IgA, measured in the saliva of the volunteers. This helped to measure the immune systems of the people partaking in the study. The study concluded that having sex once or twice a week caused an increase in IgA in the body by 30%. However, if students were frequently having sex with a partner, their levels of IgA decreased which could have been because of outside factors dealing with the quality of their relationship such as stress or anxiety about the relationship itself. These could have possibly been some confounding variables in the study (BBC News…Cure).

If you are thinking about it rationally the quality of the intercourse could also be a confounder. It would be interesting to ask if the length of the intercourse effected the rate of IgA in the body as well. Other factors of the study to consider whether or not it was accurate would be that the illness that was thought to have been cured by sex may have been a very minor cold, whereas a more severe cold may taken a bit more care than sexual activity to go away.

So, should a rational person engage in sexual intercourse once or twice in a week to try and stay healthy when the cold is on the move? I cannot see why it would necessarily be a terrible thing, but then again morally it could be an issue. Having sex that frequently perhaps with different people could eventually lower self esteem causing a reverse effect where the occasional sex actually makes you unhealthy by causing some depression in the brain due to the lack of self respect. However, if you can live with an occasional hookup there is some scientific evidence that shows you may escape the common cold from doing so. 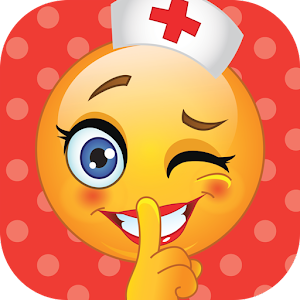 16 Reasons You Should Be Having More Sex, According to Science