In today’s society, everyone is in constant competition for wanting to be the best. What if there was a way to make your offspring the best?  Last year during my A.P. Psychology class, my teacher brought up the subject of designer babies. She explained to us that designer babies refers to the process in which parents can pick and choose traits or eliminate certain traits in their embryos. For those of you who do not know what an embryo is, it is the very first step of development for an unborn offspring. Immediately when she introduced this topic it stirred a very heated debate in my class. Is it ethical to eliminate or add certain traits to an embryo? Some students said yes and some said no. I personally did not like this technological advancement. In my eyes it was unethical because you should not be able to alter how your child will look, its gender, or even their level of intelligence. Those with enough money to have designer babies are already at an advantage over those who do not have as much money, it seems unfair that they would have yet another advantage in life. What traits can you actually pick and choose for your embryo?

The article I used for my information was,”Designer Babies: The Truth Behind Preimplantation Genetic Diagnosis” by Ali Venosa for Medical Daily. After reading the article I found out that there were many common misconceptions behind the mechanisms for alternating genes in the embryo. In my eyes the most shocking thing that I believed about  preimplantation genetic diagnosis (PGD) better known as designer babies is that you could easily decide what you wanted your child to look like and their intelligence level. To me this would eliminate diversity among society. Life would be boring if everyone had the same hair color, eye color, skin color and intelligence. After reading this article, this fact was debunked, you cannot decide your child’s physical appearance to the level that I thought you could. The only thing that doctor’s are capable of right now is deciding the gender and eye color of your child. My only concern about this is not regarding to eye color but to gender selection. In places like China where boys are much more desirable than females, this type of technology could throw the balance off between the sexes. This poses as a problem for reproduction in the future if one gender greatly outnumbers the other.

The more and more I read the article, the more I understood the importance of having the designer baby technology. Let’s say your family has a very long history of a certain disease, thanks to this technology, you can take out that gene in the embryo so that your child has little to no risk of developing that disease. Doctor’s can check your embryo for more than 100 abnormalities that could affect the quality of your child’s life. The most common removal of genes if for diseases like Tay-Sachs, Huntington’s, hemophilia, cystic fibrosis, and sickle cell disease. This technology also allows doctor’s to check the number of chromosomes which would lead to the prevention of Down’s syndrome. If people are given the opportunity to better their child’s life and lower the risk of them developing a disease or being born with a disability, I personally would jump at it.

This whole study is really just a matter of ethics and what you personally believe after being presented with the facts of what the technology can and cannot do. In Andrew’s lecture from October 13th 2016, he presented the question: Are cancer trials ethical? Andrew told us that one group would be the control and would not receive treatment while the other group would be receiving treatment. Our class ruled this as ethical because the parents gave their consent on the study. Taking this into consideration as well as the benefits that I found out from the article, I now believe that designer babies are ethical. I am curious on everyone elses thoughts. 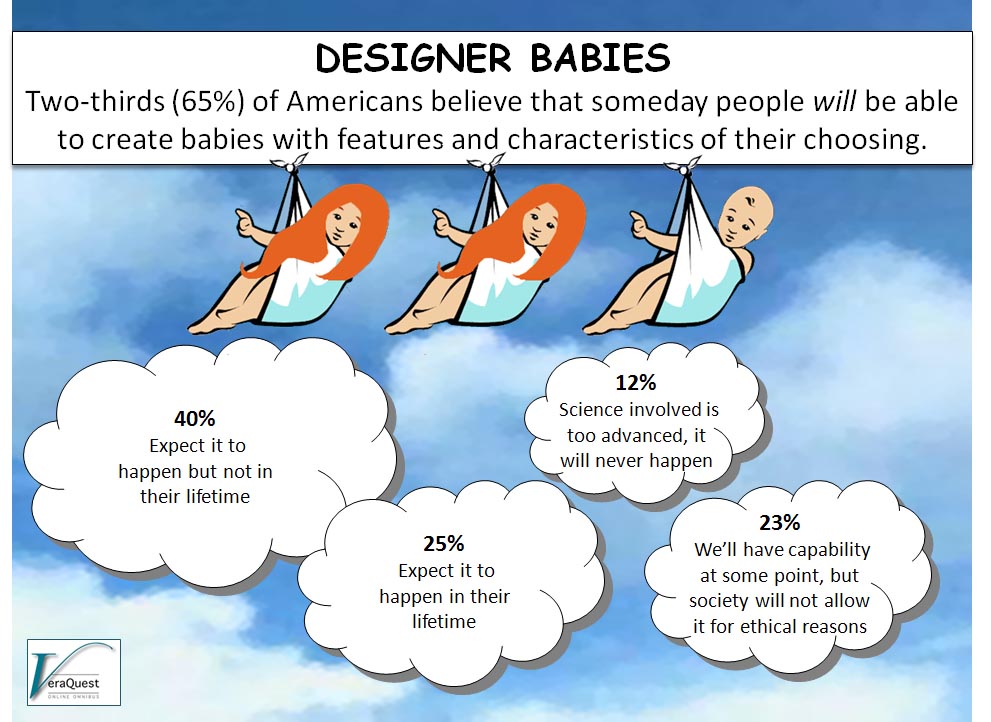