I have been participating in the free yoga classes offered at the UHS building every Wednesday at 4pm (if you’re interested in giving that a go). I enjoy this routine mainly because it is an easy, yet effective workout, and also because it gives me a chance to feel at peace amid my somewhat chaotic weekly routine. I consider this to be essentially the same as meditation, which has been particularly useful to me lately. I take 5-10 minutes out of my day to be completely thoughtless and at peace with my conscious. I know that sounds like mumbo-jumbo to all you skeptics, but in reality, many have attributed meditation to various physical and mental health improvements. Don’t just take my word for it–here’s one man’s story about his journey to happiness through meditation.

About a decade ago, ABC news anchor Dan Harris had a panic attack on live television in front of one million viewers. He had accumulated significant stress from, what he attributes to, an incessant drive for success in his field, as well as his experience in Afghanistan after the 9/11 attacks. Because of this intense stress, he decided to self-medicate with cocaine and ecstasy–a habit which skyrocketed the adrenaline levels in his brain and ultimately led to that infamous mental breakdown on the morning news. Despite his reluctancy to do so, Harris was assigned to cover religion during his period of recuperation.

His new job led him to discover the work of self-help guru Eckhart Tolle, and Dr. Mark Epstein. The latter scholar talks about the connection between psychiatry and Buddhist meditation. These works led the ambitious Harris to research Buddhist philosophy, which provided actionable advice for introspection and emotional regulation. Meditation is in fact supported by a wealth of scientific evidence which supports the notion that such an action has enormous benefits to the brain and body. These benefits include lowering blood pressure, boosting the immune system, and increasing self-awareness just to name a few. While he maintains that meditation will not solve all your problems, author Dan Harris publicly advocates the hobby as it can cultivate positive thinking. So let’s look at the evidence behind Harris’s claim that meditation can make you “10% happier.” Consider the null: meditation does absolutely nothing to improve mental and physical health, which certain skeptics claim, and the alternative: meditation indeed improves mental and physical health, and contributes to a better sense of well-being to the individual (as Harris would assert). It is possible that meditation alone does not improve well-being, as an increase in meditative habits could be correlated with an increase in motivational and organizational behaviors, which would be one confounding variable.

In 2011, the Journal of College Student Psychotherapy published results of a study entitled “The Effect of Meditation on Self-Reported Measures of Stress, Anxiety, Depression, and Perfectionism in a College Population.” Researchers conducted the study on a group of 43 participants, all undergraduate students. Students themselves assessed their levels of stress, anxiety, depression, and perfectionism prior to the study. They were then trained in the art of “transcendental meditation” (putative causal) which they routinely practiced throughout the length of two semesters. At the conclusion of the semester, the response variables were reassessed by the researchers, who concluded that all levels of the four variables had significantly decreased. As the meditation showed noteworthy results, the team suggested that the use of meditation should be discussed further. However, they were not able to substantially assert that meditation was PROVEN to alleviate these symptoms in college students.

Madhav Goyal, an assistant professor of medicine at Johns Hopkins University, evaluated the results of 47 randomly assigned clinical trials on meditation in 2012 . Each of these studies involved subjects participating in either mindfulness meditation, which stresses being in “the present,” or some other psychotherapy technique. (The psychotherapy control group was implemented in order to compare the effects of meditation practices to non-meditation practices–both which have the same goal of improving overall well-being). Goyal and his team of researchers took a meta-analyses of these 47 studies and found evidence which suggests that meditation lessened feelings of stress and anxiety in subjects. However, Goyal did not come up with the data needed to corroborate stereotypical claims about meditation such as its effect on human emotion or attentiveness.

Although scientists were unable to come up with concrete evidence for the mental and physical health benefits of meditation, Goyal speculates that there is still room for discovery. “The trials we’re seeing have relatively small sample sizes,” he notes, “and many of them have problems with their quality.” The latter assertion he attributes to insufficient funding. Some even speculate that meditation could have such varied uses as to treat disease. Scientists like Goyal suggest a need for further studies in this area. (Moyer) 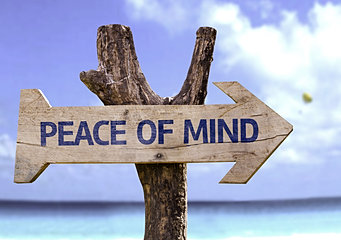 What can meditation do for you?

So what should you think of all this? Does meditation work? Although it cannot completely be proven through scientific evidence, I think everyone ought to try the practice. My best friend overcame Major Depressive Disorder with the help of Buddhist meditation and his therapist who prompted him to try it. Now when I say “Buddhist Meditation,” I don’t mean that this is a practice designed solely for Himalayan monks, rather, anyone can do it. Just ask Dan Harris. All it takes is just a few minutes each day to focus on the ‘present moment’ to see a significant impact on your mental and physical well-being. While science cannot guarantee that this works, the opportunity cost is not very lofty at all. Even if you consider yourself to be a generally happy or stable person, meditation could affect your life in ways your never thought possible–especially if you are not a religious person, such as myself. Who knows, it might even give you the tools you need to power through weekly blogs!…And get an ‘A’ 🙂