I think we can all agree that naps are a wonderful thing. I fondly look back upon the days in which nap time was encouraged; oh how I took it for granted!  Whether accidental or on purpose, napping is a way to re-energize yourself after not getting enough sleep. 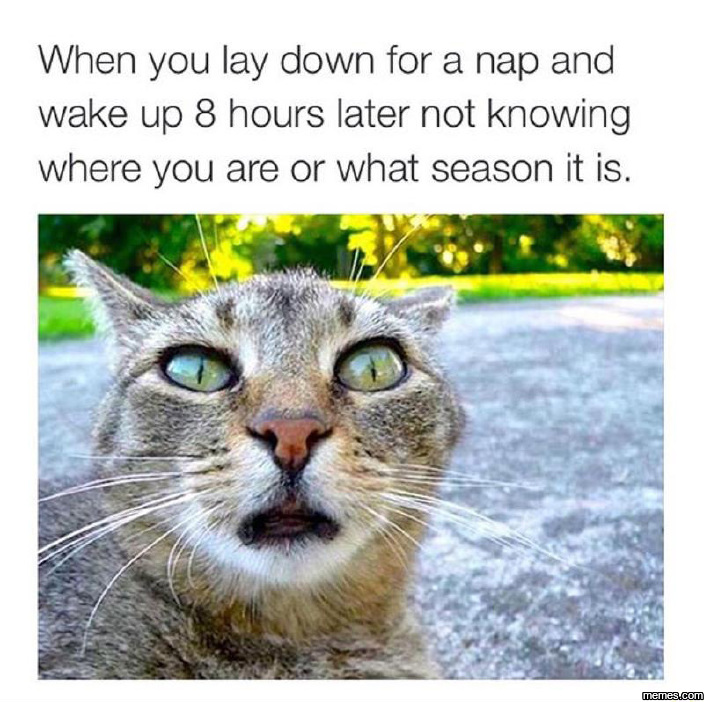 While napping is great, I think we’ve all had those naps where you wake up and don’t know where you are, what year it is, or what your own name is. You look at the clock and five hours have gone by and you’ve missed dinner. These naps tend to do more harm than good, seeing as they make you feel groggy and less alert. So, what is the best amount of time to take a nap for to improve alertness? Well, there have been many studies done on this, especially about people who work night-shifts, so I’m going to look at some of these studies and try to come to a conclusion.

In a study published by the American Academy of Sleep Medicine, 31 adults participated in a randomized experiment. The subjects were randomized into three groups: a group that would receive a 10 minute nap during  a simulated night shift, a group that would receive a 30 minute nap, and a control group that would not get any nap. This experiment was conducted over three days. The subjects were tested for alertness at the beginning and end of their “shifts”, and before and after their naps for alertness and cognitive abilities. The study found that those who took the 30 minute naps or no naps had decreased performance on the tests for alertness, with p-values <.015 and <001, respectively, while those taking 10 minute naps had the same level of performance. The results from this study suggest that a 10 minute nap is more beneficial for staying alert. Although it is a properly designed randomized control trial, I feel if the sample size was larger it could really make the results more reliable.

This study, published by the Journal of American College Health, focused on the napping patterns of college students. It was an observational study 440 college undergrad student participants. The students were asked to report  the length of their naps, the time when they took the nap, and how often they napped per week. They also reported the quality of their nighttime sleep according to the PSQI. The study concluded that those who took naps longer than 2 hours more than three times a week had poor quality night time sleep. Obviously since this is an observational study, we cannot rule out confounding variables. In addition, the results of this study are self reported, which could result in faulty data. Despite these flaws, I still think the results demonstrate that longer naps do more harm than good for alertness.

6 thoughts on “How Long Should You Nap?”