A very controversial  topic in the world of science is animal testing. I believe that animal testing is crucial for the day in age that we live in. Animal testing is the use of non-human animals in order to research and develop pretty much anything from food and drugs to experiments on certain parts of the body. The most common animals used in animal testing are rats and rabbits I would assume because they are very fast at reproducing. Animal experimentation is looked upon by some as a perfect way to explore studies and test drugs; unfortunately others see it as animal cruelty.

Animal testing has been practiced for over 2000 years, and over 26 million animals are tested in the United States every year. According to the California Biomedical Research Association, ” Every medical breakthrough in the last 100 years has resulted from some sort of animal testing” if true that is very critical in the argument that animal testing is indeed a huge benefit. A perfect example of Animal testing being a success is with the polio vaccine, according to Animal-testing.org in 1988 there were 350,000 cases of polio, the vaccine was tested first with animals to see if it would work, in 2012 there was 233 cases in the United States. For the people who are against animal testing, there needs to be an alternate to testing on animals, there currently is no alternative. Even if we were to test humans there is a chance we wouldn’t be as good of a test component because we live so long; the shorter life cycles of animals is better to deal with in an experiment. 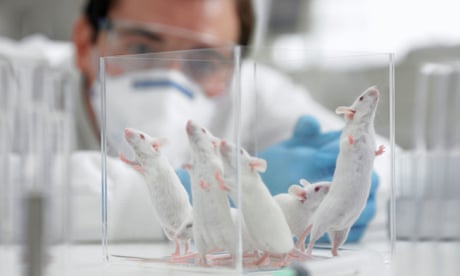 Then there is people who are against Animal testing for various reasons most people could understand. Animals being forced into chemical testing doesn’t sound like something that is very appealing to us. Even though there are many great discoveries that have come from Animal testing there is still some factors that people need to know about. Stated on this website it mentions something along the lines of the body make up of animals is so different than humans that many things that work very good in animals actually fails more than 80% of the time once it is tested in humans. Obviously animal rights activists are not big fans about animals being apart of prolonged lab tests but I would say that all in all Animal testing need to continue on considering all of the breakthroughs that have come from it.

In conclusion, Animal testing is good, here is a video on how the polio vaccine had such an impact on society. The pros absolutely out weighs the cons, they are aiding research for sickness at rapid rates that the science world has not ever seen before. Countless people have been cured through medication founded through animal testing and through our lives many more huge breakthroughs are on the way.