Today in my hospitality management class, we were beginning to go over the next concept; Travel & Tourism. The slideshow showed photographs of different destinations that are often visited by tourists, and I remember seeing a picture of Switzerland on there. The kid a couple seats down whispered to her friend how pretty the picture of Switzerland was and how badly she wanted to visit. The friend responded by agreeing about how beautiful it was, then proceeded to say when she visited before, she noticed how everyone and everything there seemed so happy and stress-free. Then that got me thinking: What makes a country happy? Which countries are the happiest? My first assumption was Canada because they get free health-care, but I decided to expand that assumption. Here are my findings:

According to the 2016 World Happiness Report, Denmark takes number one as the happiest country. Following Denmark, Switzerland, Iceland, Norway, Finland, and Canada are at the top of the list. The distribution of happiness report was written by John Helliwell from Canadian Institute for Advanced Research and Vancouver School of Economics at the University of British Columbia, Haifang Huang of University of Alberta Dept. of Economics, and Shun Wang, of KDI School of Public Policy & Management, Korea. The main purpose to decide the happiness was decided upon individual evaluation. To tie into that, additional variables were taken into consideration: social support, GDP per capita, freedom, kindness, life expectancy, as well as issues being present or not. 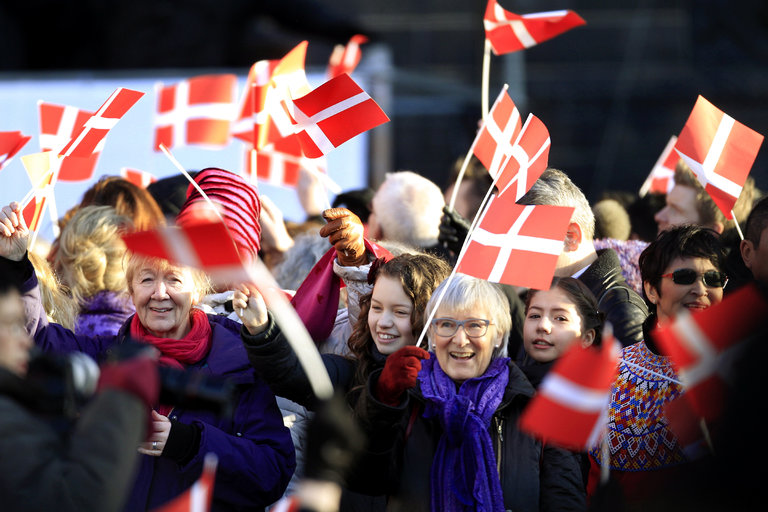 The results came from data of surveys conducted between 2012 and 2015. The data was retrieved from 157 countries, with a sample size of 3,000. Elements that were measured were life evaluation and a series of questions asked based on life purpose. After conducting the surveys, the data was spread from all countries and showed the impacts on each variable taken into account. The regression table showed that variables Freedom to make life choices (p=.039) and Generosity (p=.032) made the most influence on positive effects of the individual’s happiness.

In terms of measuring the ranking of countries, the data regression table also had a column that measured average ladder score (the average reply to the questions asked from the survey) for every country. Then each country’s data was divided by bars on the table which represented each of the 6 variables measured, as well as a 7th bar to represent the sum of life evaluation & the life evaluation prediction error. Based on these measurements, European countries ended up with the highest results of happiness. Life expectancy, generosity, GDP per capita, and the other variables measured the highest for Denmark (score of 7.526 out of 10). Naturally, this makes sense as Denmark and the following countries are all European. These results are fascinating to me because the same top countries have been the happiest for years now, but it’s a matter of the countries swapping places within the top of the list as each year goes by.

After learning what goes into ranking the happiest countries and which ones were the happiest, I also began to wonder some additional factors. For example, the results show that for years, European countries have been at the top of the list, and those top countries switch rankings each year varies-but what makes the switches occur? A source from LiveScience infers that researchers found that the yearly changes happen from averaging sample size. So, the main variables measured (GDP per capita, generosity, life expectancy, etc) remain the same, but it is a matter of how many people are measured for each country to determine which country gets the number 1 spot. Another remark from the article caught my eye, which stated how researchers found that the population tends to be happier if they live somewhere where there is an even spread of happy people. An article from The Telegraph explains how Denmark’s taking #1 comes from the same variables stated from the 2016 World Happiness Report, but it also includes some more interesting information. It describes how other crucial factors add to the decision, such as the welfare and healthcare systems-which has led to Denmark’s wealth gap very small compared to other countries. An additional source claims results from another article that gives more factors that are believed to have been part of the formula why Denmark was #1, such as their culture, their level of volunteering population, and the fact that a large portion of their population bikes (which leads to a longer life expectancy as they are more fit). These are all elements that I had not thought about, but it all makes sense when it all adds up. Thinking about it, The United States has an obesity issue, and adding other factors measured, I’m not surprised that Denmark is #1 and America isn’t.

Next time I think about traveling somewhere outside the country, I’ll highly consider thinking of somewhere in Europe from the top of the list to not only get an amazing experience being in Switzerland, The Netherlands, Denmark, etc, but to experience what a genuinely happy country looks like. 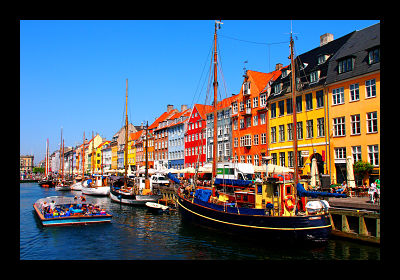 I took a glance at the World Happiness Report for 2015 to see any differences or similarities, if you also wanted to check it out!

4 thoughts on “What Makes a Country Happy?”