How many of your friends smoke cigarettes or use tobacco products on a regular basis? How many of your friends smoke at parties or consider themselves only a social smoker? I would be willing to bet that the latter is more common. I know that on more than one occasion in the past I have woken up and regretted the cigarette that I bummed from someone at the Gaff the night before, but why is social smoking so common? 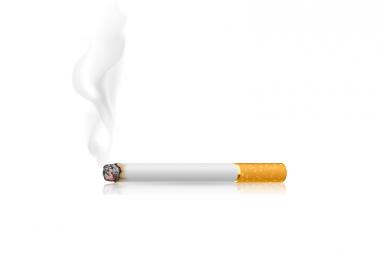 According to this study published in The Official Journal of the International Society for Neurochemistry, booze and tobacco go together like peanut butter and jelly. The study was conducted by Rishi Sharma and his team of colleagues at The University of Missouri. Rishi states that based on recent research, nicotine effects the brain through the basal forebrain. In an article about this study, written by Dana Dovey on medicaldaily.com, it notes that the basal forebrain controls things such as attentiveness and reflexes. Could the stimulant attributes of nicotine effect the depressant properties of alcohol?

The team from the University of Missouri tested this question by experimenting on 20 male adult rats. Each rat had two electrodes implanted to record data while they slept. The electrodes measured three levels of sleep: wakeful, NREM, and REM. These 20 rats were divided into four groups of five rats each.  The first group of rats, the control group, was administered small doses of artificial cerebrospinal fluid and water. The next group was given nicotine and water. One group was given artificial cerebrospinal fluid and diluted ethanol (35% alcohol). The final group was given both nicotine and alcohol.

So why do people smoke when they drink? Maybe their bodies are telling them that they need a pick me up. According Sharma, tobacco enhances the effects of alcohol, making it more enjoyable for the drinker. This combination of deterring sleep while enhancing the experience could explain co-use. No mechanism has been identified yet.  Regardless, both alcohol and nicotine are very dangerous drugs that account for many deaths every year.  One beer or cigarette will not kill you, but it is important to avoid abuse of these chemicals

3 thoughts on “Nicotine and Alcohol Co-Use”