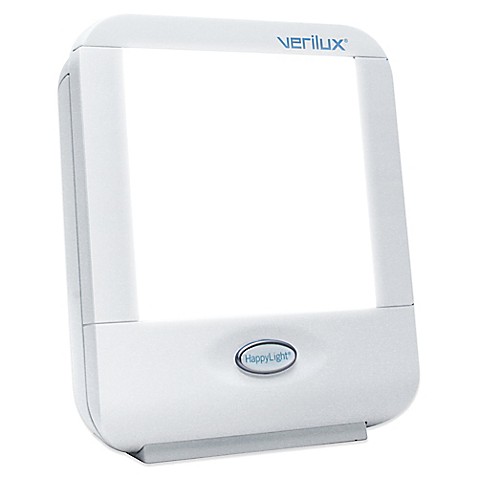 I personally love fall weather. The cool crisp air, the stepping on crunchy leaves, and being able to wear my boots are just a few of my favorite things about fall. However, there is one thing I dislike about this time of year: how early the sun sets. When the sun has started setting while I’m still eating dinner, I just feel tired and all I want to do I crawl into bed.

This feeling is pretty common, and it’s known as seasonal-affective disorder, which is a mood disorder in which the colder weather and decreased exposure to sunlight causes people to be depressed. This can occur with all people, even those without typical depression. Luckily, there are ways to combat these depressed moods in changing seasons, the most effective way being light therapy. With light therapy, you get exposure to natural light that you are otherwise lacking due to the change of season (MayoClinic). Here is an example of one of these lights that you can use. I’ve used something similar to the example provided, a “Happy Light”, and I personally found it helpful.

In doing research about Seasonal-Affective Disorder, psychologists and scientists have found results that suggest that these “happy lights” can help people with depression year-round. In a study published by the Journal of Affective Disorders, 95 people with either bipolar depression or unipolar depression were randomized into two groups: one group that would receive bright light therapy, and a control group that did not. Initially, there was no difference between the two groups, with p=02. However, after some more time, the study found that those who received bright light therapy had improved symptoms with p=.02, and that some even achieved remission with p=.04. This study provides strong evidence that light therapy can be helpful for people with depression, however it should be noted that the participants in this study were on medication prescribed by psychiatrists during the study, so light therapy may me helpful with depression, but not on it’s own.

All in all, I think bright light therapy, specifically “happy lights” are a useful and fairly cost-effective way to help with mood disorders, regardless of whether or not they are seasonal.

2 thoughts on “Seasonal-Affective Disorder and Depression”