We’ve all heard the myth: Gum takes 7 years to pass through your body. Growing up, I’ve always been petrified of swallowing gum, having heard horror stories of kids who need to

have huge wads of swallowed gum surgically removed because it never digested. However, how accurate is this myth? I decided to investigate.

What is Gum, exactly?

According to the Food and Drug Administration, gum is a base that is a nonnutritive, masticatory substance made up of either synthetic or natural rubberlike materials, including plasticizing softeners, preservative antioxidizing agents, and resins. The components are often tree-derived, and gum can be traced to somewhere around 2,000 years ago in America, or a primitive form of it (FDA). Although this sounds complicated and worried, it ends up being a simple formula that is consistently delicious. However, is it dangerous for your digestive tract? Let’s investigate.

According to livescience.com, this myth is false. Gum passes right through one’s digestive system just as any other food would, as your body has every capability to break down gum’s components over the course of a few days, including oil derivatives, sweeteners, and the 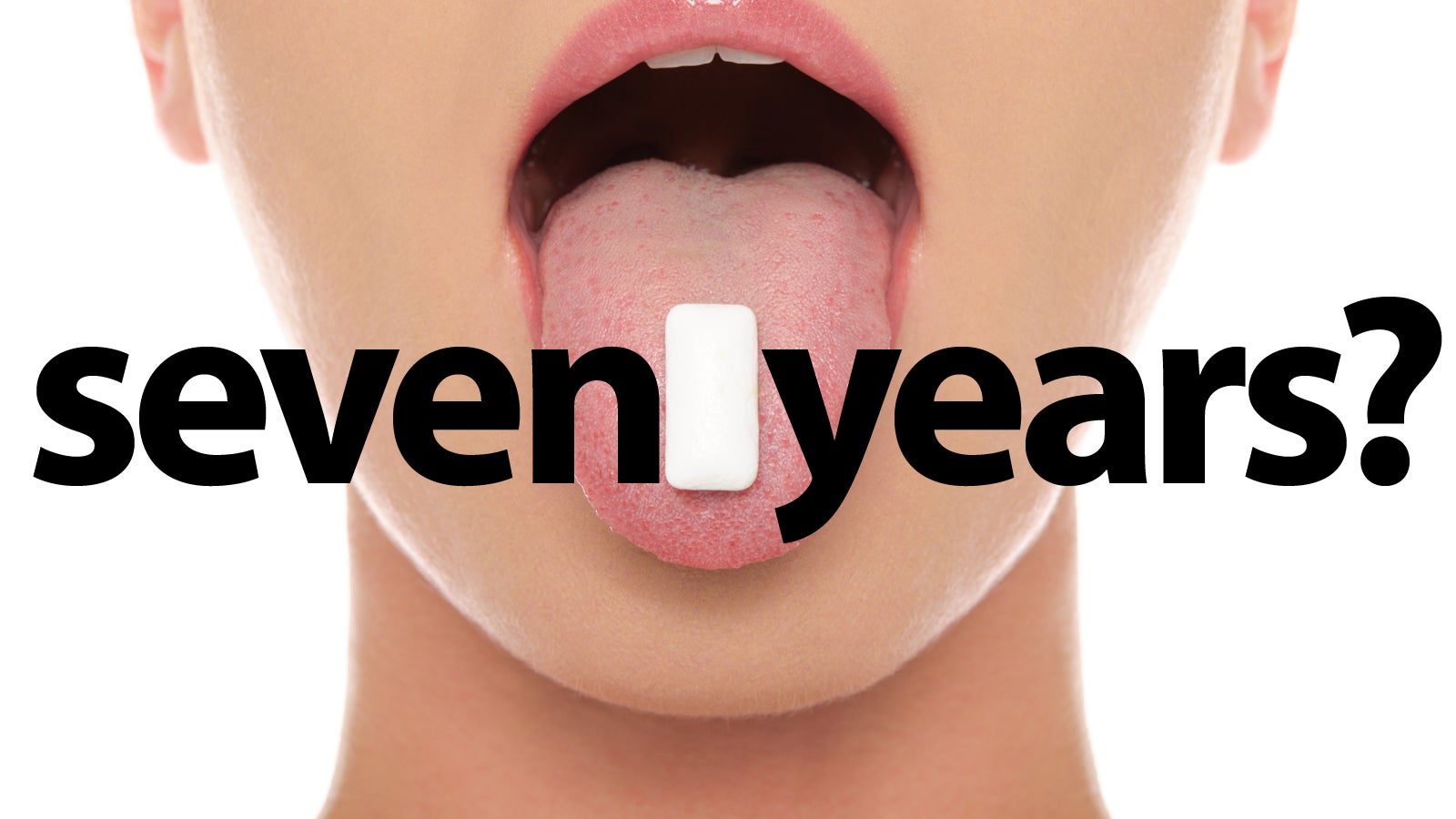 rubber or latex base, which can take slightly longer. However, the author of this study, Joseph Castro, does not recommend swallowing gum, as in some cases, children have in fact needed gum surgically removed if enough is swallowed in a short enough amount of time, causing constipation. Scary stuff… let’s take a look at another study.

In the next case, we look at John Matson’s research in his article for the Scientific American. According to Matson, this myth is still false, as it is impossible for anything to stay in the digestive system for so long unless it was too large to physically be removed, such as something larger than a quarter. He agrees that the majority of gum’s components are easily

broken down. However, a few are a bit more difficult than others (Matson). Although gum most likely passes through the system slower than many other foods, it will usually pass through with ease. However, Matson agrees that this doesn’t mean it is a good idea to regularly swallow gum, for the same reasons, as it has historically needed the rare but possible surgical removal if too large of an amount is present.

In conclusion, it seems as though this old tale is rather innaccurate, and gum digests relatively easily, but perhaps slower. However, it remains in one’s best interest not to frequently swallow gum, as difficulties can occasionally arise, and why not just spit it out? It’s cleaner, quicker, and easier, anyways. Just don’t stick it underneath Andrew’s desk trays!

6 thoughts on “Does it really take 7 years to digest swallowed gum?”