Who is Annie Dookhan you may ask? She was a government chemist for the state of Massachusetts who worked with the government in the criminal justice system. As many of us know, in this day and age forensic evidence is one of the strongest pieces of evidence we can utilize to track people down or place people at the scene of a crime; but if that power an privilege is abused or used for the wrong reasons…what could happen then? 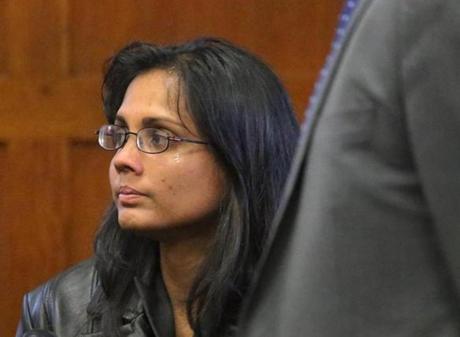 Dookhan has now been found guilty on 27 counts of misleading investigations, falsely executing reports and tampering with evidence during an ongoing investigation. She has also been sentenced to serve two years of probation and to undergo mental health counseling, but only if needed. At this moment, Dookhan is out on bail. The courts are now scrambling to go through all of her former cases and deciphering which pieces of evidence she and her colleagues may have contaminated. Because of this catastrophe, the state has currently expunged 600 people’s convictions, released over 300 people from prison, and is pushing to complete thousands of others. A representative from the District Attorney’s Office stated the lab scandal has burdened not only the district attorneys, but also the courts. Due to the scandal, the courts have had to free or grant prisoners new trials to fulfill fair and impartial justice. The representative went on to say that it is something that will have to be corrected for a very long time.

I personally think the real burden that should be focused on is that of those wrongfully convicted because of this woman, those that have lost precious moments with loved ones or missed important milestones in family members’ lives. Thinking about this huge load to bear, I think the next question that may come up in someone’s mind is “why?”. Why would Dookhan do something like this? According to evidence through e-mails and conversations between Dookhan and prosecutors, she had a very close relationship with them and was very willing to assist them with different cases. A prosecutor communicating with Dookhan stated not only that he needed an evidence sample of marijuana to weigh 50 pounds at the minimum, but also the reason why. This prosecutor actually explained to a lab worker that his goal was to place a trafficking charge on the defendants and that this was the only way, The prosecutor concluded his e-mail by saying that any assistance she could give him was extremely helpful and made sure to add an abundant amount of exclamation points and thank you’s. Dookhan later responded with a simple OK and a sample measurement of over 70 pounds; well over what the prosecutor needed. Other prosecutors have been seen begging for her testimony at trial even after she explained she was not qualified enough to provide it because they felt they could not win without it. It could have been a combination of wanting to be accepted, a heavy and stressful workload, and maybe other factors that caused Dookhan to commit these crimes.

I think this is a perfect example of what science with no scientific process can cause. Because of this was a state-run facility that looked like it was doing a good and productive job, nobody questioned it. It was fulfilling a societal role and pushing a political agenda which is keeping “bad” people in jail. In reality, Annie Dookhan was putting innocent men and women in prison on the whim of the prosecution by falsifying evidence and tampering with data. She is in such a serious and important position I would have hoped that she had people checking over her work not affiliated with the cases or the department overall that could approve the amount of data she goes through or compare it to other labs her size, or even the variability of the results she was producing. Unfortunately though, when you look like you’re doing a “good job”, people don’t seem to question that. I think it’s important to remember who the real victims of this tragic crime are; not the labs or the reputation of the courts, but the people who were put in prison or jail off of this terrible forensic work that was unjust and incorrect. Do I think 3-5 years is enough for falsely imprisoning 40,000 people? Absolutely not, but I would typically leave that up to the discretion of the courts…but after researching about this, I think I will respectively not feel as comfortable with trusting our justice system.