We’ve all eaten much more than our stomachs have room for at some time or another. Maybe you managed to clean two full plates of turkey on Thanksgiving last week. Maybe you can’t wait to pig out on more wings than you can count during the Super Bowl (I do). Whatever your cause for devouring way too much food than you should, you will likely want sleep like a baby soon after your king-sized meal, which is commonly called a food coma.

Now, people question whether or not a food coma is actually a real thing. The answer to that is yes. Postprandial somnolence, the formal name for a food coma, is no myth. Whenever you eat a ton of food, your body actually does experience a food coma, which is not to be mistaken for a coma. However, unlike a coma, the human body doesn’t shut down due to some sort of ailment when you decide to channel your inner cookie monster.

Postprandial somnolence is caused by two things. The first cause is a diversion of blood and energy towards digesting the obscenely large amount of food in your stomach, which makes your energy level quite low. The extra energy that is diverted towards digestion is taken away from exertion, which is why you can’t really do much once you get up from the table. The second cause is the entrance of a lot of glucose into the bloodstream, causing drowsiness and makes you want to crash pretty soon after your feast.

Knowing what is behind a food coma, we are left with a very important choice. Anyone who feels like they want to avoid food comas should avoid overeating, especially overeating meals that are full of sugar (glucose). And for everyone else who loves the feeling of a food coma after eating far more than you should, especially sugary treats such as chocolate or a sugary drink accompanying a huge meal, keep on pigging out on holidays when it’s socially acceptable. After all, football is on all day during Thanksgiving because nobody has the energy to do anything other than plop on the couch and watch it. 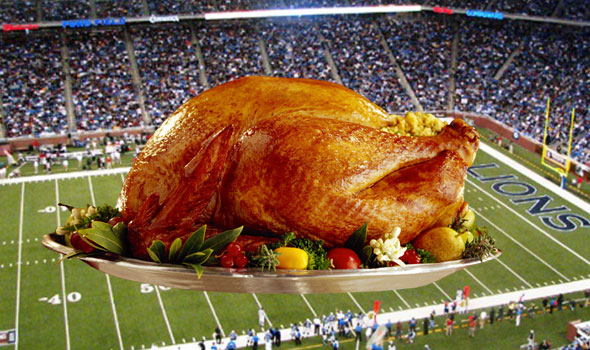 2 thoughts on “Food Comas Are Real!”